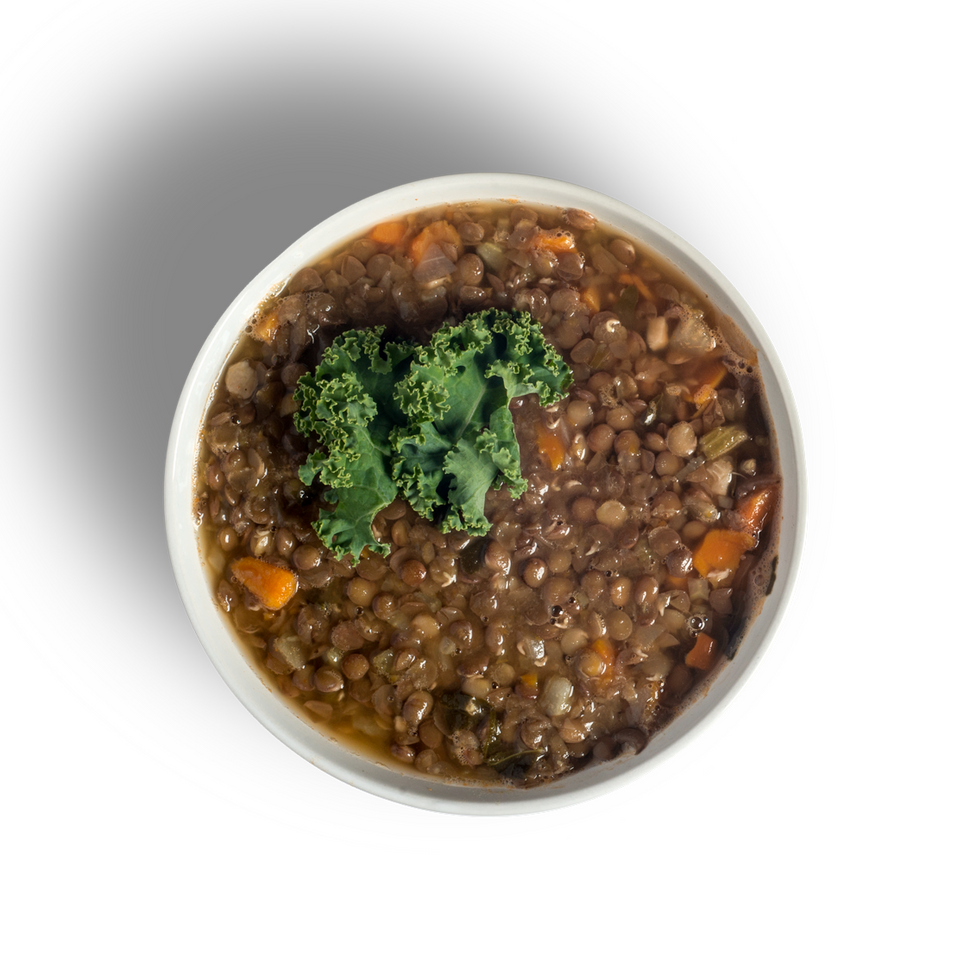 Image by Courtesy of The Soupergirl 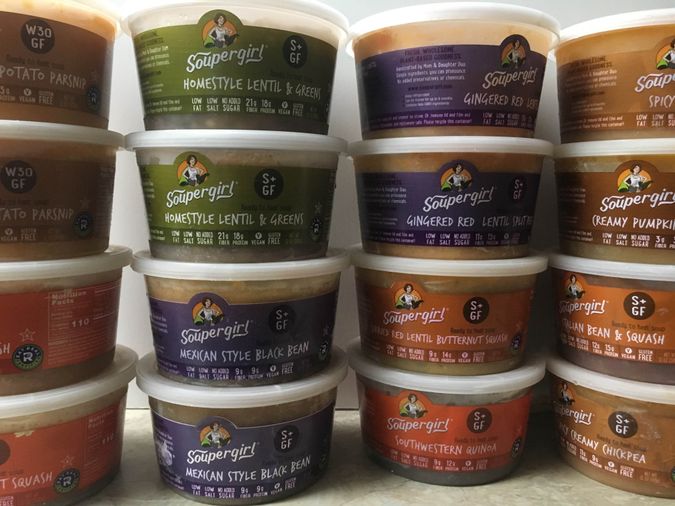 The package arrives, and it’s bigger than I expected. Ripping the inside of it open reveals 20 soups cradled in a bed of ice packs. They’re colorful, and the marketing declares it ‘Fresh, Wholesome, Plant-Based Goodness, Generously Crafted By A Mother-Daughter Duo.’ It’s appealing, I have to admit. It’s all part of the Soupergirl soup cleanse I am doing; allowing nothing but soup to touch my lips for the next three days.

For many women, the process of being asked what they want to eat is daunting and involves asking themselves questions like: Will I indulge today? Will I be healthy? What if I bloat tomorrow? What and how women eat is so often intertwined with their sense of self-worth, how they’re seen by others, and even serves as markers of social class. A product like Soupergirl’s soup cleanse should be appealing to a certain kind of woman, because it takes the guesswork out of meal-making. You’re eating healthy and that’s that.

But can anyone survive on soup alone? I’m about to find out.

I rise at dawn. Just kidding. I rise at 7:55 am. I’ll ease myself into my new liquid lifestyle with a Creamy Sweet Potato Parsnip. After three minutes of roasting in the microwave, I sit down to feast. Like most people, I’m not used to eating soup for breakfast. This one is pureed and silky. It’s kind of like eating a smoothie with a spoon.

(Full disclosure, I accompany it with one coffee, and then another.) 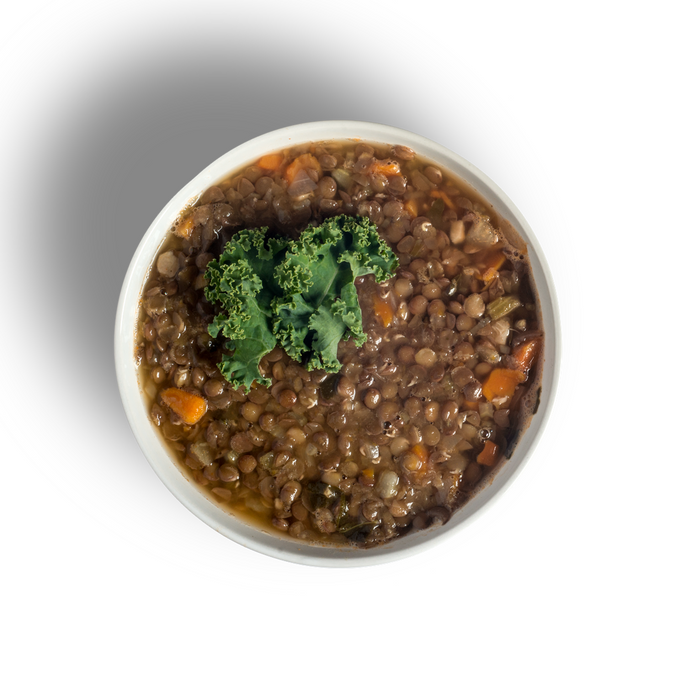 Image by Courtesy of The Soupergirl

I am hungry at 10:50 am and crack into a Homestyle Lentil and Greens. I have to admit there’s something comforting about the utter predictability of knowing exactly what you’re eating. It’s kind of like what will happen in the future when we will all pop pills containing entire meals in them. It’s scary, but inevitable, and who I am to stand in the way of progress and mankind’s soul-crushing journey to fix stuff that ain’t broke, like the process of eating.

According to the soup schedule I am given, I am meant to have four soups a day, interspersed with two light snacks. The snack suggestions are freshly cut vegetables or half a cup of edamame. I won’t tell you what my snacks were, but let’s just say they were not that.

A Mexican Style Black Bean Soup tides me over for about an hour, and then I’m hungry again. A Southwestern Style Quinoa Soup has a similar effect. Is it me? Have I broken my body by feeding it too many processed foods for too long that it can no longer understand when it’s hungry and when it’s not?

(Dinner is not soup.)

Split Pea Mint soup for breakfast, despite being hand crafted and all natural, does not improve my mood. I miss chewing. My teeth aren’t getting their daily allotted exercise and they are getting angry at me.

For my midmorning light snack, I have a Spicy Creamy Chickpea Soup. I suspect that the soups are making me immortal. I feel lighter, faster, quicker, although maybe that’s just the hunger gnawing away inside me. I’m living healthy. I’m adding years to my life. I’m eating a toasted scallion cream cheese everything bagel. Whoops.

Lunch is Creamy Pumpkin Mushroom. It is creamy indeed, but to my fevered mind, it is no lunch. Food is political. Eating healthy is a privilege. Having the time and energy and money to organize or buy healthy meals is something lots of people don’t get to do, and I am depressed thinking about how even when I have access to fiber-rich vegan food choices, I tend to dislike them.

(What I have for dinner isn’t a soup, let’s just leave it at that.)

The soups are stored in my freezer, and according to their packaging, they can remain like that for upwards of six months. There is no reason to limit myself to just consuming them. There are so many foods out there. There’s the undeniably simple pleasure of eating something terrible for you, the extremely primal pleasure of cooking something you once loved as a child, or the unadulterated adventurous joy of eating colorful, bright, weirdly textured things you can’t quite identify on sight. Why just soup? This is what I think as I consume an Italian Bean and Squash Soup.

My midday snack is a Smoky Quinoa Butternut Squash. 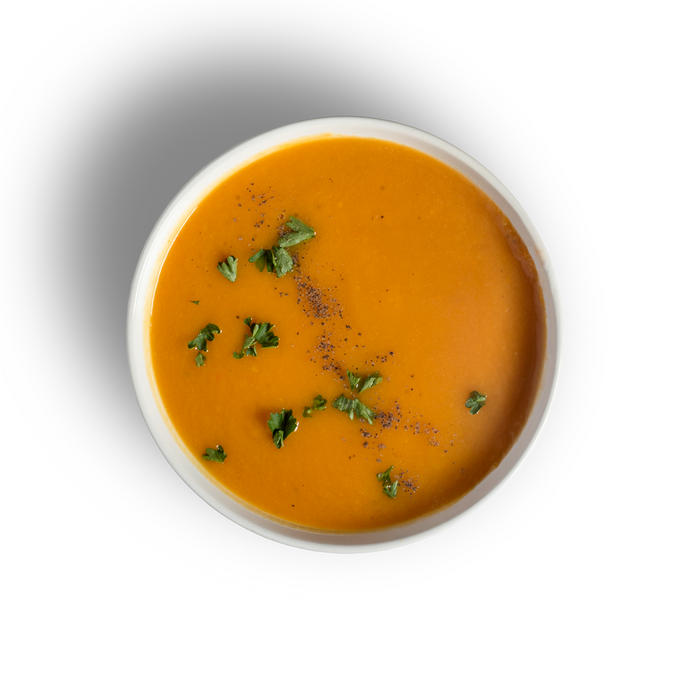 My lunch is a Creamy Sweet Potato Parsnip.

I’m starting to receive weekly breezy emails from Soupergirl and Co. They’re talking to me like we’re all in this wacky soup business together and I’m a sucker for it. I can understand exactly what each of the ingredients on the labels are and I’m a sucker for that too. The mystery of modern, processed food is exactly what you’re eating, and how it was made. It’s appealing to know now that I’m actually eating carrots and zucchini and sweet potato, and it was made by a mother and daughter duo up in Washington.

But if I am very honest with myself — I want more than soup. These soups are fine, but they’re not enough for me. I want the pancakes and the sandwiches and the babka and the quinoa-stuffed eggplants as well. I want to eat more than what is given to me. That has to be okay, right?

I have a Curried Red Lentil Butternut Squash soup for dinner. And then, I go buy myself a burger and a soda.