How To Cook The Ottolenghi Way 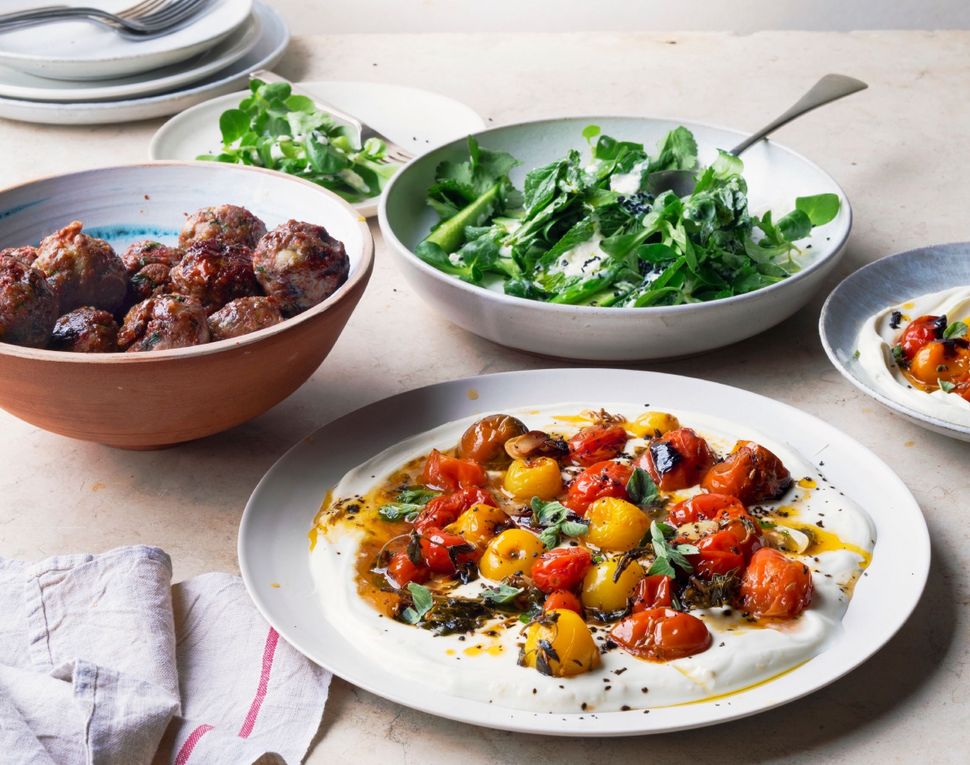 “One person’s idea of cooking simply is the next person’s culinary nightmare.”

This according to Yotam Ottolenghi, the Israeli-born, London-based chef and cookbook author whose vegetable-and-spice-forward recipes — in popular books including “Plenty” and “Jerusalem” — are widely considered to be as delicious as they are complicated.

What, then, does Ottolenghi know from cooking simply?

“I’ve seen all the raised eyebrows in relation to the length of some of my recipes or the amount of herbs I’m requiring to be picked,” he told me. “I’ve never felt guilty about this, though. I love herbs and I love the idea of my food being associated with celebration — but, of course, the ability to give home cooks an Ottolenghi cookbook for the everyday, as well as the celebration, is a really exciting thing.”

“Ottolenghi Simple,” which he co-wrote with Tara Wigley and Esme Howarth, is that book.

“And, no, for anyone wondering, ‘Ottolenghi Simple’ is not a contradiction in terms!” he writes in the new book’s introduction. Not only does the chef acknowledge that “simple” means different things to different people, he also notes that for him, it’s “being able to stop at my grocery store on the way home, pick up a couple of things that look good and make something within 20 or 30 minutes of getting home.” For his husband, Karl, the other hand, it means that if they’re having friends for the weekend, “he’ll want to spend a good amount of time beforehand, prepping and cooking as much as he can so that very little needs to be done when our guests are around.” 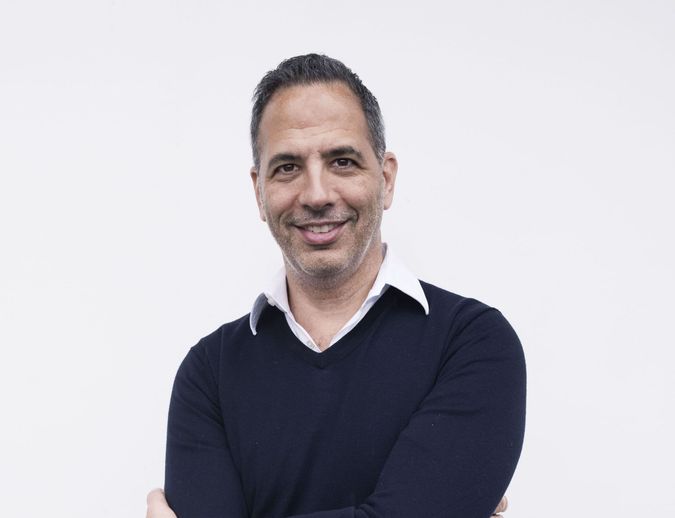 Ottolenghi organizes the new book entirely around that principle, with each character in the word “simple” representing a different type of simplicity and showing up as a symbol at the top of corresponding recipes: An orange S means “short on time”; a green M means “make ahead”; a blue P is for “pantry,” meaning the recipe is made mostly from ingredients you probably already have on hand.

For those looking for five-ingredient, 20-minute meals, however, this may not be the right book.

“There are recipes we’ve managed to get in under the ‘Ottolenghi simple’ radar that would not be in other ‘simple’ books,” he said. “Things like a five-hour lamb shoulder, for example: This is simple in terms of being an ‘L’ (Lazy: ie, you can leave it in the oven and get on with something else), but not if you only understand ‘simple’ to mean Monday night, 20 minutes, two leeks and four eggs (in which case look at recipe number one in the book!).”

The “Ottolenghi way” is about abundance, bounty, freshness and surprise — and he’s not about to sacrifice any of those for simplicity’s sake. “This was the big revelation to me: that there was no compromise on flavor or texture or layers in any of the dishes,” he said. “There is not one recipe in the book which feels like a compromise.”

That couldn’t have been easy. “At first I thought it was going to be a real challenge — limiting my recipes to 10 ingredients or less!” he said. “But it very quickly became a liberation. It was strangely freeing, knowing there were all these places I couldn’t go. It focused the mind.”

The resulting recipes, beautifully photographed by Jonathan Lovekin, don’t shy away from the exotic ingredients Ottolenghi is known for, but there are fewer of them in each dish — and since the publication of the earlier books, they have become more accessible to American home cooks. The book contains a helpful section on “Ottolenghi ingredients”: 10 things he urges readers to seek out and stock up on. These include barberries (imagine a tart reddish currant), black garlic, rose harissa and pomegranate molasses.

The recipes remain vegetable forward and Mediterranean/Middle East accented, and the book includes a section of what Ottolenghi calls “‘SIMPLE’ meal suggestions, from midweek to weekend suppers,” which are subcategorized by season. Each menu comes with a few suggestions in parentheses, such as “make up to 4 days ahead” or “make the salsa in advance.”

In addition to many vibrant, colorful vegetable dishes, from chopped salad with tahini and za’atar to pumpkin, saffron and orange soup, a smaller meat section contains several types of meatballs, from lamb-feta, to beef with lemon and celery root, to ricotta and oregano. Lamb meatloaf with tahini sauce and tomatoes is a school-night supper recipe I want to make right away (it’s marked M, for “make ahead”). The fish and seafood dishes, such as chile fish with tahini, and roasted trout with tomato, orange and barberry salsa, look restaurant quality but tend to be as quick-cooking as they are beautiful.

I laughed when I saw the dessert section, which doesn’t include one single recipe marked with an S (short on time). I homed in on the Nutella sesame hazelnut rolls, because Nutella tops the list of my teenager Teddy’s favorite things (he made an actual list when he was little, and it went like this: “Nutella, pie, my family”). The photograph in “Simple” shows rolled cookielike confections that resemble rugelach, and the ingredient list includes yeast. No way was this going to be simple, I thought. But the yeast is instant, and the very basic dough requires only one 40-minute rise. The cookies start out as one long rolled log, which is then cut into 10 pieces. As I read through the five steps, I realized that they would be fun and fairly easy to do with the boy who loves Nutella more than he does his own mother.

What, I asked Ottolenghi, excites you most about the book? “Hearing that people are cooking Ottolenghi dishes on a school night,” he replied. “That ‘Ottolenghi Simple’ is not a contradiction in terms. That this might in some way help take the anxiety out of cooking for people.”

Indeed, for those who aspire to cook “the Ottolenghi way,” who accept that they need to stock their pantries with Ottolenghi items, and who lamented the length of time and the prodigious list of ingredients and steps required to make many of Ottolenghi’s previous recipes, “Simple” will be a most welcome addition to the cookbook collection. 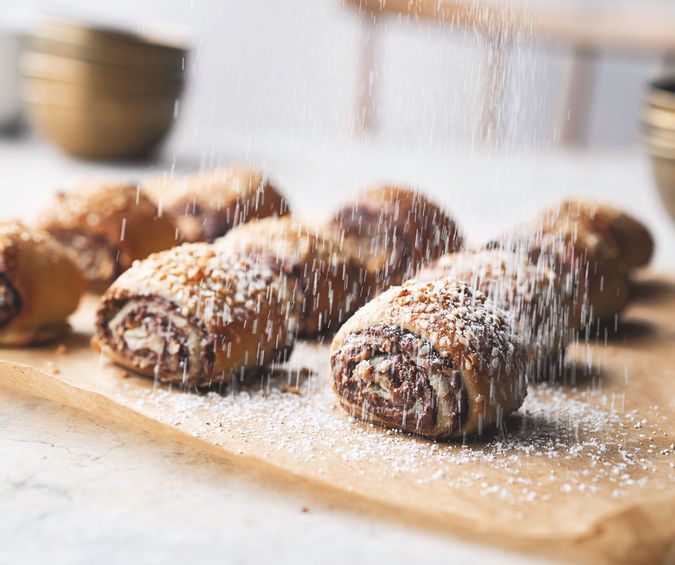 Two assumptions qualify these for “Ottolenghi SIMPLE”: One is that everyone has a jar of Nutella in the cupboard, hence “P” for pantry-led (a bit of a stretch, we know!), and the other, for the “E,” that making your own dough and rolling it up into all sorts of deliciousness is easier than it looks. The result is something between a cake and a cookie, best enjoyed as a treat with a cup of tea or coffee. The dough is delicate, so it’s important that you soften the Nutella (until it’s nearly runny) before spreading it.

1 cup plus 3 tablespoons bread flour, plus a little extra to dust the work surface

3 tablespoons olive oil, plus a little extra for greasing

½ cup Nutella, softened (in the microwave or gently on the stove, until easily spreadable)

Liza Schoenfein is the Forward’s senior food writer. Find her on Instagram, @LifeDeathDinner

How To Cook The Ottolenghi Way