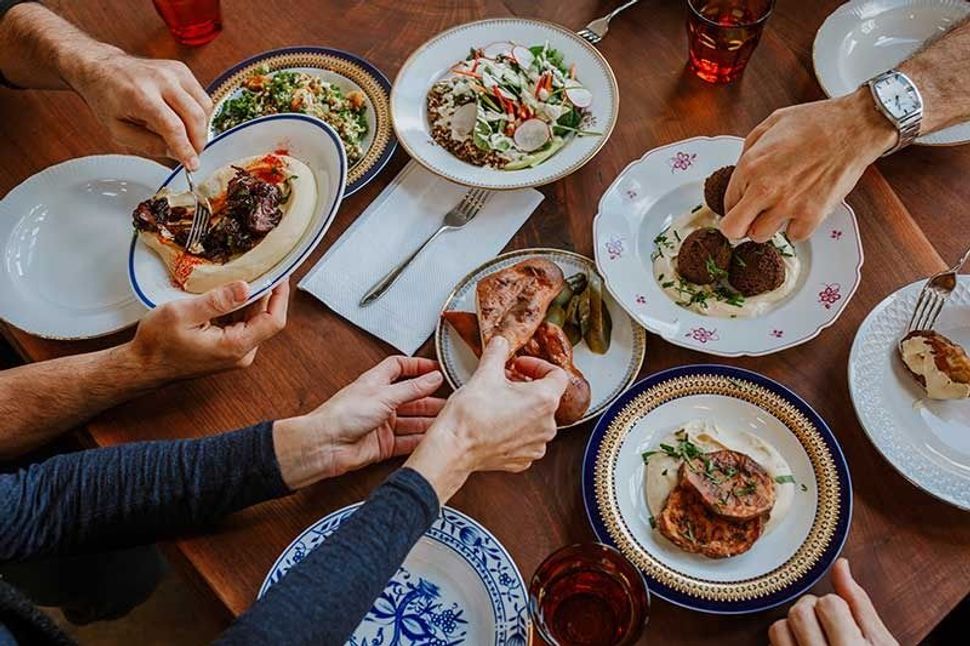 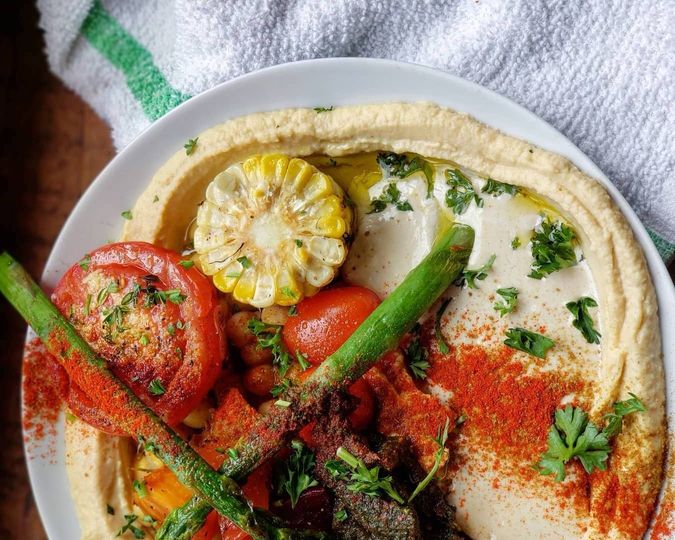 Could the world’s best falafel come from a former industrial building on a quiet street just north of downtown Toronto?

I’m already waiting for blowback from that statement, but the herb-infused, bright-green orbs I had at Parallel looked, tasted, and smelled like no falafel I’ve experienced anywhere.

I’d set out to write about Parallel’s signature product – sesame butter, a.k.a. tahini. Set in a soaring space whose compact dining area fronts a busy – and completely exposed – kitchen and manufacturing operation, the eatery opened this year and became an instant hit.

The business was founded by three brothers – Guy, Alon, and Aharon Ozery – whose multi-million-dollar family bakery business north of Toronto employs 200 people and supplies hundreds of wholesale clients. Born in Canada to a British mother and Yemenite-Israeli father, the brothers returned to Israel as tots, then back to Canada as teens, before ricocheting back to Israel one by one. All three now live near Toronto; their father launched Ozery Bakery in 1996 with Guy, the eldest brother.

Once the Ozerys zeroed in on sesame butter as their next frontier, they sought out a space “big enough to accommodate our factory, but would also let us create a destination rich enough for people to go out of their way to visit,” Aharon Ozery told the Forward.

It’s worked. The exquisite sesame butter that Parallel mills, pasteurizes, and packs in-house has become the talk of Toronto; so has the industrial-chic factory that produces it, and the dining room where foodies gobble it up after schlepping to out-of-the-way Geary Avenue for one of the 20 or so tables or six bar stools.

Parallel’s sesame butter is no ordinary tahini. The brothers source what they call superior sesame seeds from Ethiopia. The seeds get steam-roasted – rather than heat-roasted, the common practice – in “a very delicate, slow process that keeps the flavor and adds a light, golden color,” Ozery said.

As if that wasn’t enough of a draw, Parallel grinds its seeds – in full view of the dining room – on a nearly two-ton stone sourced from Syria, imported to Israel, and schlepped to Canada, where it now rotates daily in a giant vat. “It’s volcanic stone, considered the best for grinding,” Ozery said. “And it can make about 100 kilos of sesame butter a day if we use it fully.”

Parallel’s hummus, which uses its sesame butter as a base, is spectacular — smooth, creamy, earthy, and greaseless. You can order it at lunch topped with mushrooms or hunks of roasted vegetables. It’s accompanied by pillowy organic pita the Ozery Bakery created just for parallel. A more expansive dinner menu showcases lusty small plates like eggplant with tahini and challah, grilled asparagus with labneh and eggplant creme, and cauliflower with a vibrantly colored beet tahini.

For dessert, there’s superior halva, made in-house from that exceptional tahini in flavors like matcha or coffee. It’s rich, not too sweet, slightly melty, nutty, and addictive, and it pairs perfectly with Parallel’s strong espresso. “We have a food developer at the bakery, and she worked on our halva for a long time,” Ozery said. “It’s got no additives, no preservatives, none of the stabilizers that some makers use.”

With all of those attractions, it’s still Parallel’s falafel that haunted me.

Larger than the orbs you get at most Middle Eastern joints, the falafel reveal themselves once you cut them. An almost shocking bright green, they nearly tingle with parsley, coriander, mint, scallion, parsley, and green pepper. They’re complex and incredibly light. A pool of rich tahini beside them makes a perfect complement. Like the rest of the menu, the falafel was conceived by Tomer Markovitz, a consulting chef who became a partner. “You won’t find this kind of falafel anywhere,” Ozery said. He was preaching to the converted.

Next for the Parallel Brothers, as they’re known in Toronto: An expansion of their wholesale business, including their well-received line of packaged goods and jarred sesame butters. Getting the product into stores across Canada comes next, followed by a US tahini invasion — and another Parallel slated to open in Los Angeles by 2020.

In the meantime, Toronto’s the only place to sample Parallel’s singular take on Middle Eastern staples. “We all come from different places. Our chef’s background is Libyan and Austrian. And we’re trying to bring this great Middle-Eastern vibe,” Ozery said. “We want to bring all of these cultures together.”