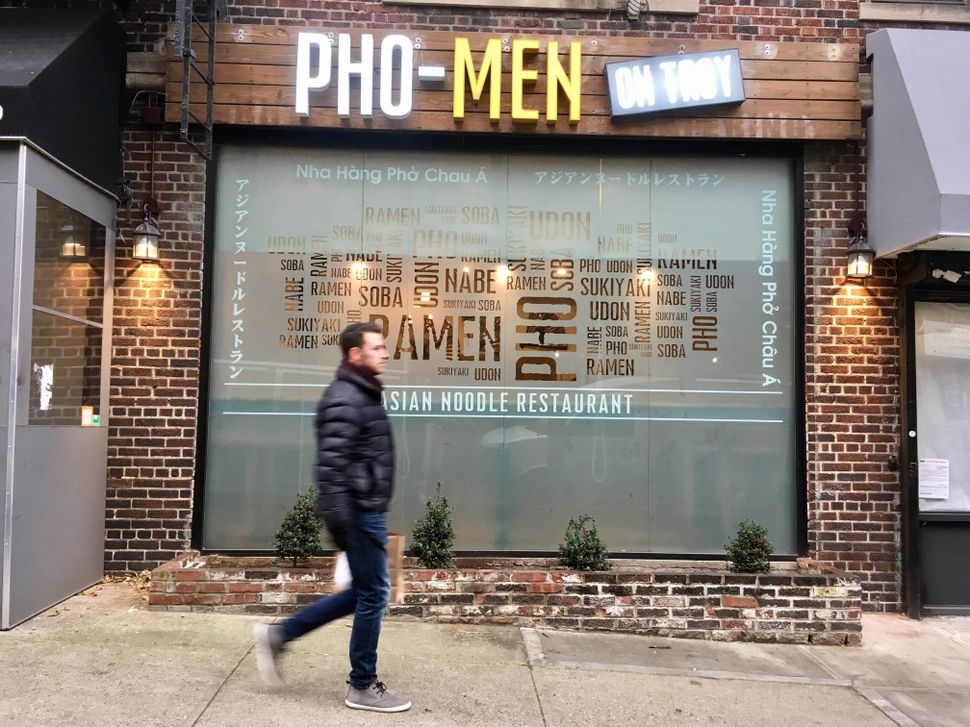 In front of Pho-Men, located on 411 Troy in Crown Heights. Image by Shira Feder

Every day throngs of Lubavitch Hasidim pass by Pho-Men in Crown Heights and stare.

A Japanese place that doesn’t serve sushi nestled in the middle of Hasidic Crown Heights is bound to raise some eyebrows. The man (or “visionary,” as one of his staffers called him) behind those raised eyebrows is Levi Jurkowicz.

“I never saw myself as a restaurant owner, even last year,” Jurkowicz says. “Last year I wanted to be finishing physics, in school.” Jurkowicz used to be a Lubavitcher Hasid, one of the more outreach focused Hasidic sects, who send shluchim, or emissaries, across the globe to spread the good word. “I used to go around the Chabad houses in Asia,” he says. “I smelled the food and I was hungry. I was born hungry. So I had to bring that back.” 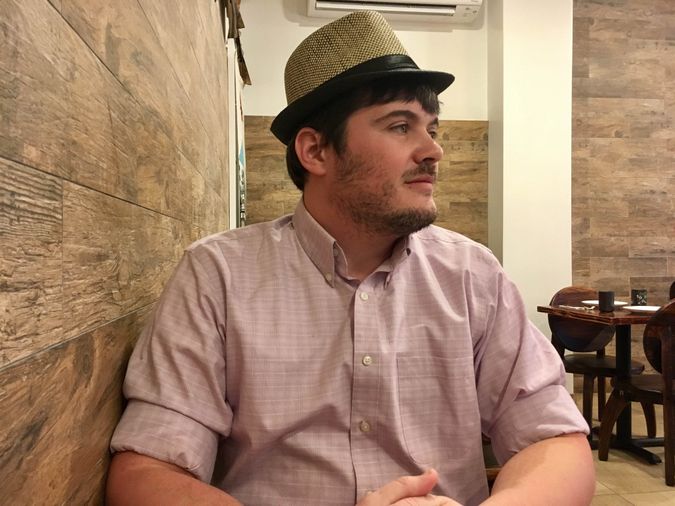 Jurkowicz, who is one of fourteen children, has siblings scattered to Chabad houses across the globe, some of whom have tasted Pho-Men’s offerings and some of whom haven’t. ”I’m guessing when my mom will try the food, she will be proud,” he says. “She comes in a lot but she’s never going to try the food. It’s not chicken soup.”

Jurkowicz always conceived of the restaurant as kosher. “I like a challenge,” he says, and pioneering authentic Vietnamese food to a community raised on pizza and bagels certainly is a challenge. “To make it non-kosher is very easy. Pork and it’s done.” Instead, Jurkowicz works with a ranch in Pennsylvania where his cattle is killed to his specifications. “I make them eat what I want them to eat so they taste how I want them to taste,” he says. “I wouldn’t want them to eat anything I wouldn’t want to eat for myself.”

For Pho-Men’s mostly religious clientele, the menu is a mystery. Jurkowicz and Co. find themselves spending a significant portion of each day just deciphering menu items like pho and bahn mi for their customers. The restaurant has yet to make a profit, and Jurkowicz is keeping mum about his financial investment.

“I don’t cut corners,” says Jurkowicz. “I’ll travel to Queens to get galanga. I’ll travel to Staten Island to get kaffir limes and I’ll go where I need to go.” Jurkowicz has a staff of a dozen employees, including two who are special needs, as part of a partnership with Hebrew Academy for Special Children (HASC) and Ohel, a Manhattan-based Jewish social services non-profit. Legally the employees can’t work more than 20 hours a week, but in the time that they are at Pho-Men, one is in the back making bubble tea and the other earns titles from Jurkowicz, like Best Waiter and Number One Mashgiach.

Jurkowicz admits he’s had some disagreements with kosher inspector Rabbi Yosef Braun, who is in charge of inspecting the kitchen’s kosher status. “I’m sourcing in new items the community’s hasn’t seen,” he says. With items like kosher ramen (he won’t reveal his source), kaffir lime, thai basil and galanga, the kosher inspector is reticent about giving out precedent-setting okays.

When it comes to authenticity, Jurkowicz is reminiscent of Ivan Orkin, the white Jewish Long Islander that went to Tokyo to teach residents how to make ramen. Fellow Jew Andrew Zimmern was recently raked over the coals for suggesting that his new Chinese restaurant Lucky Cricket would be an arbiter of Chinese culture for Midwesterners. Can a white Jewish guy cook authentic Asian food? Can it ever be authentic?

Jurkowicz doesn’t have any easy answers. All he knows is that “growing up we didn’t have anything to eat. We had bagel and lox and pizza. Now the food is growing. We have Jews all over. Jews are from all over the world. Why not cater to them?” 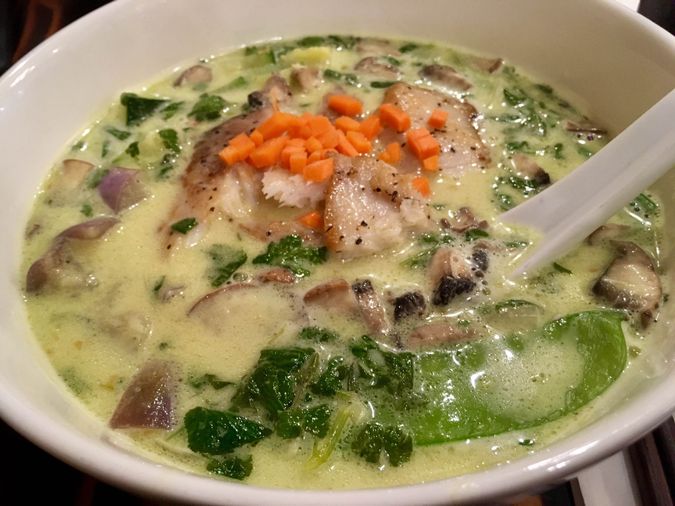 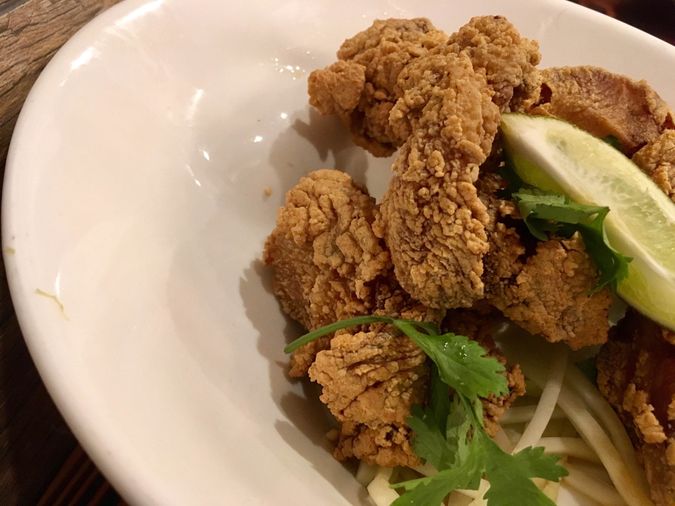 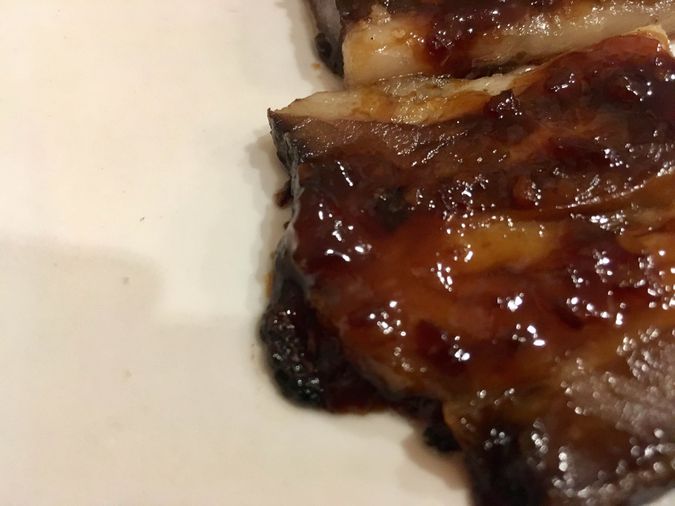 Jurkowicz calls this his faux-Canadian bacon. Image by Shira Feder