How Two Orthodox Musicians Got Oprah To Love Their Pricy Popcorn 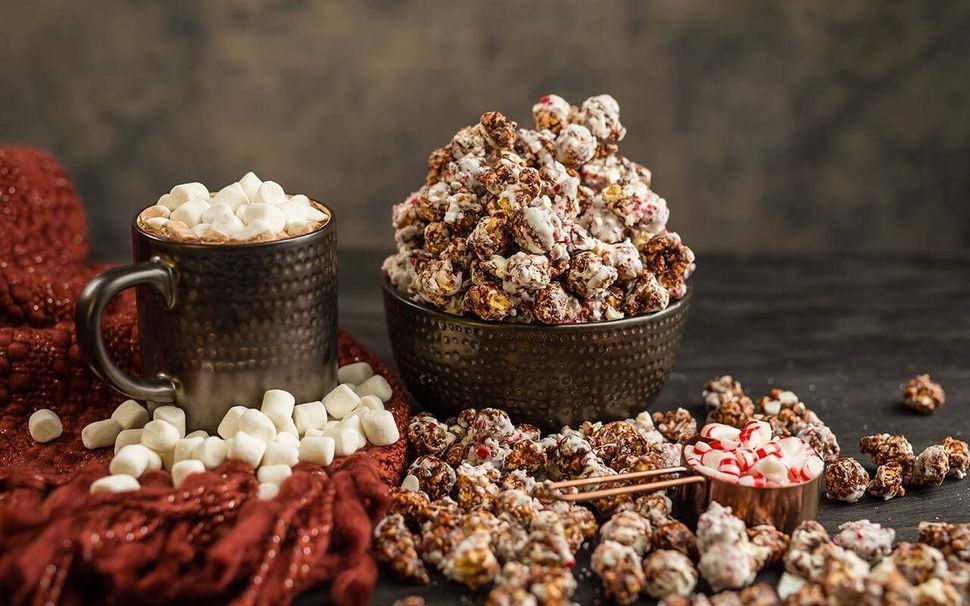 In the dead of the summer, when people crave popcorn the most, Aaron Zutler and Jacob Goldenthal, the two owners of artisanal kosher dessert popcorn Popinsanity, used to make ten batches of popcorn a day. Now they make forty batches daily, and it’s all thanks to Oprah Winfrey.

“We started February 2013, and didn’t sell our first bag until November 2015,” says Zutler. Popinsanity’s prices are on the high side — on their website it’s $12.95 for a 12-ounce bag in its best-selling flavor, Cookies and Cream,, while in grocery stores it can be $15 and in Beverly Hills it can hit as high as $18. “That was two years of understanding the popcorn market, asking where we do fit in, and are we smoking crack thinking we’re going to sell a bag for $12,” said Zutler.

It was an expensive gamble that started with a failed business venture. Goldenthal had been planning to open a cafe, but two days before opening he had to pull out. He was able to return all the appliances except the popcorn machine, which was final sale. “It was sitting in my living room for about a year,” said Goldenthal, who is a trained chef. Eventually he started using it, and Popinsanity was born in Goldenthal’s Monsey basement. “We made 4-5 bags every hour,” said Goldenthal. “Now we produce 10,000 pounds a week.” 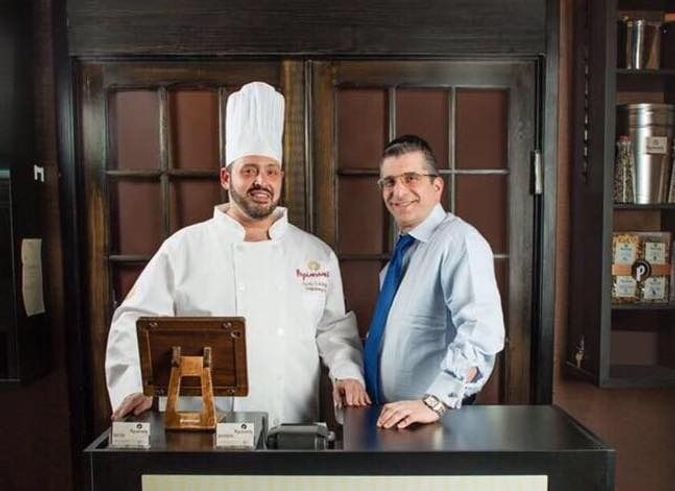 Zutler and Goldenthal were musicians playing the Orthodox wedding circuit before they were businessmen. After taking on Popinsanity, they went for what Zutler calls “the low hanging fruit,” the caterers they had once worked with.

“Hey, I have an item for you,” Zutler told his first caterer, Avi Krasnow of Chap-a-Nosh.

“Popcorn, really? How much is it?” was the response.

After tasting those sweet-and-salty kernels, customers started placing their orders.

It’s called Popinsanity because the domain name Popsanity was taken, but that doesn’t really matter. Google searches for Popsanity just bring you to Popinsanity. And the name isn’t because the prices are insane. “It’s because the taste is insane,” says Zutler. They’ve got a proprietary formula, their recipe is a trade secret and the name is trademarked. A trip inside the factory revealed employees pumping out batches of popcorn using a custom-made $150,000 popcorn machine.

Their caramel flavor took the duo two years to create — and while they’ve seen some copycats offering dessert popcorn at a fraction of the price, no competitor has lasted. “And at the end of the day there aren’t many popcorn companies that are offered at a $5-million wedding, and we do that quite often,” says Zutler. In fact, party planners were some of Zutler’s biggest customers before he went national.

All the popcorn is made in a small one-room factory off Route 59, across from a fire station and down the block from a Walmart. They have 11-18 employees and no publicist. And they had zero idea what Oprah’s favorite things list was, until they were included.

“We thought it was only Jews who knew how to buy $80 worth of dips and newspapers for Shabbat,” said Zutler. So they started going to trade shows and setting up booths complete with chandeliers and magicians. It was at one of those trade shows on July 12, 2018, when they were approached by Adam Glassman, Oprah’s creative director, who was scouting America for Oprah’s annual December favorite things list. 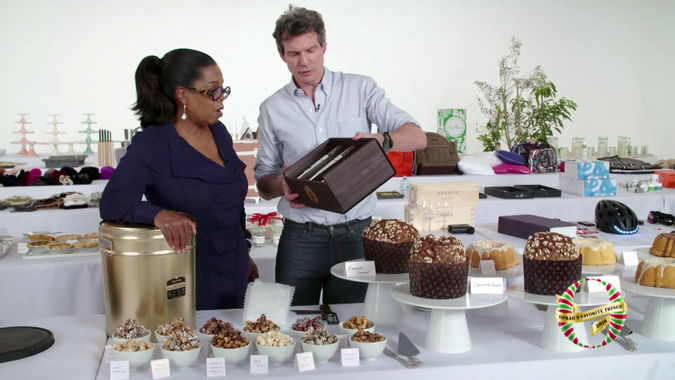 “I had no idea what it was,” said Zutler, of Oprah’s list. Following that was a Good Morning America appearance – but there was a hitch. Good Morning America offers its viewers a discount on the Oprah-approved products, but Popinsanity, as per policy, doesn’t do budget items or sales (although they’ve been pondering a more affordable version for wholesale).

In about 7 hours, they sold 14,000 units to Good Morning America viewers.

Since Oprah, Popinsanity sales “have increased about 400%,” said Zutler.

“We found out later that there are consults, there’s a course, there are books to read on how to get to Oprah, on how to present yourself to Oprah,” said Zutler, who is planning a hefty thank you Popinsanity-filled gift basket to send to her. “We’re just two guys on Route 59 in Monsey, and she’s taken us national.”

Shira Feder is a writer. She’s at @shirafeder and [email protected]

How Two Orthodox Musicians Got Oprah To Love Their Pricy Popcorn