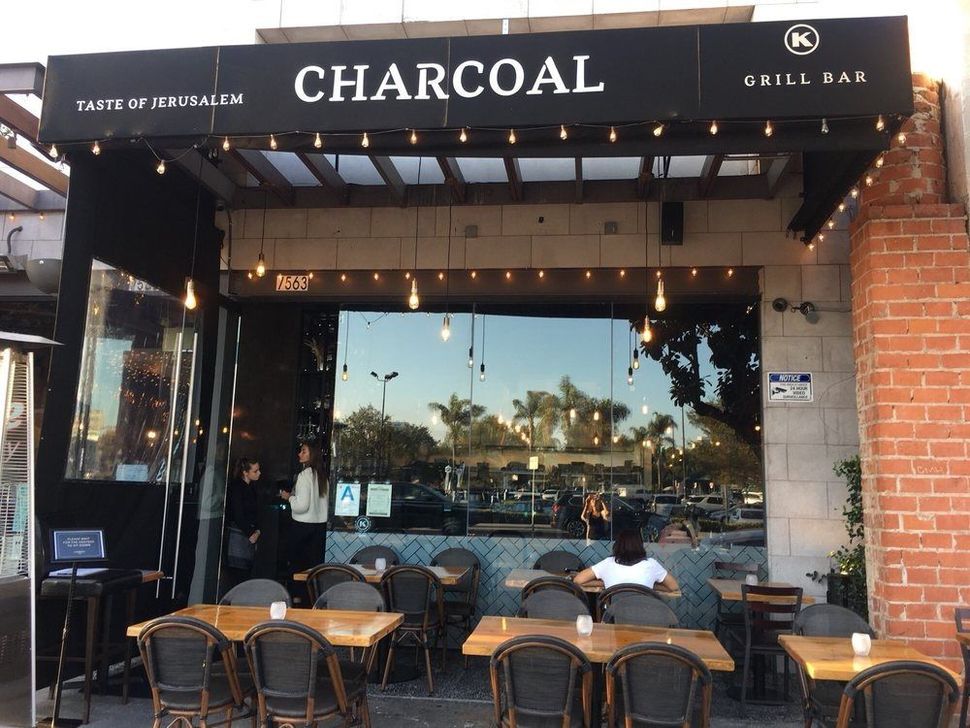 Exterior of Charcoal Grill and Bar Image by Yelp/Sin Y.K.

At Charcoal Bar and Grill in Los Angeles’ Beverly Grove, Israeli shuks (marketplaces) are the inspiration for executive chef (and partner) Lenny Nour. According to Eater LA, Nour was sent at age fourteen to Israel, where he worked on a farm and served in the military. He got his cooking credentials at East Coast kosher high-end restaurants like Doma Land + Sea, Mike’s Bistro and Alenbi, mastering the art of grilling fowl.

If you’ve never been to Israel, Israeli shuks are colorful, bustling places full of vendors hawking their wares, which vary from fresh gooey rugelach to fresh salmon. Scattered throughout the shuk are eateries offering fast food like fish-and-chips, kebabs, and elaborate cakes made of halva. It makes sense that restaurants on the domesticated West Coast would want to emulate the homier, looser, wilder environment of their Middle Eastern counterparts. A full bar and live music certainly don’t hurt either.

The restaurant is named after the hand cranked, open flamed charcoal grill where Nour uses mesquite charcoal to create his specialties, like grilled branzino. Nour’s biggest concern? As he told Eater LA, it can be tough to turn tables, since people are comfortable hanging out until midnight.