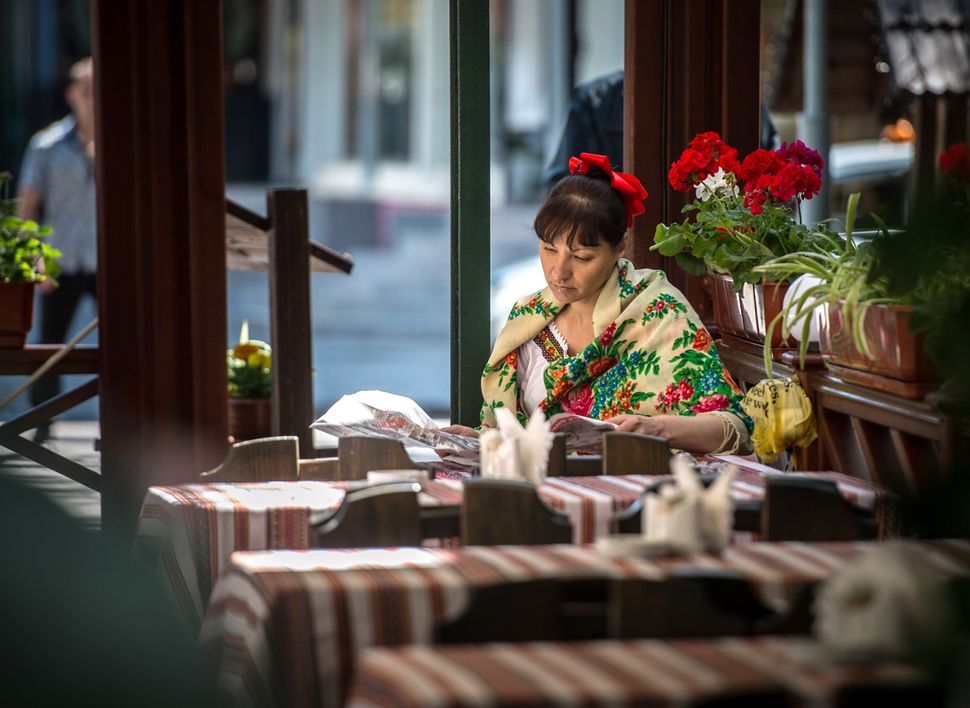 A waitress wearing Ukrainian traditional clothes reads a newspaper in the traditional restaurant in the absence of clients during a warm sunny day in the southern port of Odessa on 7 May, 2014. Image by Getty Images

Odessa, for an urban metropolis, is pretty quiet. That’s how writer Caroline Eden describes the city, established in 1794, which exists on the fringes of what was once the former Soviet Union, where the spoken language is a Yiddish-inflected Russian and the cuisine is an eclectic mix of Jewish and Italian chow.

Here places like Watermelon Dock, Cafe Fanconi and Jewish Street (which once was home to KGB headquarters) exist. Here forshmak is served in restaurants, a Jewish pate of liver and apples that did not immigrate with the Eastern European Jews who once ate it. It’s a reminder that Odessa, once a largely Jewish city, is now only 3% Jewish. Yiddish phrases like lebn vi got in Odes, ‘living like God in Odessa,’ and zibn mayl arum Odes brent dos gehenem, ‘the fires of hell burn for 7 miles around Odessa’ once implied that Odessans had such a good time in their city that they’d probably go to hell for it. 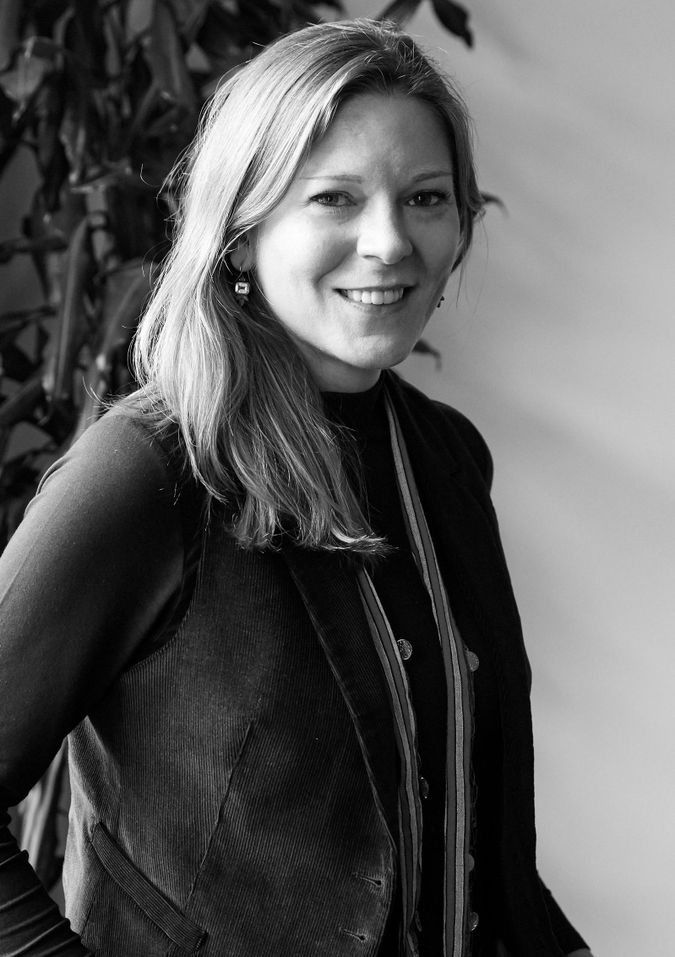 After spotting the Black Sea from the window of a dusty Turkish bus in 2013, Eden became obsessed with both the inky expanse and the countries surrounding it. That led to a book, ‘Black Sea: Dispatches and Recipes, Through Darkness and Light’, which told the stories of the Swiss winemaking immigrants of Bessarabia, a woman who claimed to be the last fisherwoman of Bulgaria, and of course, Ukraine’s Odessa, the Babylon of the Black Sea, a city teaming with Jewish history.

She spoke to the Forward about how she got lured into the area.

So what compelled you about the utter darkness of the Black Sea?

CE: After seeing the Black Sea in Turkey in 2013, I returned home with a desire to understand more about the history of the sea itself. I wanted to find out what lies under the waves, what the sea has meant for centuries of trade and migration, and I wanted to explore the foodways of the surrounding countries. My main motivation was to answer questions. Questions such as: How can history books claim the Black Sea to be both the ‘birthplace of barbarism’ and ‘the sea that welcomes strangers’? I wanted to find out what, if anything, was left of the sea’s historic trade routes and I wanted to know what connects its towns and cities today. I decided to use food as an agent for exploring, where possible, and to keep harvests, fishing, trade and migration as central themes when traveling through the Black Sea’s communities, landscapes and its darkness and light.

You wrote that Odessa has quite an imaginative grip, a pull that encourages a craving for the unknown. Can you tell me a little more about being in Odessa and some of the Jewish culinary traditions you uncovered there?

Odessa, on the Slavic fringes of the former Soviet Union, is part of Ukraine yet distinct from it, with a cuisine influenced by Jewish and Italian traditions. There is ample ‘darkness and light’ to be found here today. Odessa has endured much in its short history, from plague and pogroms to the havoc of Communism and the agonies of Capitalism. Yet its mythical status as an important and emotional frontier seaport is as strong today as it was when it was Russia’s Eldorado, the fourth largest city in the empire. Greedy, literary and built on the grain trade, Odessa is where Alexander Pushkin was exiled to and where Anton Chekhov gorged on ice cream made by local Italians. If you visit today, you can best find a sense of this dense history in the dvoriki (courtyards), in the cafés and in the peeling architecture. It is possible, with just a dashof imagination and the right light bouncing off the Black Sea, to still feel something of Isaac Babel’s long-lost world.

What can Americans learn from the way the citizens of these Black Sea-adjacent countries live and eat?

I like the fact that in Turkey, food is taken seriously, but not too seriously. Hospitality is key, so it’s just as important that diners are comfortable, enjoying themselves and well looked after, and that the food is good. Seasonality is highly valued in Bulgaria, which is fabulous salad country. In the early 1990s Bulgaria exported more fruit and vegetables to Western Europe than anywhere else. Food writer George Lang called Bulgarians ‘the Gardeners of Europe’ and claimed that they could ‘make almost anything bloom’.

Shira Feder is a freelance writer. You can find her at @shirafeder

Maybe only in Odessa would you find Jewish challah – braided bread – on the menu at an Italian restaurant, but at Bernadazzi, one of Odessa’s best restaurants, I found just that. 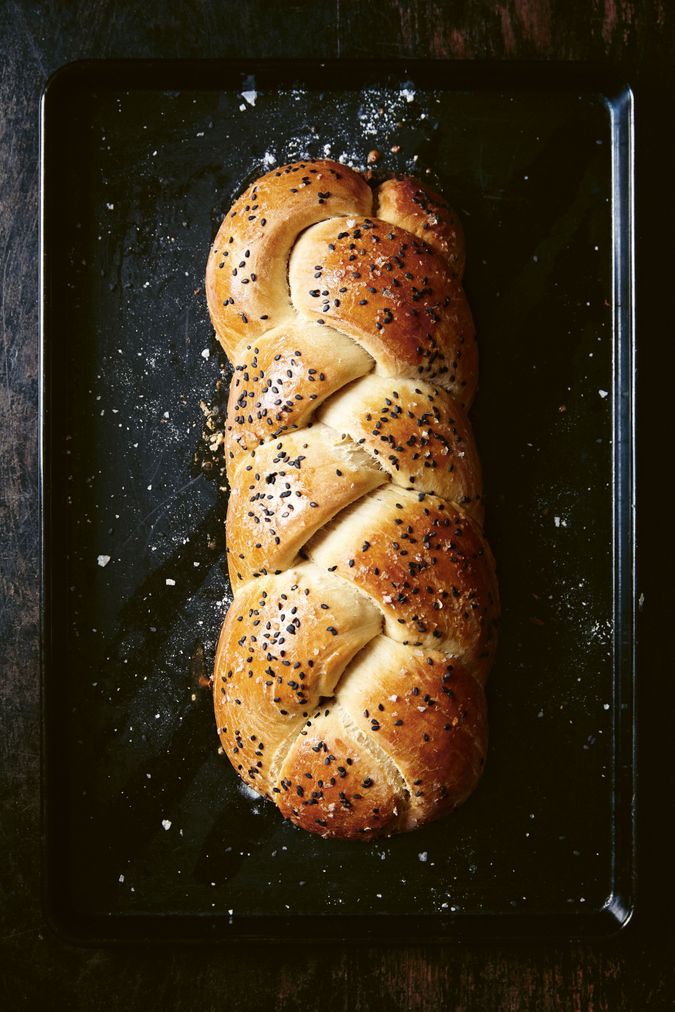 Attach the dough hook/blade to your mixer bowl. Combine all the ingredients for the dough, initially keeping the salt away from the yeast, in the bowl. Process gradually until the dough forms a sticky ball. This usually takes a couple of minutes. Or, to knead by hand, mix the dry ingredients in the bowl and the wet in a mixing jug. Make a well in the dry mix, pour in the wet ingredients and mix until you have a shaggy dough, then knead for 5–10 minutes until smooth and a little sticky. Have a large oiled bowl ready and knead the dough on a floured surface for 2 minutes, then place inside the bowl, rolling once in the oil, and cover with a damp cloth or cling film (plastic wrap). Leave for an hour somewhere warm until doubled in size.

Take the dough and, on a lightly floured surface, split into 3. Using your hands, roll into 3 oblong pieces around 50cm/20-in long, making sure they will fit a baking tray. If you find you cannot gain the friction needed to roll out the ropes, instead of flouring the surface dampen it slightly with a damp cloth; this can help. Take the 3 pieces and join them, by pinching and tucking under, at one end, and then plait. It’s important not to do this too tightly as the dough will rise. Pinch and tuck under when you come to the end. Carefully transfer the plaited loaf to a lightly greased baking tray, cover with a damp cloth and leave to prove for at least 30 minutes but no longer than an hour.

Preheat the oven to 190ºC/375ºF/gas mark 5. Brush egg wash over the risen loaf and scatter over the sesame seeds and sea salt. Bake for around 30 minutes, keeping a close eye, until golden, then remove from the oven, place on a wire rack and allow to cool completely before slicing and eating.

Recipe excerpted with permission from Black Sea: Dispatches and Recipes by Caroline Eden, published by Quadrille May 2019.