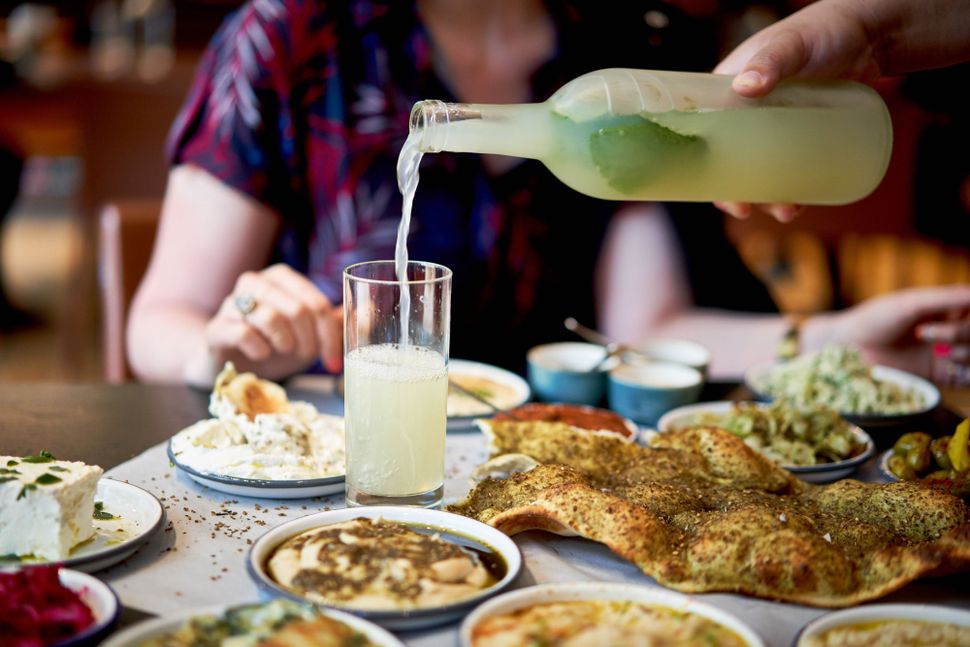 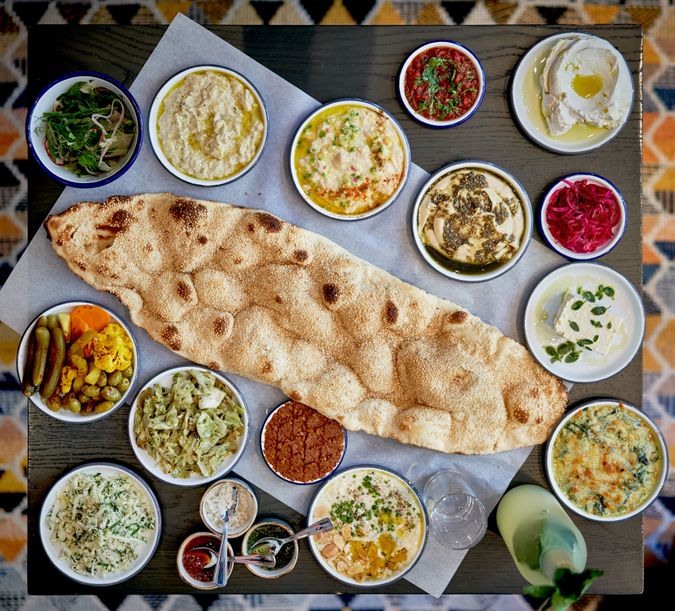 There’s an entrée called Shabtai-Style Fish on the menu at New York’s newest Middle Eastern restaurant, Lamalo, that has special significance for owner Gadi Peleg. “That’s the one that’s closest to my heart,” he says, “and we worked diligently to get it just the way that reminds us of our childhood.”

Shabtai, it turns out, was the owner of a restaurant in the port city of Jaffa.

“That was a thing you did as an Israeli family,” said Peleg, who also owns Breads Bakery and Nur. “You’d go to the beach, and then you’d sit in your bathing suit, still wet, and you would eat fish that was typically a barbounia — in English, red mullet.”

Lamalo’s chefs — there are three of them — weren’t able to source great red mullets Stateside. “We assigned the same technique to local fish that we found were fresh and delicious. It felt exactly the way we remembered it. And we pay homage to Shabtai.”

That purposeful authenticity runs throughout Lamalo’s menu, beginning with the $25-per-person “Daily Spread” or mezze, an array of small dishes that start every meal. This is not something you order; it arrives soon after you sit down, the way it does in countless restaurants throughout the Middle East.

Each of the little bowls and dishes is filled with a few tablespoons of something tasty: a lush version of tahini drizzled with emerald-colored za’atar oil; sour and slightly sweet pickled vegetables; a pink-hued, pungent “sumac onion;” a surprisingly mellow feta with oregano — “Bulgarian-style,” Peleg explains. “It’s a bit more creamy.” 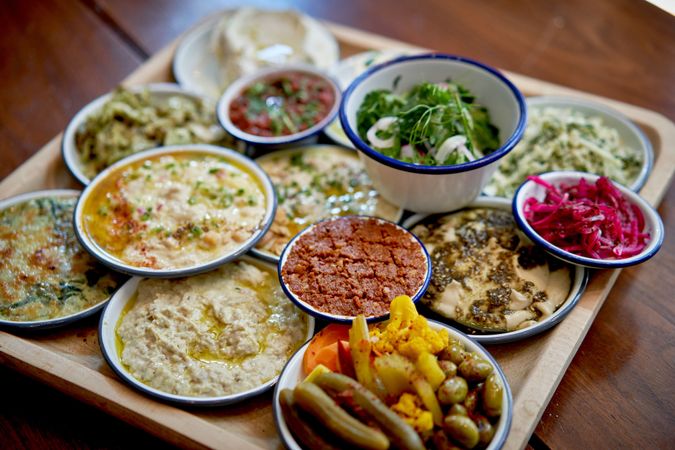 There’s a thick, rust-colored dip called muhamara made from red pepper and walnuts ground into a paste; a rich tomato-pepper stew, served cold; and exemplary babaghanoush — less smoky than the commercial varieties and abundant with soft eggplant.

The assortment also includes a very American artichoke-spinach dip, given a twist with sheep’s-milk cheese. In a somewhat larger dish is a delicious hummus known as “sabach,” Arabic for “good morning” — named for the time of day when the vendors themselves would eat it. “Hummus is a morning dish,” Peleg explains.

Perhaps the jewel in Lamalo’s crown is a humble cauliflower salad. Even for the decade’s most overexposed vegetable, the dish feels fresh. It consists of shredded cauliflower, raw garlic, preserved lemon, jalapeno, olive oil, and lemon juice. Crunchy and addictive, it practically sings.

All of this abundance is meant to be mopped up with the large, oval Jerusalem laffa, a flatbread, which is set down with the mezze on a wide strip of craft paper — think brown paper bag — right on the table. The bread is crisp, curled and blistered from the oven, and dusted with za’atar, with some lovely chewy insides here and there. It’s made with flour sourced from an organic mill in Pennsylvania; rather than yeast, it uses yogurt, a typical rising agent in the Middle Eastern desert where extreme heat can cause yeast to over-proof. The bread is baked on lava stones that imitate the river stones that help distribute heat evenly over open fires in the Middle East.

When Peleg came to the U.S. in the 1980s, he said, you couldn’t replicate Middle Eastern food this way. “The available ingredients were terrible. We’ve all had lame approximations of this food,” he laughed. “But the world has improved. You now have access to incredible ingredients from the region, and locally grown produce can stand up to anything we used to get in Israel. You can get anything in the U.S. that you used to be able to get at home.” Even so, Peleg said he tried “40 fetas, 30 labnehs” and made tahini “a million ways” until he arrived at what he wanted for Lamalo.

Lamalo is housed behind the lobby of the sleek Arlo hotel in Manhattan’s NoMad neighborhood. The cozy (read: windowless) dining area has attractive oatmeal-colored tile floors and a modern, casual, sand-colored decor — a neutral backdrop against which the vibrant, jewel-toned dishes coming out of the open kitchen can shine.

The restaurant’s style of service — where you don’t make ordering decisions (except for the entrée and dessert), and where the meal is not coursed — may not feel familiar to Americans, but it’s a typical style of service in the Middle East, Peleg said. “I love this kind of service. I have to make decisions all day in my work, but I don’t have to make any decisions with this kind of service. We’re so conditioned to sitting down with a menu, ordering an app and a main, and that’s the meal.” 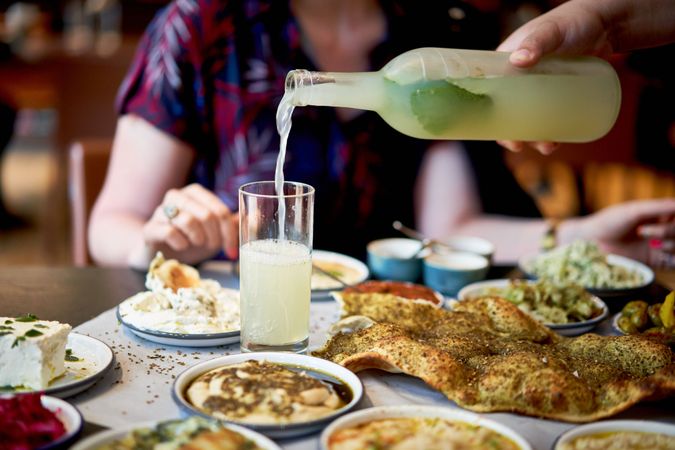 So how will all this translate for New York diners, and in particular for hotel guests and visitors who might have less familiarity with Peleg’s brand of Middle-Eastern realness?

“I try to create authentic New York experiences knowing that the tourists we want are the same kind of tourists that we are: people who travel the world,” Peleg says. “It we create something that reflects the fabric of New York City, they will find it. We never planned for hotel guests to be coming here, we’re talking to New Yorkers, we’re standing at the tops of the buildings in New York telling our story.”