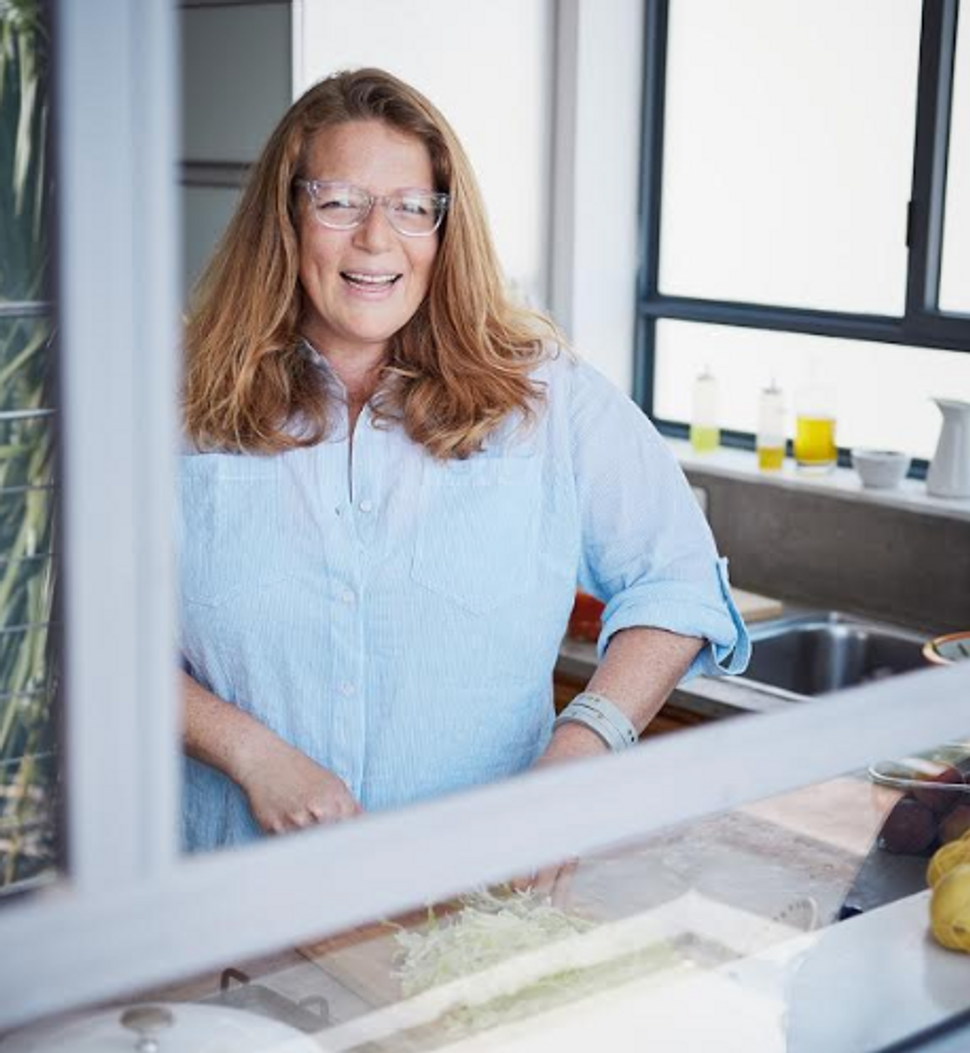 When cookbook author and celebrity foodie Adeena Sussman moved to Tel Aviv roughly a year ago, she quickly realized that there were lots of dishes she wouldn’t be able find as easily as she could in her former stomping grounds, New York. Mexican street corn on the cob, for example, was one of them.

But Israel has corn, it has cheese, and it has pepper. Not quite the same versions of those three ingredients, but varieties whose sum could add up to a close enough relation (and maybe even a tastier one). So she crafted an Israeli-inspired interpretation, with sour labaneh cheese instead of mayonnaise, and salty feta instead of queso fresco. It’s dressed with Israeli chilis instead of cayenne pepper, there’s zaatar sprinkled on top, and it’s a crowd-pleaser.

It’s found in the vegetable chapter of her forthcoming cookbook, Sababa: Fresh, Sunny Flavors from my Israeli Kitchen (September 2019, Penguin Random House), together with a collection of recipes showcasing Sussman’s playfulness with Israeli ingredients and clear love of making them her own. After co-authoring 11 cookbooks to date, including two with model Chrissy Teigen and one with pastry chef Candace Nelson, this is Sussman’s first solo book with a major publisher.

“Adeena’s voice is just super approachable, relevant,” says Philly-based chef Michael Solomonov, who wrote the foreword to Sababa and recently won the James Beard Award for outstanding restaurant. “Her food is really inviting, and she’s the best home cook I’ve ever met. Her approach is sort of gentle and kind of loose, and all these wonderful things that you want when it comes to a cookbook that you can actually use in your home.”

Eating in Sussman’s home is an experience, and the intention she puts into the everyday foods she cooks comes through in Sababa. “You feel like the luckiest person on earth when Adeena invites you over to her house,” Solomonov adds. “That feeling and that energy you get, it comes across on the page. It’s just warm and inviting.”

We chatted with Sussman to learn more about Sababa, how the market inspires her cooking, and where her book fits in on an increasingly crowded bookshelf of English-language Israeli cookbooks.

You’ve been known to do unconventional things with Israeli ingredients. What are some of the surprising ways you use Israeli staples?

A good example would be tehina. In general, Americans actually try to use condiments in very unique ways. It’s a very American way of cooking to take something and put it in a dressing or a marinade. But I think Israelis, because they sometimes see them through the lens of their country of origin or tradition, are sometimes surprised by something that, to us, might not be radical but makes sense from a culinary standpoint.

Like using tehina in a blondie recipe to replace the fat and to get some of that richness and saltiness, I would say. Schug is another good example. I was making some ricotta dumplings and I wanted to put pesto in, but I realized that I think pesto is always a little too rich and needs something to cut through that very oily, nutty deliciousness. So I put in a dollop of schug and it transformed it into something much brighter.

These are all things that evolved naturally for me as I was cooking. It wasn’t like I was thinking, ‘oh, how can I be super creative,’ you know? My cooking is very homey and the main thing is that it be delicious, and fun for a crowd, and really yummy. And that the things that are novel or special about them are also very recognizable, in a way, from an eating point of view.

Were there any cases when you used an Israeli ingredient in a new way, and it didn’t work?

Sometimes using silan, date syrup, I thought it could just replace honey or other sweeteners. Every ingredient has its own structure, and my silan caramel just burnt up into a crisp on the bottom of my pot. Didn’t work. Just didn’t work.

You live blocks away from Tel Aviv’s main produce market, Shuk HaCarmel, and go there every day. Who are your favorite vendors and how have they impacted your cooking?

I tend to make my own condiments, so my shopping in the shuk is very produce-focused. What I like in Shuk HaCarmel is that it’s an everyman’s market. It’s not an organic farmer’s market, it’s not a romantic idea of shopping. It’s a very real place to shop.

What inspires me more is the prosaic nature of it, for me, and just having things so close by and having the ability to have something in mind that I’m interested in making and have it so close to home. 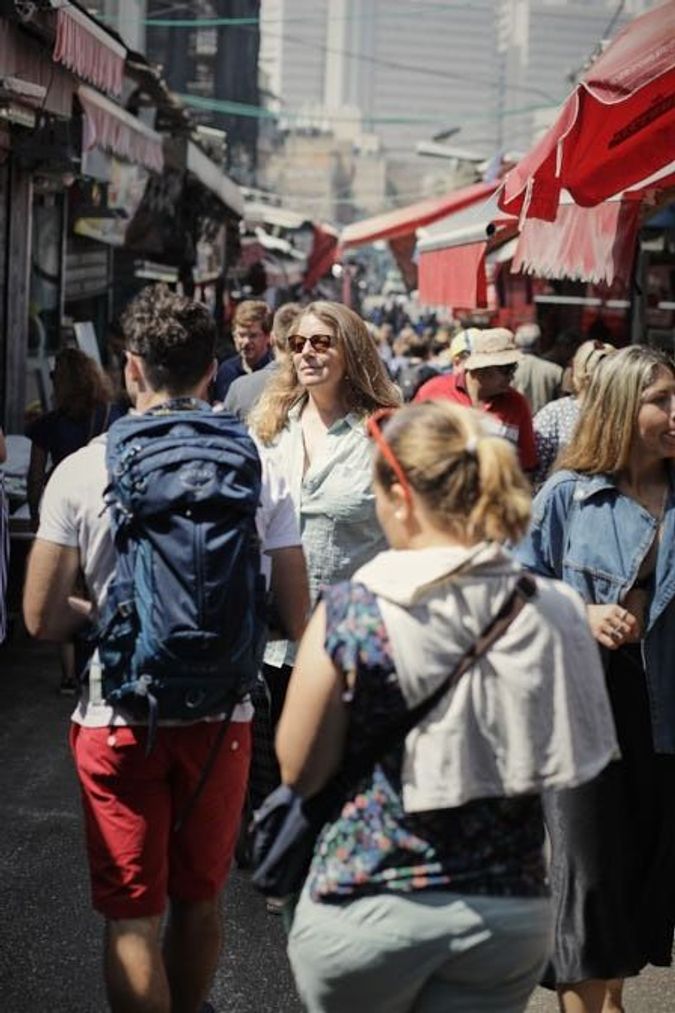 For me, Shuk HaCarmel – there are a lot of Arab and Palestinian vendors, Eritreans working with Israelis – it’s as much about the population mix for me and the unvarnished nature of the commerce and culture of the shuk as it is about, you know, walking up and seeing an apricot and saying, ‘oh, I must make a galette!’ That definitely happens as well, but it’s as much about the people as the place.

And I do often get into discussions with people from whom I’m buying things about ways that they use ingredients. I like talking to the vendors about how they cook their food. It doesn’t have to be the most glamorous food, just how they make it, how they eat it.

How is Sababa different from the 11 cookbooks you’ve already co-authored?

The main difference is that this is my first solo book for a major publisher. I’m very much used to writing in the voice of people that I’ve been tasked to write with, and to help them shape the narrative. But when you’re faced with a blank page and the pressure of shaping your own narrative, the stakes definitely feel higher and its harder.

People assumed it would be easier, but collaboration comes very naturally to me. So just working on my own, there were some start-up pains, I would say. But I got there!

Also, having the latitude to cook whatever I wanted – without having to consider anyone else’s culinary lens – is nice, and exciting.

Where does your book fit in among other English-language Israeli cookbooks?

There is room for more interpretation of the cuisine, especially as it becomes better known and more beloved all over the world. I pay a big debt of gratitude to chefs like Einat Admony and Michael Solomonov and Alon Shaya, who have all published books before me. So when I thought about what I wanted to do I actually went very personal, because I didn’t want to feel the pressure to represent everything that Israeli cuisine is. 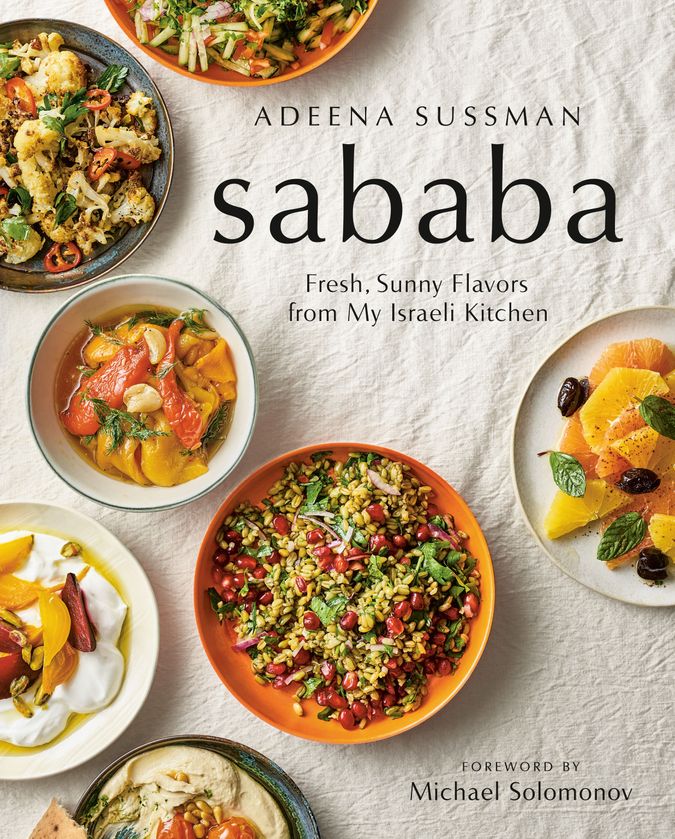 I really made the book about the way I cook in my home for my friends and family, using the market as my shopping inspiration. I’ve never been a restaurant chef, so I really only have one canvas from which to work which is the home kitchen. So I say that’s the main difference between my book and others. It’s two different perspectives.

What is your next project?

I’m co-authoring a gazoz book with Benny of Café Levinsky, for Artisan Books. That’s my current focus. We’re focusing on the culture of gazoz, and the Levinsky Market culture and vibe.