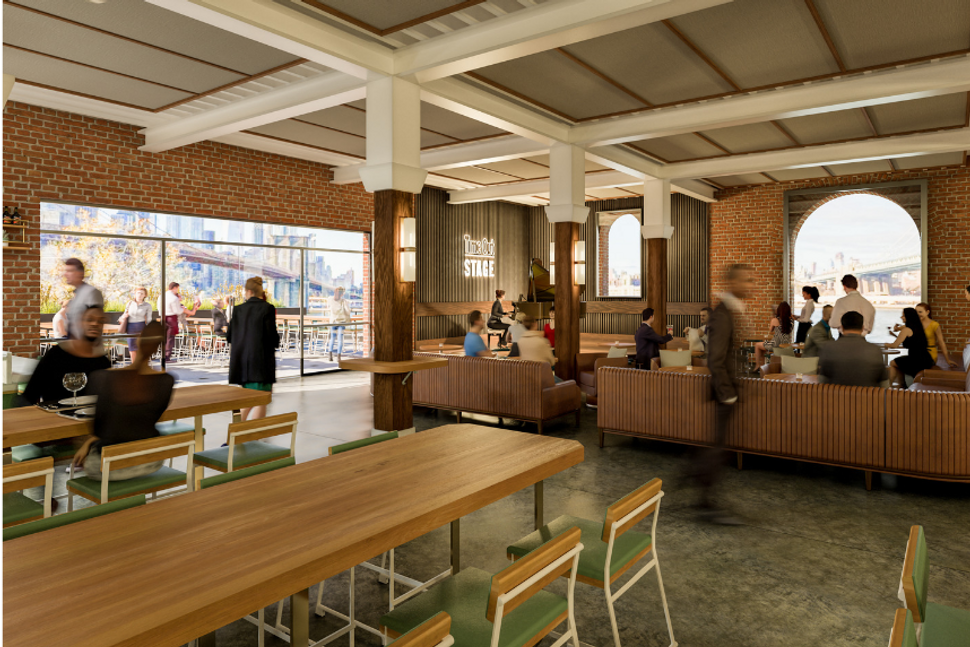 Kosher foodies don’t have a lot of options at New York’s glitzy new food halls. Cinnamon Snail, a vegan purveyor at Penn Station’s The Pennsy, is an outlier.

But that number’s about to double. Center Cut, an offshoot of pricy kosher steakhouse Reserve Cut, is one of 21 vendors at Time Out Market, which opened this month in the slick Empire Stores development in Dumbo, Brooklyn.

“Our editorial team worked to bring together the best chefs and restaurateurs that represent the many different cultures and cuisines found across New York,” Didier Souillat, CEO of Time Out Market, told the Forward in an e-mail. “We pride ourselves on having something for everyone to enjoy.”

Gadi Peleg, the owner of Breads and a partner in Nur, told the Forward he fell in love with Time Out Market’s first location, in Lisbon, and wanted to become a part of it in the Big Apple. Breads will actually operate two concessions: Breads Bakery, with baked-in-house treats like its beloved babka, and Breads Bagelry, serving what Peleg called “the iconic Jerusalem Bagel. We’re making a variety of sandwiches on the Jerusalem Bagel including a pizza bagel, a Tunisian tuna and smoked salmon.”

In a tip of the toque to its new location, Breads Bakery will also launch a new goodie: Dombos, dome-shaped mousses in flavors like berry, passion fruit and mint, cheesecake rhubarb and chocolate espresso, all exclusive to the market.

Center Cut, the market’s kosher option, ventures into deli territory with a hot pastrami sandwich and shawarma as its centerpieces. Its owners didn’t respond to the Forward’s request for comment.

Time Out Market, an extension of the venerable British-born magazine brand, now operates in Lisbon, Miami, and Brooklyn; locations are set to open in Boston, Chicago, and Montreal by the end of the year, with Dubai, London, and Prague in the pipeline. No word yet on kosher prospects in those cities.