The 2018 Forward Food Choice Award Winners Are In! 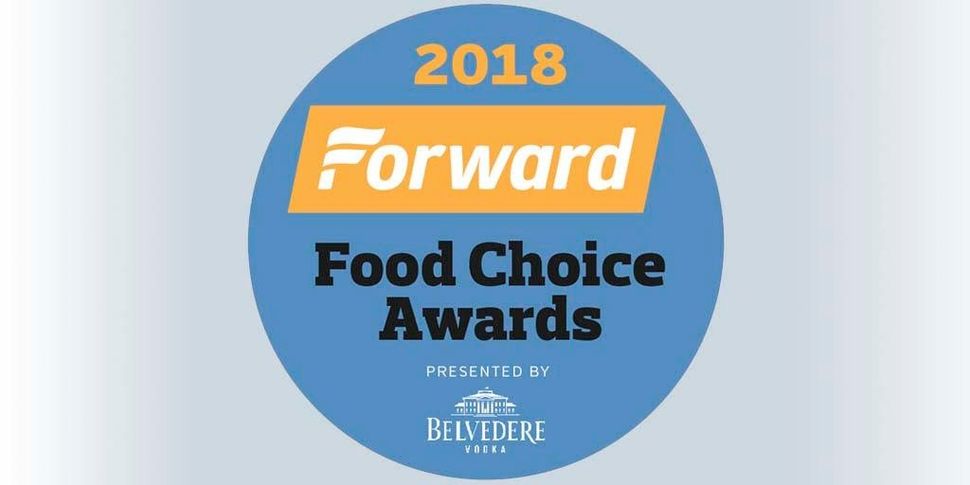 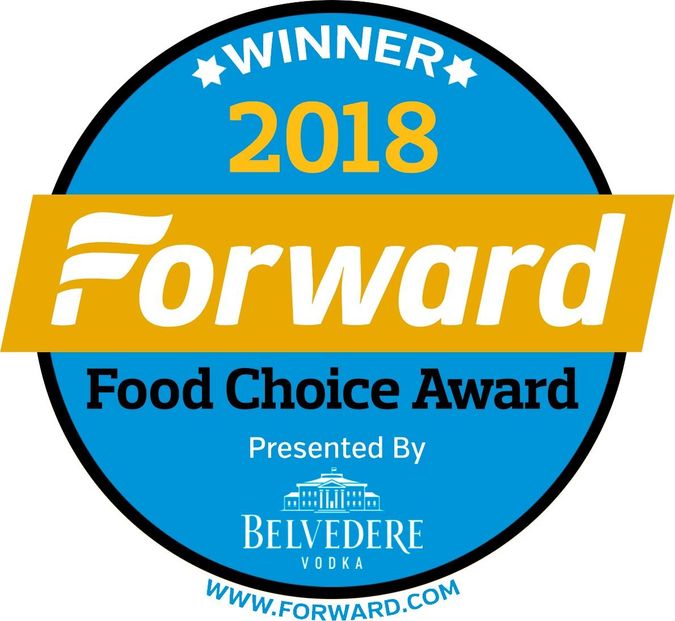 Our readers showed up in spades to vote this year. Hundreds of you leapt at the opportunity to declare fealty to your favorite restaurants, cafes and delis. And we heard you!

The competition was tight, as lots of competitors threw their hats in the ring for a chance at the Forward Food Awards crown. Yet only one winner per category could reign supreme. Which long-time favorites maintained their grip on their customers? Which new restaurants delighted and dazzled? Which chef inspired audiences and menus worldwide? The time has come to find out.

So now, without further ado, here are the winners of the Forward Food Awards 2018:

Otherwise known to her hordes of followers as @busyinbrooklyn, 54% of Forward readers believed Apfelbaum was the Best Jew-ish Chef of 2018. Apfelbaum, profiled here in the Forward, cooks at the crosswords between millennial culinary culture and her Orthodox background.

Fancy vegan comfort food? Sign us up! Nabbing 29% of the vote, the Williamsburg eatery owned by vegan chef Isa Chandra Moskowits, with its combination of Chinese, Indian and Jewish-influenced food, won our reader’s acclaim. We wrote about it here.

Bagels have always been a hotly debated topic. Which bagel is the chewiest, softest, or best? Does it come from Montreal, New York or someplace as of yet undiscovered by homo sapiens? According to our readers, the best bagel a person can get is at New York’s Ess-A-Bagel, nominated for the second year in a row. Forward coverage of the East Side bakery is available here.

Nur’s menu has been feted by everyone from Time Out New York to Zagat, not to mention this very publication. You can read our review of Nur’s famous brunch menu here. Scoring 56% of the vote, Nur is officially the Best Middle Eastern Restaurant in New York (or should we say Nur York?)

Breads Bakery is famous for its babka (and now strudel), and for the loyalty it inspires in its eaters. With 45% of the vote, those eaters turned up to support Breads in this year’s Food Awards. And we can’t argue with these results. This New York mainstay, with its glossy, messy, flaky pastries, deserves its title.

They’ve been appetizing since 1914 and they’re showing no signs of slowing down. In the constantly changing New York food landscape, one thing has stayed the same. Russ and Daughters will always be there, comfort food at the ready, feeding the hordes of New Yorkers ready to get nostalgic. And 49% of you agreed!

Is kosher alive again in Midtown? The new Barnea Bistro, offering a fine dining experience at a hefty price point, boasts both a French and New Orleans influence. 58% of our readers agreed; Barnea Bistro is revitalizing a side of town where kosher once went to die.

47% of you agreed. The iconic Katz’s Deli is your favorite place to go for your smoked meats, your pastrami sandwiches and your hearty soups and stews. “Katz’s is the place,” David Sax, author of “Save the Deli, told the Forward. “There’s nothing else like it. Nothing can ever replace it, and hopefully nothing ever will.”

Thanks for your votes this year, and here’s to another year of feasting.

The 2018 Forward Food Choice Award Winners Are In!