Midtown NYC Gets Yet Another High-End Kosher Restaurant 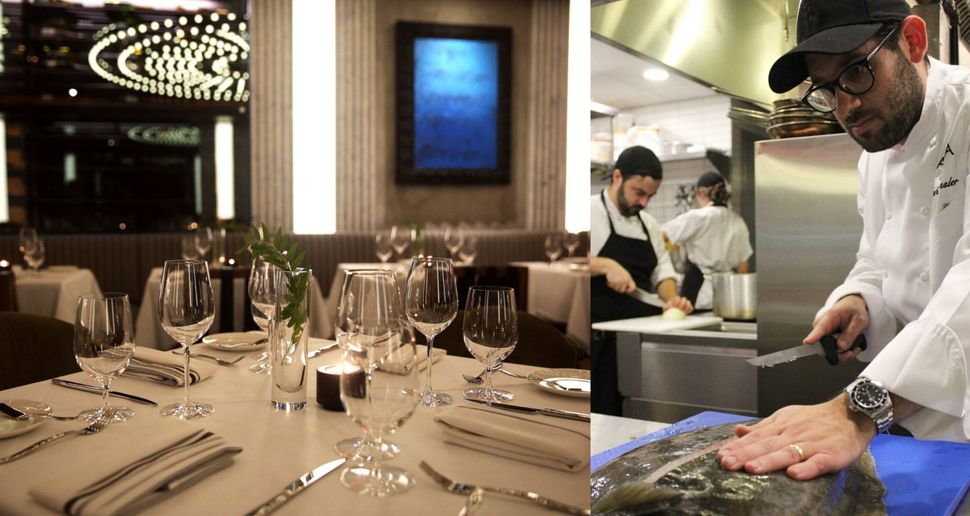 After a tough few years, is high-end kosher hot again?

Last week, we reported on the opening of London’s Tish, with its big-name chef and grand-sounding room.

With the rise of quick-service kosher concepts like Beyond Sushi, “the market was itching for something new and inventive, and a menu that’s exciting,” the chef said. “We’re filling a niche. And my menu can hold up to any non-kosher restaurant in New York or anywhere. My goal is to elevate kosher dining so that some guests wouldn’t even have an idea they’re coming into a restaurant that’s kosher.”

In New York alone, high-end kosher has had a rough ride of late. Dairy spot Basta closed in April. The Prime Grill steakhouse empire collapsed in 2017, and Solo, its Asian spinoff in the Sony building, never reopened after a “relocation”. Moshe Wendel’s pioneering Brooklyn hotspot Pardes – one of the most innovative kosher fine-dining spots in the world – lasted six years before shuttering in late 2016.

Kessler, who grew up in a kosher household before attending the Culinary Institute of America and cooking for Danny Meyer’s Union Square Hospitality group, said returning to kosher cooking is “a return to my roots.

“It’s a challenge, and I’m taking a very different approach. Every ingredient we use is 100% natural, and usually organic. I believe in letting ingredients shine, so they can taste like what they’re supposed to taste like. It’s not my job to change what nature intended.”

Named for an olive varietal indigenous to Israel, the restaurant upped its game even before opening its doors. To design the space, Kessler tapped Roy and Maia Nachum, the whose white-hot Mercer Project design firm counts Rihanna, the 1Oak nightclubs, and glitzy steakhouse Hunt & Fish Club as clients.

Certified kosher by the Orthodox Union, Barnea Bistro occupies the onetime home of a Michelin-starred Indian eatery called Tulsi. “We gutted the entire space,” Kessler said. Elegantly appointed in neutral shades and natural fabrics, the room’s “full of juxtapositions that match the food and culture of the restaurant,” Kessler said. “Every material is a natural substance, like marble and linen. Just the way all of the food we serve comes from the Earth.”

Kessler’s creative-purist approach comes through in signature plates like braised lamb riblets in a bourbon glaze on a bed of fennel salad with arugula in lemon vinaigrette. A blackened bass main course channels a New Orleans influence in some of Kessler’s dishes; it’s plated simply with a white-bean puree and tapenade. “We’re a French bistro, but it’s not about classic French like coq au vin. Several of my chefs cooked under [Louisiana restaurateur] John Besh, and they’re bringing that Southern and French New Orleans influence as well.”

The restaurant’s price tags – $50 for halibut with brocollini, $64 for rack of lamb, $18 for summer pea soup – reflect its Midtown Manhattan location, as well as the realities of opening a restaurant in New York City in 2018. But Kessler said he’s delivering. “When a customer’s paying at this price point, which is not inexpensive, they deserve the same treatment they’d get at any fine-dining restaurant in Paris, London, Chicago, or the West Coast. And that’s what they’re getting.”

Midtown NYC Gets Yet Another High-End Kosher Restaurant