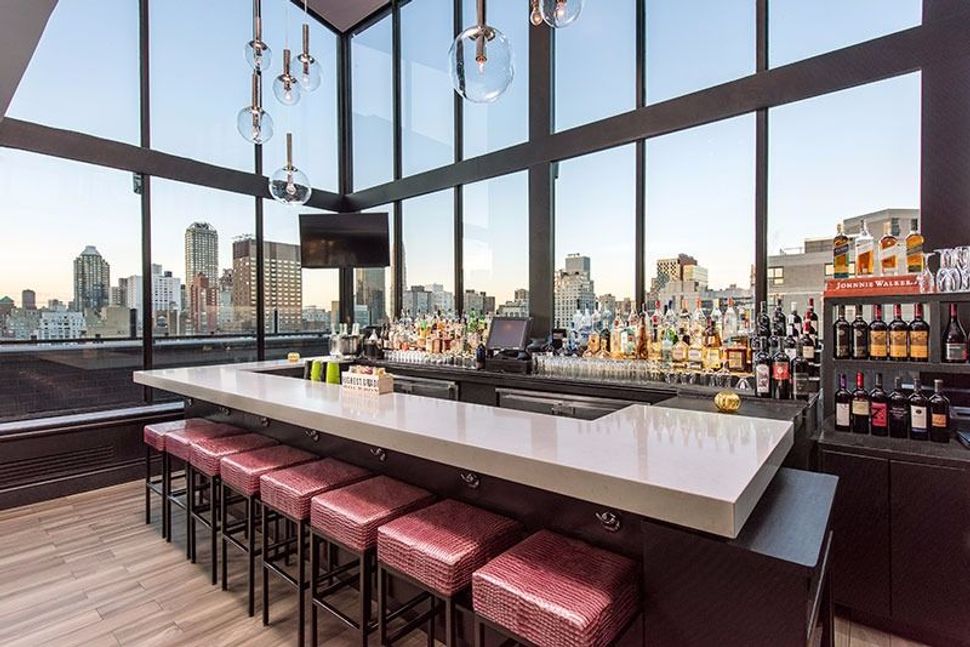 The bar at the Prime at the Bentley. Image by Prime Hospitality Group

It was a bizarre evening, to say the least. Last Monday night, I made a reservation at the Manhattan kosher steakhouse Prime at the Bentley, for a Thursday night dinner for 22 people — a family surprise birthday dinner for my husband. “Of course,” the hostess chirped into the phone, taking down my information. I received an email confirmation within minutes.

For once in my life, I had an event somewhat organized. I breathed a sigh of relief, patted myself on the back, and turned my mind to dress options, and to trying to figure out how to bring my husband to the restaurant without him suspecting something.

But when I showed up a few days later on Thursday night, fifteen minutes before my guests’ expected arrival, I was told by the Bentley hotel staff that the restaurant is closed. Closed, as in, closed, closed. Entirely. As in, shut down. The elevator button to go up to the restaurant wouldn’t even work. I had not received a single phone call or email notifying me that the place had gone, oh, you know, out of business.

So there I was: I have twenty people driving into the Upper East Side for this event, about to park their cars, an eighteen-month old on my hip, and it’s Thursday night — premiere date night in the kosher world, when last-minute reservations in any good restaurant will be hard to come by, let alone a reservation for a large party.

By the grace of God, and a few quick phone calls, another restaurant (merci, Les Marais) had space for us — so I quickly texted the entire party that we’re moving the whole thing across town, hopped in an Uber, and made sure the guy who was bringing my husband for the surprise knew about the change of plans.

The Prime at the Bentley, it seemed, was the last of the Mohicans for the restaurant group. Its landmark Prime Grill closed in September, along with its adjacent Pizza da Solo (after a long legal dispute with the landlord), and “elaborate” Prime Butcher Baker shop on the Upper East Side suddenly closed last month.

What caused the downfall of the Prime Hospitality Group empire? How have the mighty fallen, the restaurants touted as home of the “best kosher steak” in New York City and “host to countless high-powered business lunches, political meetings, and celebrations” now closing their doors? According to Dani Klein’s Yeah That’s Kosher blog, “The Prime Hospitality Group expects the restaurants to reopen in the new location after the Jewish holidays in October”. Well, it’s November, and we haven’t heard a whisper yet about their new, self-described “superior” location.

For one — Prime’s owner Joey Allaham has made several reputation-killing mistakes. His dispute with Lincoln Square Synagogue over $1.4 million is at a standstill, while his last-minute decision to cancel his “Prime Experience” Passover hotel program this past spring left guests (who had paid tens of thousands of dollars) stranded. In a world as tiny as that of the kosher industry, that alone is a deathblow to one’s name.

And in the meantime, the competition in the high-end kosher dining space has gone way up since Prime Grill first opened its doors in 2000. Between downtown Manhattan’s glitzy Reserve Cut, and Mike’s Bistro moving to midtown east, there’s plenty of fancy kosher dining to be had in Manhattan. Plus, the fine dining party has expanded well beyond Manhattan, with Brooklyn emerging as a hub of innovative kosher gourmet (more on that later).

And perhaps what was most glaring — and which I got a personal taste of last week — was the harsh dismissal of the customer, a common complaint in Orthodox Facebook groups and on Prime’s Yelp pages: Long waits, unfriendly service, and yes, no one bothering to inform a large party reservation that the entire restaurant is shut down.

Sorry, that might have worked in previous decades in the kosher business, when our options were pretty much limited to ancient delis or decrepit bagel shops.

But for today’s kosher-observant American Jew, with higher-end taste buds than ever before, that’s not gonna cut it.