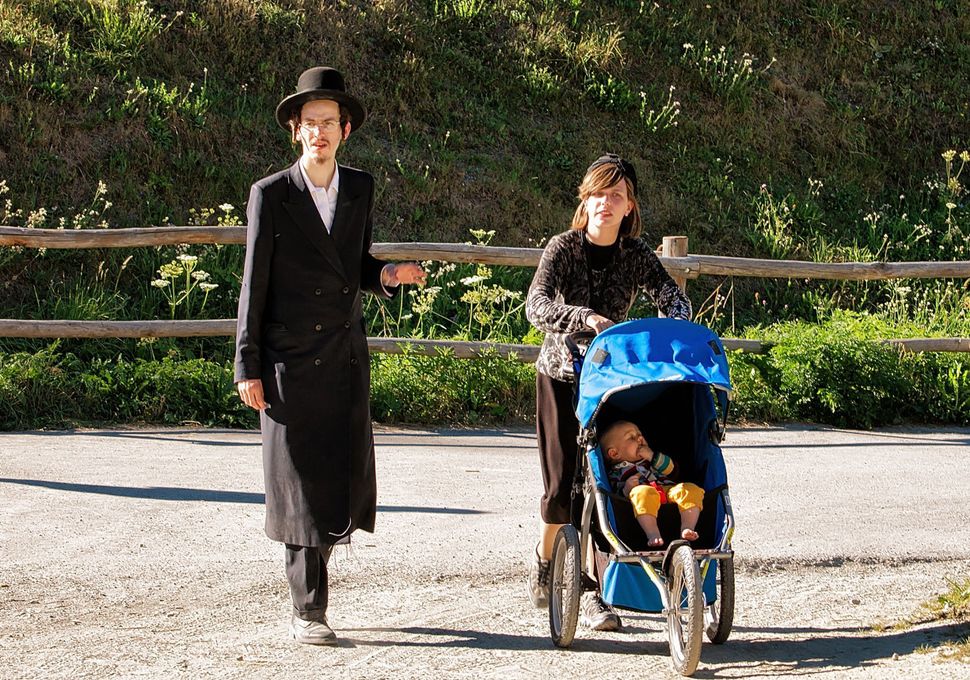 Hasidic family on holiday in the Swiss Alps. Image by iStock

Somewhere up the cobblestoned street of Capri’s Via Croce, past the teeming summer flocks of upper class Americans and Asians sporting identical resort wear, past the linen and perfume boutiques:

You’ll find yourself at the steps of the Capri Tiberio Palace (starting at $350 Euro a night) — a charming hotel overlooking the azure waters of the Mediterranean.

Walk up the stairs into the hotel, past the terrace framed with bougainvilleas, and suddenly you’re out of a real-life Dolce Gabbana ad and in the very heart of Brooklyn — or Jerusalem. Where Orthodox Jewish couples are dining on pasta and lamb, in black yarmulkes and wigs, carefully eyeing the others walking in. 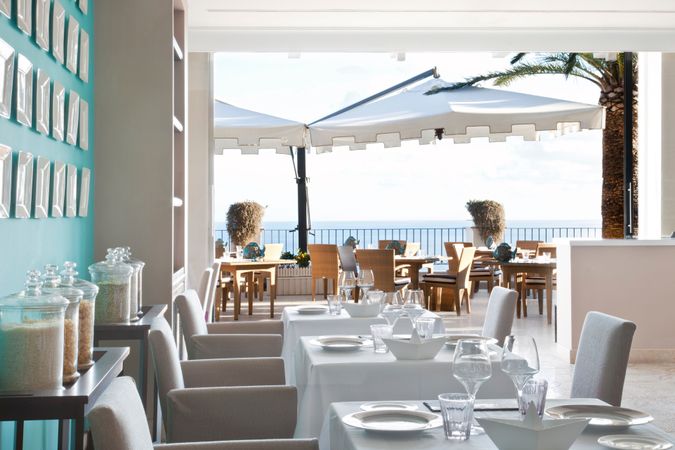 This is glatt kosher, Capri-style.

Yes, this favorite destination of the international jet set is now open to observant Jews, with its seasonal kosher restaurant certified by the Orthodox Union, thanks to Roman-Jewish hotelier Edward Safdie who opened it in 2013.

And it’s just one of many new options.

The high-end travel industry has been burgeoning with kosher options, particularly marketed to Orthodox Jewish consumers, in the past few years. According to a survey conducted by Israeli travel agency ‘Tour Plus’, there has been a 16% increase in Israeli Orthodox travel outside of the country.

Sukkot is one of the common travel peaks, alongside Passover and the summer — while many Diaspora Jews choose to go to Israel for Sukkot (try getting a room in Jerusalem’s Waldorf-Astoria in October), others will take the chance to see Europe through special ”Sukkot programs”: This year, Leisure Time Tours offers a Sukkot experience in Forte dei Marmi, a sea town in northern Tuscany — advertising its ‘haute Italian’ glatt kosher food and requisite rabbinic scholar-in-residence — while K Deluxe offers a Sukkot vacation in a resort in Cadiz, Spain.

The rise in demand may tell an interesting, and oft-overlooked, story of an emerging Haredi bourgeoisie class. While some may choose the ascetic poverty of scholarly life, with the advent of many Orthodox Jews entering high-earning markets (real estate, finance and high-tech, primarily), travel companies are raising the bar for their upwardly mobile, kosher clientele — and going well beyond the typical Passover luxury programs, too.

“I want to prove that kosher does not equal compromise,” Arieh Wagner, the high-end London-based kosher caterer, tells me. Wagner, the grandson of a Swiss Jewish hotelier family, is a brand name among kosher traveling elite, from arranging kosher destination weddings in Marbella, Spain, to his summer program at the Kempinski Grand Hotel des Bains in St. Moritz, Switzerland, to serving as the kosher caterer for 10 Downing Street, home of the British prime minister.

Not long ago, France used to be an easy and favorite destination for the observant traveler, with Paris’ plethora of kosher eateries and minyan availability across its arrondissements.

But with rising anti-Semitism and fears of terror attacks, many religious Jewish travelers (who wear their religion on their sleeves, quite literally) are choosing other destinations, from Italy with its year-round kosher cuisine, to seasonal kosher programs in Croatia and Portugal. “The Roman kosher restaurants this season are packed like I’ve never seen before,” said one restaurant owner, Ilan Dabush, of the Baghetto restaurant group, which just opened its third location on the ghetto’s Via del Portico d’Ottavia.

Aside from the two weeklong festivals, religious travelers will also choose to travel for the bein hazmanim period — the yeshiva summer intersession. Then, according to Yaakov Cohen of Tour Plus, a company catering to religious clients, about 60% of Orthodox Israeli tourists choose to visit Switzerland. Switzerland, Cohen explains, is a natural destination spot for the ultra-Orthodox community, which prefers nature, views, and hikes, to beach resorts (with their immodest mixed-gender beaches).

“We’re not looking for the masses,” he says. The hotel is closed to the public during the summer, and opens to kosher clientele only for two months. The program advertises lush Alps, buffet breakfasts and four-course dinners, not to mention lavish Shabbat meals.

SUSHI OF THE DAY Our new Sushi brand SILK made it to the @corvatsch3303 Sushi on 2500 meter above sea level tastes fantastic. #bestofkosher #kosher #sushi #silk #corvatch #stmoritz #summer #hiking

Wagner cites a few trends at play here — primarily, the kosher market has grown, with more people eating kosher than ever before, he says. “There’s more demand, and thus more competition,” he says. “And travel has become more accessible, with Internet booking, credit card miles, everything is possible and at your fingertips. That’s the major difference from when my grandparents had their hotel — they had the same core clientele for fifty years straight. Today, people don’t return to the same place often; kosher travelers want new experiences.”

Hence, the creation of the glatt kosher African safari. Or the kosher winter program at Club Turquoise on the island of Mauritius — under the kashrut supervision of the Beth Din of Paris.

“People want an experience, but with kosher food,” Wagner tells me. “It’s fueled by people who have, thank God, disposable income. As an observant Jew, you see the same advertisements that everyone else sees, of a beach in the Maldives, and you say, why can’t I go there too? It’s a general trend — the same that happens in the non-Jewish market, will happen in the Jewish market, too. We don’t live in a vacuum.”