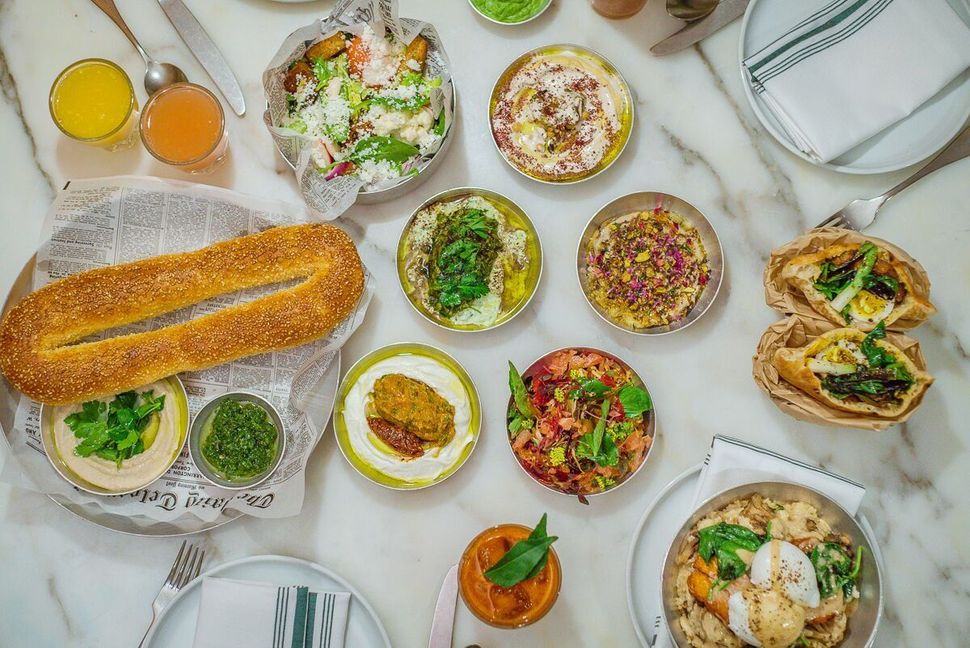 If you’re like me and love the variety of a brunch but hate the procedure of it, from the endless line of hungry people to the fight for the last breadstick, maybe it’s time for you to try a new kind of brunch.

At Nur, the new Middle Eastern joint in Flatiron that’s been open since April, reservations are booked a month in advance. For dinner, that is.

If you’re in the mood for a leisurely Mediterranean brunch, starting March 17 you can roll down to the new place for a bite. Come hungry, because there’s a lot to take in.

Make your way past the billowy green curtain that separates Nur’s inside from the bustling Manhattan streets, and you’ll find yourself transported to a land flowing with Sirano peppers (have a water glass at the ready), fresh hummus with a dollop of green piquant schug (so good it inspired our waitress to start making her own at home), Turkish coffee and Jerusalem bagels (larger and thinner than their American counterparts). 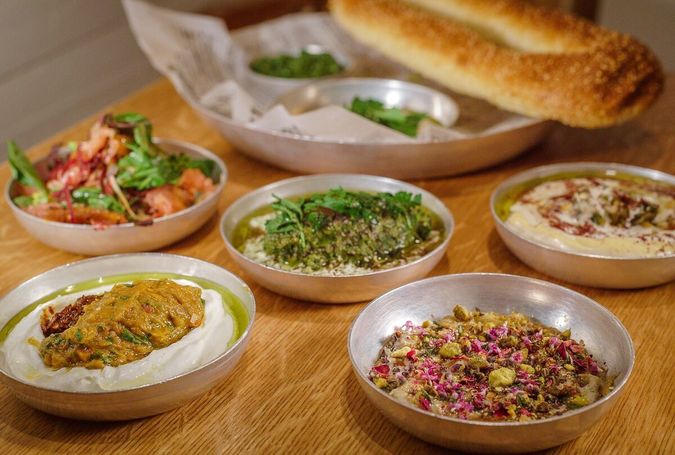 Everything has a kick to it. The potent bitterness of the Turkish coffee made everything brighter. Natural light streamed in from the windows, which open during the summer time in true Middle Eastern style.

“Everything is related to home,” Joe, one of the managers, told me. It’s a prix-fixe menu, eliminating the distracting deliberations of choice, and the generous piles of dips are replenished almost as soon as they are put down. Glancing around the restaurant, a certain unexpected element of camaraderie sprouts up, the kind that comes from watching everyone enjoy the exact same food as you.

The food is vibrant and alive, purple and white and bright. Vegetables are sliced with a loose hand. The dips are engineered to be mixed and matched with one another, from the eggplant carpaccio to the fatoush market salad to the chickpea messabaha that the bagel soaks up. Each dish complements the other. 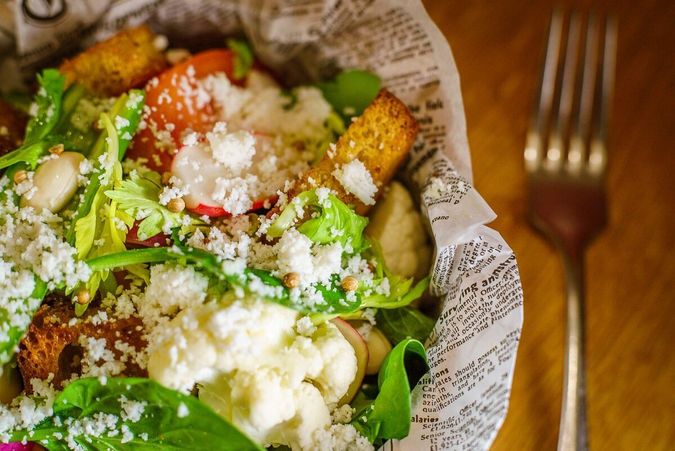 “It’s a festival of food,” said Meir Adoni, the chef of Nur, and of Tel Aviv restaurants Blue Sky, Lumina and Mizlala. “There’s rich food; we don’t want to rush people, we want everyone to come here.”

The vibe is loose and laid-back. The bartender dances to “Don’t Go Breaking My Heart” while washing glasses. The natural light brightens the food, and the waiters wear the kind of smiles you don’t see too often in New York.

From the sabich sandwich with lightly charred scallion perched on top to the thickly sliced fatoush salad, eating is messy and homestyle. The food is thoughtfully prepared, showing technical finesse and a love for unexpected spices.

“I was thinking haflah,” Gadi Peleg, the owner, told me. “A Middle Eastern party, the kind I had growing up in Israel.”

Desert is malabi, heavy cream cooked down with dizzying tidewater grenadine giving it a lovely pink tinge. A delicately crumbly cookie is a last touch of sweetness before heading back into the pressure cooker of New York.

In true Middle Eastern style, this leisurely weekend brunch has been the most important meal of the day – and probably of the week, too.

Shira Feder is a writer for the Forward. You can reach her at feder@forward.com _ Adina Feder also contributed to this article.