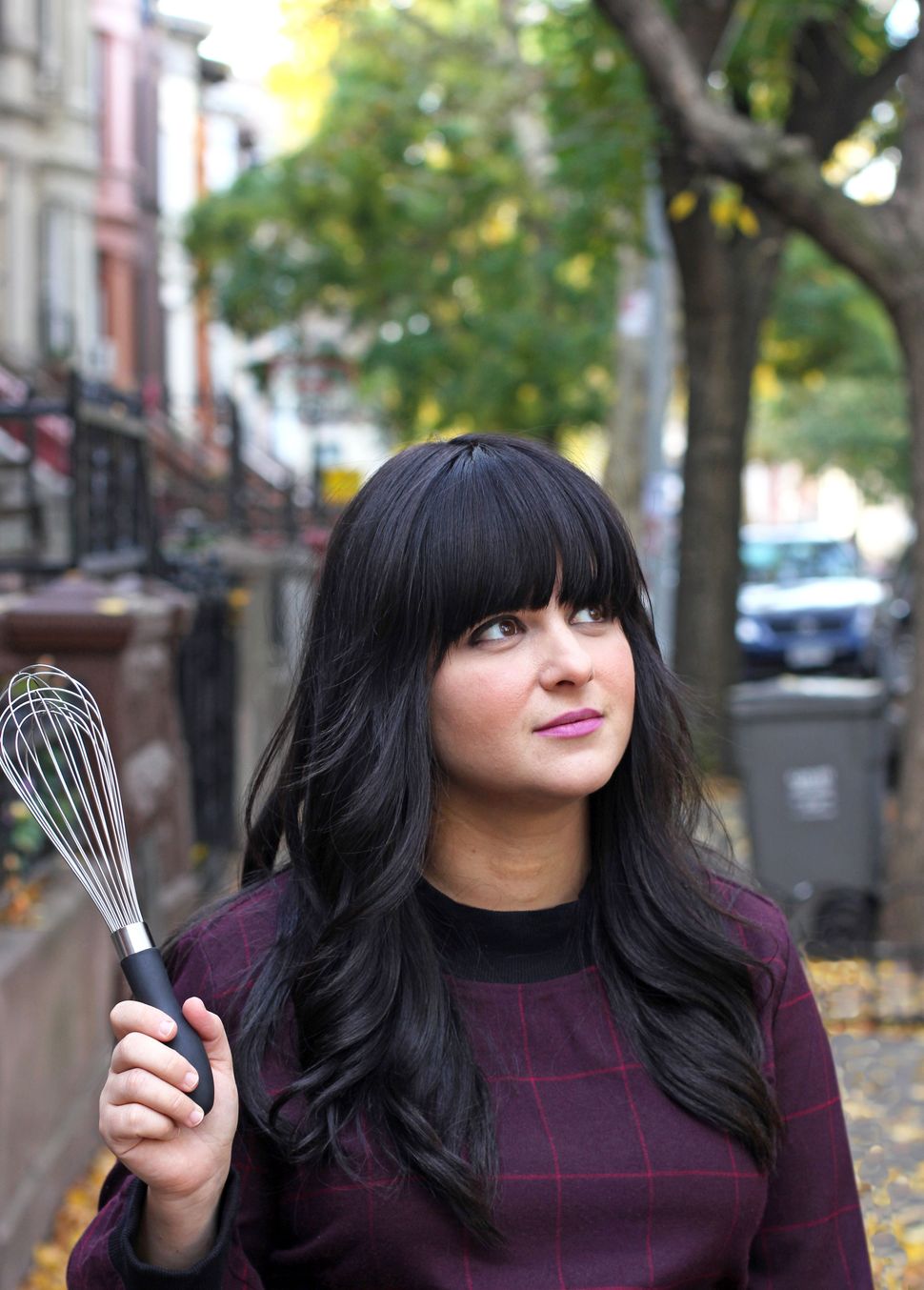 Image by Courtesy of Chanie Apfelbaum

Today’s food celebrities on Instagram are increasingly coming from an unlikely place — the kosher foodies of the Orthodox Jewish community.

This phenomenon of religious kosher food bloggers like Jamie Geller, with 33.4k followers (and frequent appearances on TV), or @peasandcarrots , with her 27.9k followers, or @dinidelivers,with her 21.9k followers, may be indicative of a larger cultural trend in the religious community, where traditional women are creating public platforms for themselves online.

@busyinbrooklyn, street name Chanie Apfelbaum, with the force of 41,000 Instagram followers behind her, is one of these women — and in her new book, ‘Millennial Kosher’, published by Artscroll/Shaar Press, she offers a variety of dishes that any kosher cook can prepare while staying ‘on trend’. For $28 on Amazon, a purchase of Millennial Kosher will make you part of the millennial kosher movement. But what is the movement, if it qualifies as a movement at all, and how did it start? I spoke to Chanie Apfelbaum, the woman behind the brand, to find out.

Maybe it is a movement. It has a lot to do with foodie culture. We live in a time when kosher consumers are demanding more from supermarkets and restaurants. There’s a culture, a movement of revinventing foods, using color, spices, international influences…

At your cooking demos, you joke that all traditional Jewish food is brown. What do you do to set a colorful table?

Cooking is all about the yin and yang. Balancing flavors and textures are an integral part of building a dish. Sous vide eggplant with tamarind tahini and pistachio dukkah is smoky, sweet, savory, tart, crunchy, silky, hot and cold all at once. Get the recipe for all the amazing components on the blog! #yinyang #balance #food #israelicuisine #dukkah #tahini #eggplant #foodstagram #foodie #blogger #recipe #kosher #foodblogger #dish #instafood #instafamous #feedfeed #f52grams #cuisine #foodwinewomen #flavor #sousvide

You write about in your introduction about kosher-izing trending dishes. What are some examples of some popular dishes you’ve reinvented in a kosher way, and how?

Ramen bowl is a pretty big fad of the moment. People are very into that now. Sriricha’s become a regular part of the kosher world. Kosher beef fry is very popular. Some kosher people are uncomfortable with the word bacon so we call it kosher beef fry.

Growing up, we always associated bacon with pig, as the ultimate treyf. I used the term ‘beef fry’ in my cookbook so as not to offend. Younger people are more comfortable and open minded. But i have these kofta stuffed dates that are instead of bacon wrapped dates.

You write that Jews should have more umami, instead of sugar, going for savory instead of sweet. How can Jews recondition their palates to crave umami?

Very slowly reducing the amount of sugar in food and slowly incorporating more spicy foods. I grew up with a lot of sugar, even in things like salad dressing, and now they’re just too sweet.

You have a very popular Instagram account. What have you learned about occupying a public space as a religious Jewish woman?

I think people respect you the most if you’re authentic. When I first started, I thought should I market myself as a kosher blog or as someone who just happens to be kosher? I am kosher, I am proud of being Jewish. There are so many fake people and people not being real on social media. I think I’m making a kiddush Hashem (sanctification of God’s name) by being a proud Jewish woman.

Did ‘Millennial Kosher’ start online? I see this cataclysmic cultural shift from women cooking in private spaces, like their kitchens, for small groups of intimates, shifting to public spaces and creating something communal, something bigger than themselves.

100%. The whole foodie culture has so much to do with social media. There were Facebook groups devoted to kosher restaurants and stay-at-home-moms putting it out there. For ultra-Orthodox people with no TV, no Food Network, here was a way to embrace something happening in their life, because food is so woven into the religious way of life. People might not have TV but they can follow kosher food bloggers. Some people told me “I cancelled my Food Network, because I have you,” it’s created this new generation of pseudo-celebrities, where I get recognized everywhere I go-

No, everywhere. Walking down the street in Philly, people come up to me and I’m like, “how do you know who I am?” It’s made the world so much smaller. It really shows you how much power you have as a social media influencer, to do so much good.

So what good do you do with your power?

A lot of people get inspired that I, as a mom of five, am reinventing kosher cruisine. Everyone’s been following this whole cookbook project. They’re inspired that I make my dreams come true. I didn’t let religion hold me back, I’m proud of my Jewishness. I posted about how my brother was killed on the Brooklyn Bridge, to carry on his legacy, to honor his memory, so when people pass by there and they see the sign they know he was a person, that he is missed and loved, People were really touched and inspired. When you make yourself vulnerable to other people, it strikes them at the core, Jewish, non-Jewish.

Today marks 23 years since my brother, Ari Halberstam’s passing. Ari was killed in a terrorist attack on the Brooklyn Bridge that was meant to target the Lubavitcher Rebbe in revenge for the Chevron massacre that occurred in Israel several days prior. I’ve always shied away from sharing my family’s tragedy because it was just too personal, too painful. As the years pass, I’ve grown to realize that the pain of Ari’s death is not just my own to carry. He was killed because he was a Jew, and the loss belongs to all of us. Ari was my big brother, a 16-year-old yeshiva boy who loved pizza and sports. He was 6 ft tall with giant feet and we all thought he would be the first Jewish Michael Jordon! Ari always encouraged me to give my all, whether it was my diet, my schoolwork or my Judaism. My drive to succeed is to make him proud, and I hope I that I continue to do so every day of my life. Please keep Ari in your thoughts today and do a good deed in his honor. (Slide for more photos). #bigbrother #imissyou

So you’re not just part of the social media echo chamber?

No, you can make a difference in more than just food. Someone with cancer who couldn’t leave their bed said she follow my blog. Some people, Instagram is their life, where its like I have to cook dinner tonight because is everyone is waiting to see what they post. I remind myself I started this as a hobby, that this is my passion.

I’m in the business of being a mom. That’s what’s most important. Every mom should have something they do just for themselves. It will make them a better mom and spouse. Money is absolutely not why I do what I do.

What do you think posting what we eat online says about who we are? I think a big part of why so many people look for validation in posting fancy food online is because they may not be able to afford other fancy things, like apartments without roommates and cars that aren’t pre-owned. Comparatively, making some crepes with strawberries and creme frache and posting it online is an affordable way to self-care. What do you think?

I don’t know if I agree with that. It’s more an act of social pressure, with your friends. What appeals to people most now is food, so people are posting food.