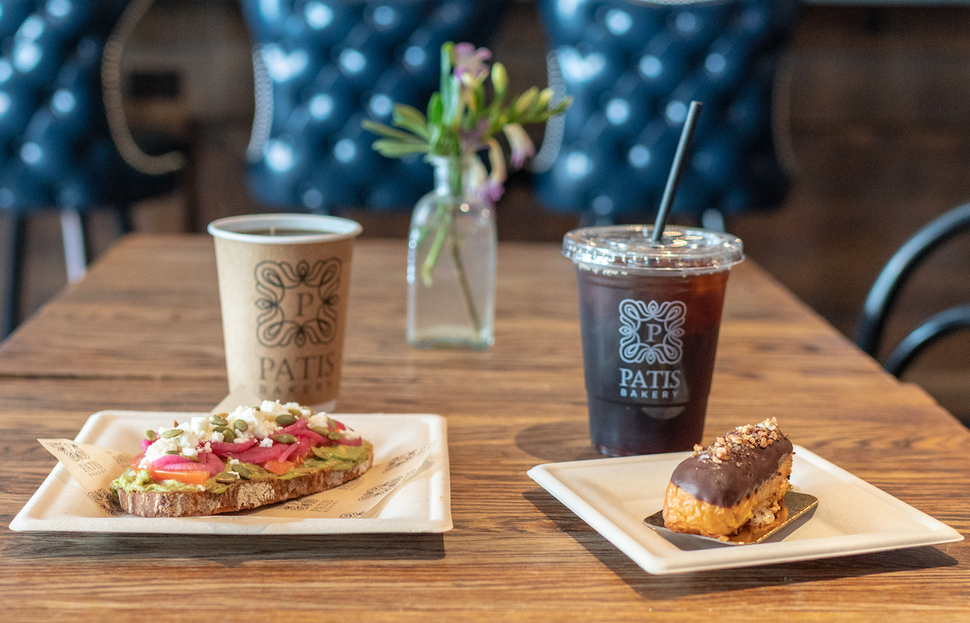 With Pardes, the boundary-pushing restaurant he ran in Brooklyn, Moses Wendel reinvented kosher for the foodie generation.

Patis, which opened in Manhattan this summer after launching in New Jersey last year, is bringing an artisan touch to kosher baked goods in “what’s not a typically kosher environment,” Wendel said.

“If there’s a formula, we’re not following it,” Wendel told the Forward. “We’re in the vein of classic pastry shops, with modern touches. And we’ve made great service a signature. When people talk about us, that’s what they’ve been highlighting. And, frankly, that’s not always what they may have seen at a kosher bakery.”

Rather than reboot kosher food, as he did at Pardes, Wendel’s aiming for something more timeless at Patis. “I’m not trying to sell myself as a chef at this stage of my career,” he said. ”In some ways, Patis is the opposite of Pardes. Everything there was about tipping over the apple cart. Now, it’s about making sure the apple cart runs smoothly. It’s about exploring flavor boundaries, not pushing them.”

At the bakery, that’s translating into superb baked goods, as the bakery’s rabid Instagram following would attest. “Our croissants are excellent,” Wendel said. “We make really good Viennoiserie. Our bread and macaron programs are excellent, and only getting better. And we have cool little items we work on, like a laminated eclair, as opposed to the traditional pate-a-choux pastry.” 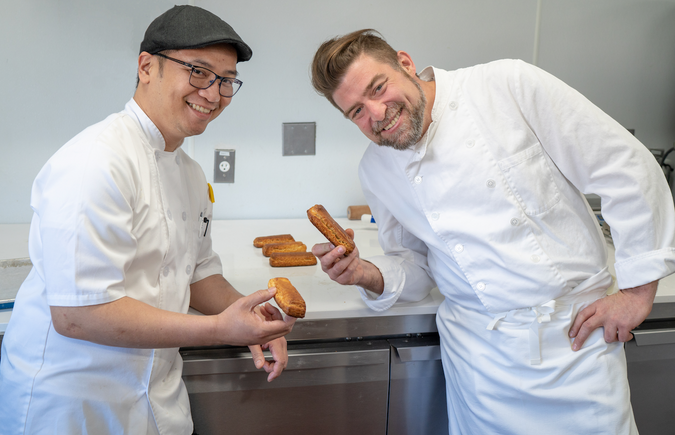 The aromas and flavors have been luring kosher and non-kosher customers alike, Wendel said. “In New York City, as long as your environment nice and not off-putting, people don’t have an aversion to kosher food,” he said.

While the bakery’s kosher-certified by the Orthodox Union, it’s also yoshon – literally, “old grain”. According to Chabad.org, yoshon means “that the flour used in this baked item came from wheat that took root in the ground before the previous 17th of Nissan”; it’s based on a Torah commandment. Has that been a challenge for Wendel and Patis in terms of sourcing?

“It’s a huge challenge,” Wendel said. “But it’s an opportunity, too. It’s less about just looking at ingredients, more about learning how to hone and doing more with less, which is a good thing. It means our technique is on point and the ingredients we do have are the best they can be.” The pressure on chefs, he said, is “to always be creative, always be an innovator. That prepared me to go into the kosher world, which is like running fast with your ankles tied together.”

Now that three years have passed since he shuttered Pardes, does the chef ever look back and wonder what might have been? “Pardes made an impact. It was very lucky for me,” he said. “It was a tiny, crappy restaurant I bought, cleaned up, painted, and kashered. At the end of the day, I didn’t invest 10 million dollars in it. It achieved way more than I expected. And in its own way, it was such a success.”

The next step for Patis and Wendel: A Brooklyn location.

“The cool thing about this business is that creativity isn’t just about food, it’s about where you’ll set up – in a Manhattan hotel lobby, for example,” he said. “Not being the focal point of the business removes a lot of blockage. Chefs can have big egos. I’ve had that in my life. I’m a lot more open to collaboration now.”