When will Jewish delis pivot to sustainable lox? 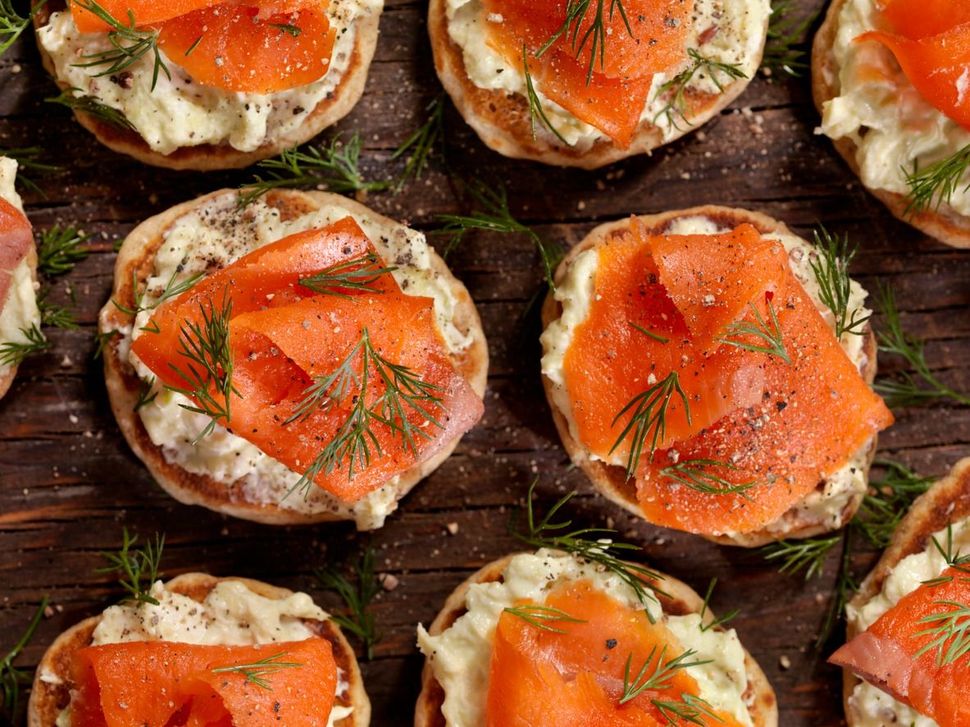 “Our Lox Is Getting a Facelift,” trumpeted the e-mail from Steingold’s Deli in Chicago: “We’re partnering with Skuna Bay Salmon, the acclaimed Vancouver Island company known for its pristine salmon harvested directly from the ocean via environmental-friendly practices.”

The announcement made us wonder: Since Jewish delis source and sell so much meat and fish, how have they handled sustainability, especially at a time of fierce food activism and climate concerns? Can mammoth columns of pastrami and piles of smoked fish survive in an age of enlightened dining?

“We have to be honest in our community about meat and seafood consumption,” Sonya Sanford, owner of Portland’s Beetroot Market and Deli, told the Forward when her mission-driven restaurant opened in September. “Climate change is real. Meat contributes to it. We’d rather serve smaller portions, and make it a treat, with high-quality meat. That super-thick pastrami sandwich? Not any more. Expectations have to change.”

Several deli owners either declined to speak to the Forward for this story, or didn’t return calls or emails. Sustainability, apparently, remains a delicate question, ten years after a sustainability-focused “Referendum on the Jewish Deli” hosted by author Michael Pollan in Berkeley, CA brought the issue to the fore. At that time, Saul’s Deli in Berkeley pulled kosher salami from its menu, citing concerns over commercial meat; outrage ensued.

These days, delis like Katz’s in Manhattan and Canter’s in LA continue to pile beef on bread for towering sandwiches; New York City’s Russ & Daughters Cafe and Black Seed Appetizing proudly proffer generous plates of smoked fish. Customers — as long lines attest – still eat it up. Katz’s in fact, has publicized the fact it sells 15,000 pounds of pastrami a week.

So is sustainability a concern for delis and their clientele?

Aaron Steingold, who opened Steingold’s in 2017, said last month’s move to more sustainable fish has less to do with customer expectations than with his own ethos as a restaurant owner. “It’s more important that I’m meeting my own expectations in regards to respect for planet,” he said. “That means knowing exactly where the fish comes from. Traceability is almost more important than sustainability, especially when it means we know where the food comes from that I’m feeding our guests.”

For Beetroot’s Sanford, “making these choices don’t feel like a choice – we’re stewards of food, and we have to be sustainable in the long-term,” she told the Forward. Sanford serves meat, but shrinks portions from the nostalgia-evoking behemoths of yore; for fish, her main purveyor is Portland’s Wilder Land & Sea, which shares Beetroot’s values, she said.

“We chose them because they partner with fishermen for high-quality land and sea products,” she said. “We ask them which fish are sustainable, how the fish were caught and raised. Their values align with ours.”

Working with a sustainable purveyor comes at a cost – literally. “It’s definitely more expensive to work with them rather than an institutional purveyor,” Sanford said. “No one has come in and demanded to know who our suppliers are, though it changes the customer experience when they understand the quality you’re using. The responses are incredibly respectful, or they say, ‘I can’t wait to come back’.”

“Deli’s especially challenging around this issue because your number-one product is beef, which is highly unsustainable,” he said. “In New York, sourcing local beef for brisket is pretty much impossible, since there are no local cattle farms. You just don’t have the amount of livestock needed for the quantity of brisket we go through.”

Sourcing beef locally would also become “extremely expensive”, Tietolman said. “The price of beef is already pretty crazy. And honestly, quality and sustainability are not necessarily connected. A grass-fed burger is worth the time and effort – you can taste the difference. But pastrami and smoked meat goes through an intense series of processes.”

As concerns around food sourcing become mainstream, Tietolman also said customer demands have shifted – but around ingredients rather than food origins. “People ask questions, but more about antibiotics, whether something’s hormone-free, if a product’s local. It’s less about sustainability,” he said. “We use local products where it makes sense,” like bread from New York bakery Orwasher’s. “The best example of going the extra mile at added cost is our cream cheese, which is made at an Orthodox-owned dairy farm two hours north of New York City. And it’s the best you can buy.”

For its fish, Mile End Deli sources from Acme Smoked Fish, the 114-year-old Brooklyn-based mega-purveyor that’s made its own steps toward more conscious sourcing.

“For many years now, Acme has maintained an end-to-end traceability program for all our products,” Adam Caslow, Acme’s co-CEO, told the Forward by email. “What’s changed recently is the number of people in the sustainability conversation, and the variety of definitions for sustainable practices. The seafood industry in general has a difficult task in educating the consumers on how to make choices that are right for them. Farmed, Wild, Organic, Sustainable, Fresh, Frozen, Certified – how are consumers supposed to know what all this means?”

In 2019, Acme released an official sustainability policy, making a commitment to assessing their current supply chain and to supporting sustainable fisheries. “As a part of this effort we have recently been re-certified with ASC [Aquaculture Stewarship Council] and MSC [Marine Stewardship Council] chain of custody,” Caslow said. The chain of custody programs confirm that seafood and fish products are fully traceable, according to the [ASC web site](https://www.asc-aqua.org/five-questions-about-chain-of-custody/.

Caslow acknowledged that sustainable fish costs more, but “the industry’s tendency to move towards more sustainable practices as a whole mitigates some of these higher costs as they are built into the process.”

For Sonya Sanford, the Beetroot owner, new practices mean a new kind of deli must represent this Jewish-American tradition in a new century. “We’re seeing that delis are changing,” she said. “It’s hard because of the nostalgia around the traditional ways of doing things. New delis are opening and adapting different practices. And some of the old ones are closing.”

When will Jewish delis pivot to sustainable lox?