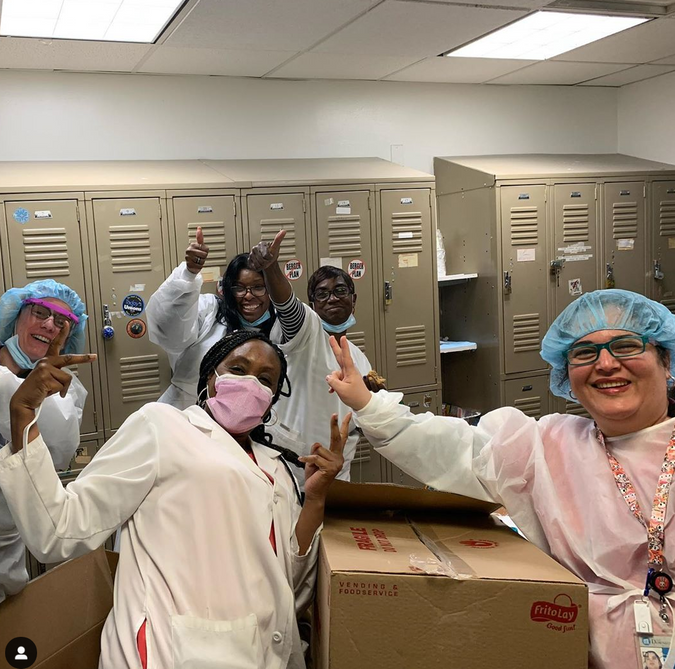 Now, the Brooklyn-born, Montreal-flavored restaurant is delivering it, literally.

Harnessing donations from across the country, the deli is delivering “emergency meals” to hospital workers in Brooklyn and Manhattan. A $10 donation buys one meal, which might include a turkey, chicken salad, or roasted-vegetable sandwich and a side like potato chips or house-made cole slaw. Many donors are buying meals in bulk, contributing hundreds of dollars at a time.

“My wife’s an emergency doctor, and it’s a hard job to start with. Now, it’s a war zone,” said Joel Tietolman, Mile End Deli’s owner. “We’re not making a margin on this; we’re doing it to help people.” Though Mile End Deli’s able to handle the volume of emergency meals now, Tietolman said he’d welcome going over capacity. “If this initiative continues to grow, we want to divert this business to other friends in the industry,” he said.

Mile End Deli was one of the first eateries to supply donated meals to medical personnel; as the Forward reported, Ben’s Deli on Long Island has been delivering sandwiches, hot dogs, knishes, and soups to local hospitals. 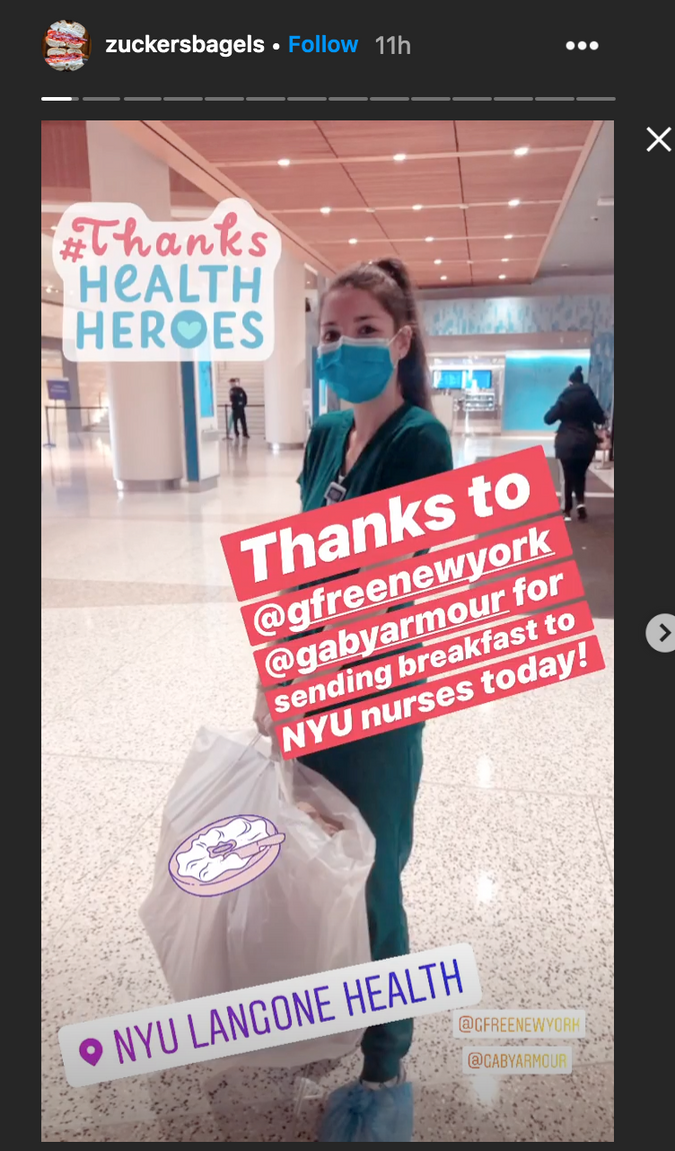 Zucker’s Bagels, which operates four Manhattan stores, has delivered hundreds of sandwiches to NYU Langone Health and Bellevue hospital staff over the last couple of weeks, according to co-founder Matt Pomerantz. “We expect the demand to grow,” he told the Forward. “We’re delivering simple, classic, hearty sandwiches like turkey and cheese, and chips, a cookie, and a banana or apple. Also bagels and cream cheese and egg sandwiches on bagels and wraps.”

Pomerantz and business partner Dan Pace started a GoFundMe campaign to sponsor as many as 10,000 ready-to-eat meals for staff at New York City hospitals; raising money for each meal also will enable Zucker’s to hire back employees over time, the partners said in a press release. Meal delivery to hospitals is catching on beyond restaurants.

In New Jersey, a local nonprofit called Arevut has been buying meals from local kosher restaurants and bringing them to Holy Name Medical Center in Teaneck, which has been an epicenter of coronavirus infections, according to New Jersey’s Jewish Standard.

And Bay Area-based Jewish literary power couple Ayelet Waldman and Michael Chabon have raised more than $35,000 through a GoFundMe campaign aimed at “feeding the heroic frontline staff in our emergency rooms, sustaining our local restaurant community, and giving our community as a whole a way to contribute.

“Every day, we purchase meals (at full price!) from local, independently-owned restaurants, which are struggling because of the coronavirus social distancing rules. We deliver those meals to our local East Bay hospitals, including Highland Hospital and Summit Hospital in Oakland, the GoFundMe page explains.

Similar efforts are sprouting across the country. In Bloomfield, Michigan, a pair of Jewish brothers launched a “Heroes at Hospitals” GoFundMe campaign to buy meals from local restaurants for staff at a local hospital. “Not only are we helping out the hospital staff — we are also helping out restaurants that are in desperate need of some business during this time,” Maverick Levy, 21, told The Jewish News of Detroit. Levy and his brother Jeff, 14, have raised more than $8,000.