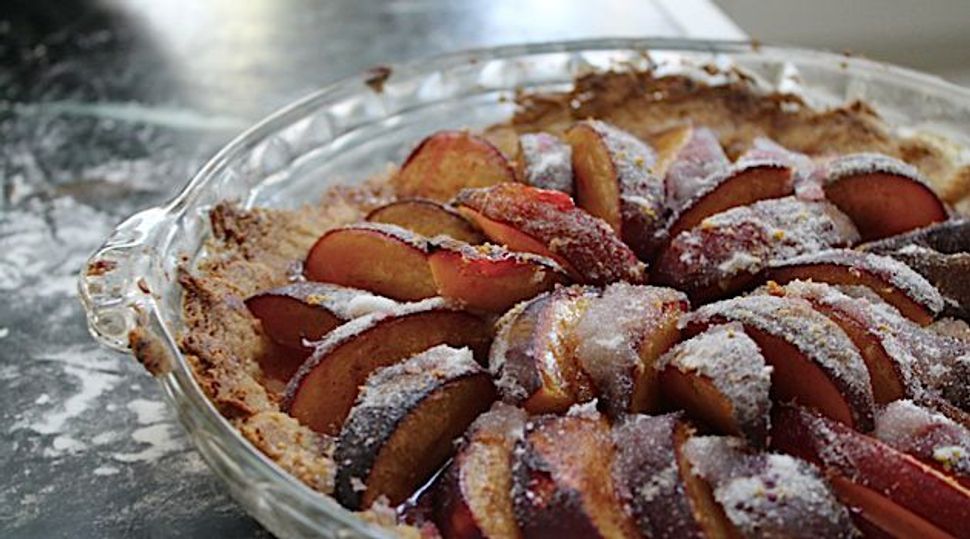 I can never decide what I like better about this Alsatian and southern-German tart: the quetsches (similar to Italian Blue Plums, which are available for a short time in the fall) or the butter crust (called sablé in French and Mürbeteig in German). On a recent trip to France, I learned a trick for making it: if you bake the tart with no sugar over the fruit, you won’t get a soggy crust. Just sprinkle on a small amount of sugar after baking. Italian Blue Plums are only available in the early fall, so I tend to serve this tart at Rosh Hashanah. If you make it at another time of the year, other varieties of plums can be used.

Reprinted with permission from “Quiches, Kugels, and Couscous: My Search for Jewish Cooking in France”).