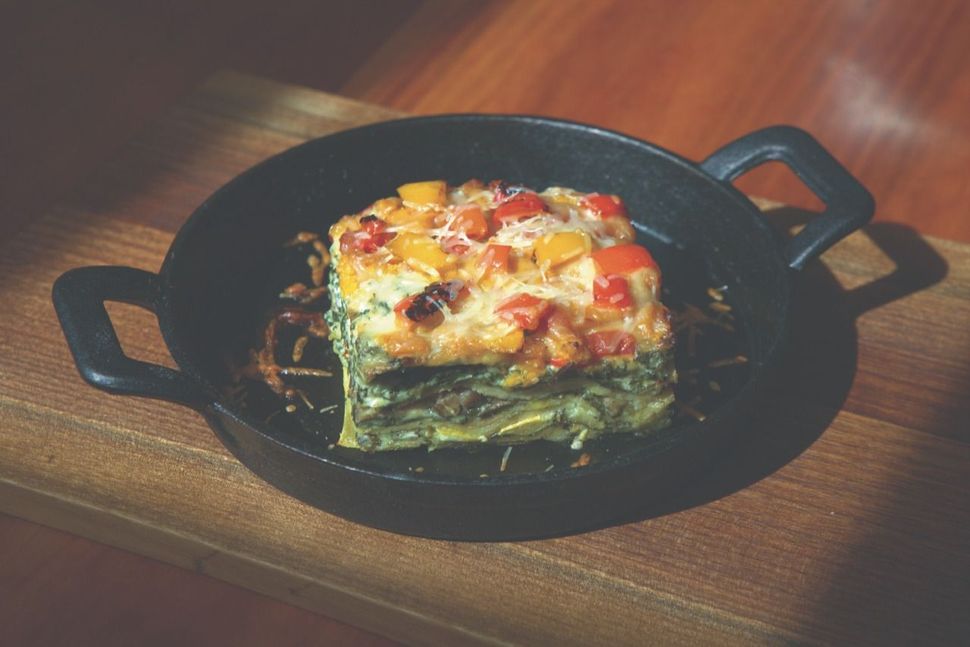 This large, colorful lasagna shows off the bounty of garden vegetables! Although it is a bit of a project, it is rewarding to make for a large party or potluck or even for a week’s worth of meals. It can also be cut up into sections after baking and cooling, wrapped tightly, and frozen for future use.

Excerpted from The Berkshires Farm Table Cookbook. Copyright 2020 by Elisa Spungen Bildner and Robert Bildner. Reproduced by permission of The Countryman Press. All rights reserved.