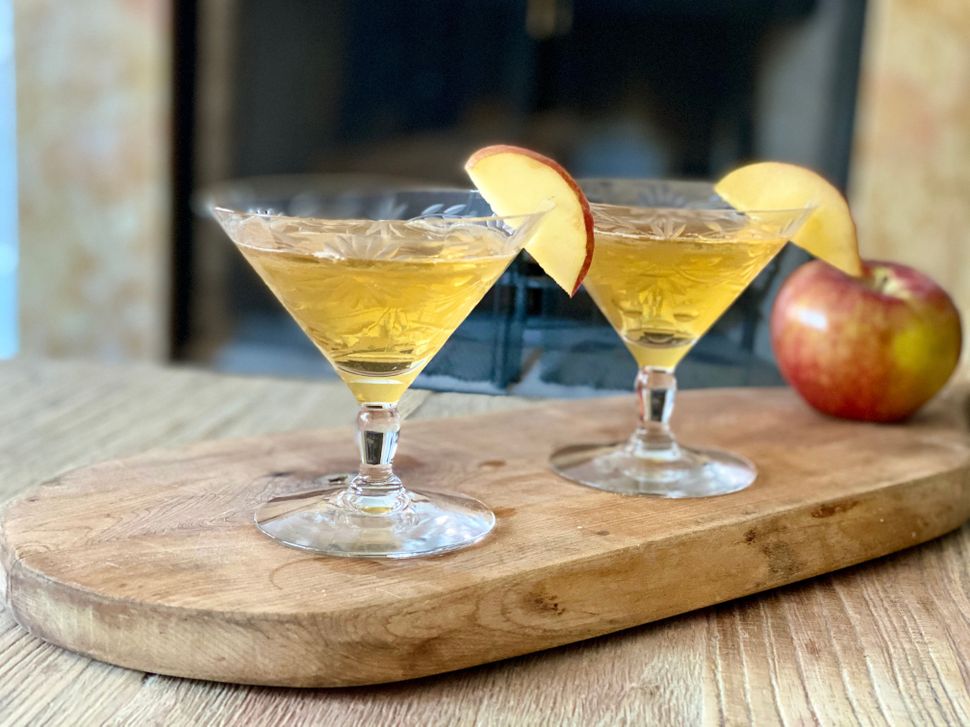 Serve your latkes with sour cream and take your apple sauce in liquid form. This delicious cocktail is the beverage equivalent of comfort food. It tastes like apple sauce spiced with ginger and cinnamon — and spiked with bourbon, of course.

For a non-alcoholic alternative, try sparkling cider with a touch of grated fresh ginger, garnished with ground cinnamon and an apple slice.

Combine bourbon and ginger liqueur in a shaker filled with ice. Shake vigorously for about 15 seconds and pour into a cocktail glass. Top with hard cider and garnish with apple slice and a sprinkle of ground cinnamon.