I never got to meet my maternal grandmother, but I feel a real tether to her in my kitchen. During Passover, the Jewish holiday when foods with any type of leavening are customarily avoided, she used to make egg “noodles” out of just eggs. She would make a stack of incredibly thin omelets, almost like egg crepes, roll the stack up like a huge cigar, and then cut them across into ribbons. When we were in the early days of Grace’s type 1 diabetes diagnosis a few years ago, eager for comforting dishes that were low in carbohydrates, I immediately thought about my mom’s stories about how wonderful those egg noodles were. They’ve since become a favorite in our house. While we both love them in a simple bowl of golden chicken broth, they’re great in so many different types of broth. 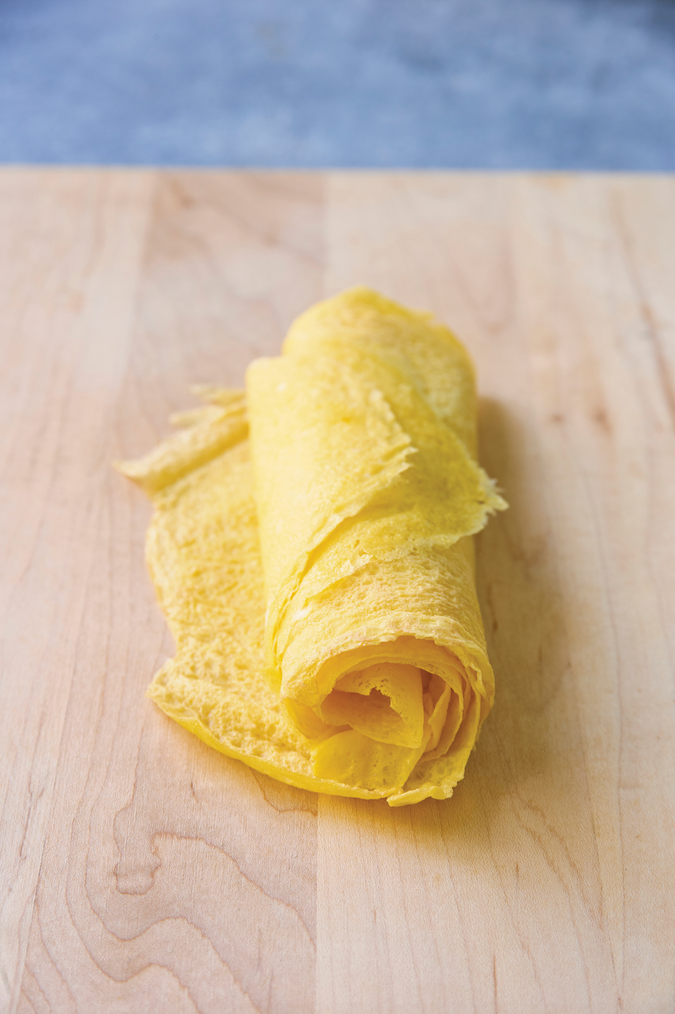 For a pho-inspired broth, you can char some onion, garlic, and ginger in a broiler and then simmer them with stock and lots of cilantro stems, a whole star anise, and a cinnamon stick; then strain all of that after about an hour, and season the broth with fish sauce. For a Mexican-inspired broth, try simmering your favorite dried chile peppers, garlic, and cilantro stems in stock. And on and on. Whatever broth you do, you can add some greens at the end of cooking and also poach some chicken breasts or thighs in the broth for added heft, but I particularly love the simplicity of broth and delicate egg noodles. If you want to make this ahead, store the broth and egg noodles separately and then combine them just before serving to best preserve their texture.

For the egg noodles:
4 large eggs
½ teaspoon salt
Cooking spray (my preference is olive oil spray, but use whatever you have)

Place the water, onion, chicken parts, pepper, and 1 tablespoon salt in a large pot over high heat. Don’t fear the large quantity of salt (remember you’re seasoning all of that water).

Bring the mixture to a boil, skim off and discard any foam that rises to the top, and then turn the heat to low. Simmer the broth gently so that it just barely bubbles and cook until the chicken pieces totally fall apart and the broth is incredibly fragrant, about 2 hours. Ladle the broth through a fine-mesh sieve into a clean pot (or, if you don’t have another large pot, ladle it into a bowl, clean the pot you started with, and return the broth to the pot). Discard the contents of the sieve (everything in it will have given all it can by this point, but by all means feel free to pick the chicken meat and snack on it; it won’t have much flavor, but there’s something very satisfying about standing next to a steaming pot and doing this).

Season the broth to taste with additional salt if needed. Keep the broth warm over low heat. 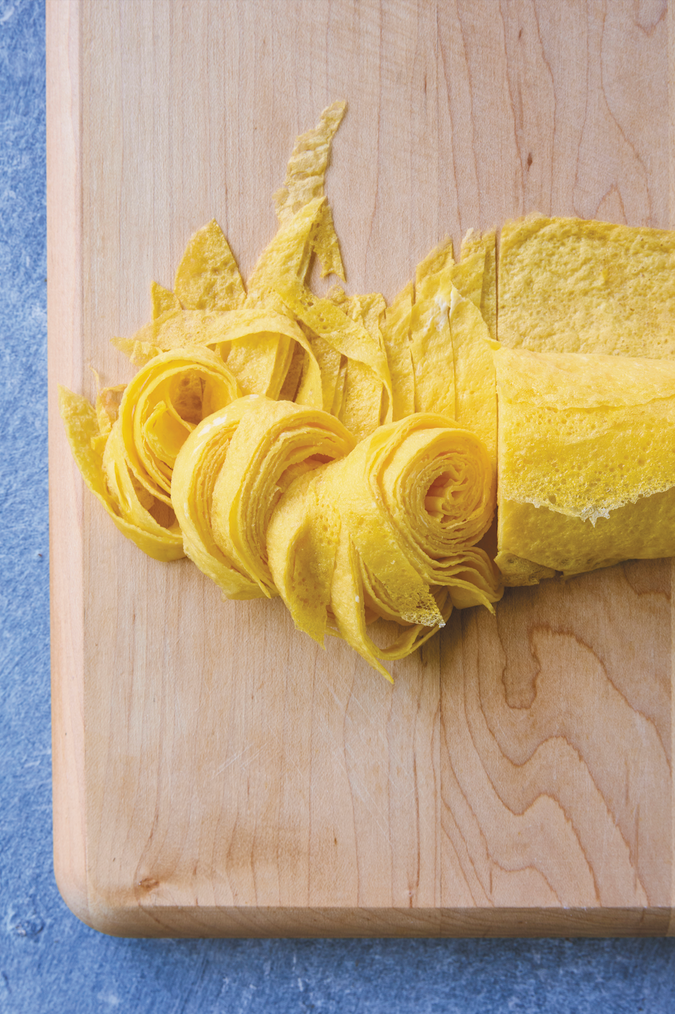 Then, make the egg noodles:

Place the eggs in a large bowl with the ½ teaspoon salt and whisk very well. Set a medium nonstick skillet over medium-high heat and spray the surface with cooking spray. Add enough of the beaten eggs to just coat the bottom of the pan and swirl the pan to coat the surface with the egg (pour any excess back into the bowl). Let the thin omelet cook just until it’s cooked through (no need to flip as it’s so thin) and then transfer it to a plate. Repeat the process until you’ve used up all of the beaten eggs, stacking the omelets as you go. Regulate the heat and spray the skillet with cooking spray as needed in between omelets (you might not need to spray between each one depending on the nonstickness of your skillet). You will likely end up with 4 or 5 thin omelets (but it really depends on the size of your pan). Roll your stack of omelets together and then cut them crosswise into thin ribbons.

Divide the noodles among 4 large bowls and ladle the broth over them. Serve immediately.