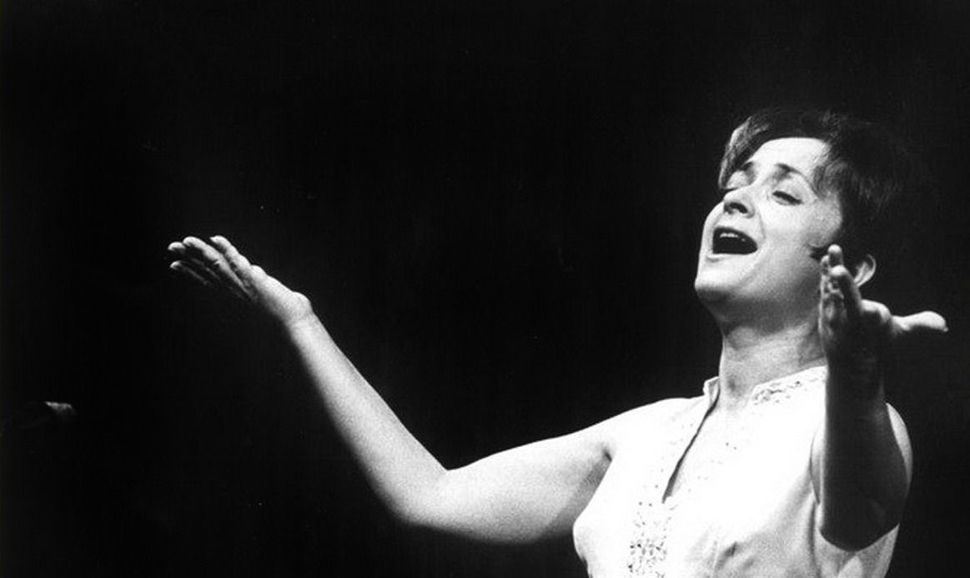 Nechama Lifshitz, the popular singer who defied the censors by singing in Yiddish and Hebrew throughout the Soviet Union, serving as a deep inspiration for the so-called Jews of Silence under Communist rule, has died at the age of 89.

Nechama Lifshitz was born in Kaunas, Lithuania in 1927. Her father, Dr. Yehuda Hirsch Lifshitz, who had studied in Yitzchak Yaacov Reines’ Yeshiva in Lithuania, was a doctor, businessman and Jewish communal activist. Both of her parents were active in Zionist circles.

During WWII her family fled to Eastern Uzbekistan. After returning to Soviet Lithuania in 1946, Nechama studied at the Vilnius conservatory and appeared as a soloist with the Vilnius Philharmonic Orchestra in 1957.

Her greatest joy, however, was singing in Yiddish and Hebrew. Beginning in 1951, she toured the USSR as a Yiddish singer despite the many restrictions against Jewish performers in those years and quickly became a symbol and a voice for the country’s silenced Jews.

In 1969 she made Aliyah to Israel. She continued to give concerts of Yiddish songs, including “Am Israel Chai,” which the poet Yosef Kerler wrote in her honor and became known as her signature song.

Recordings of her concerts were extremely popular not only in Israel and the USSR but were also a hit with Jews all over the world. She was often invited to give concerts in the USA, Australia, England and Latin America.

Nechama Lifshitz also directed the city of Tel Aviv’s municipal musical library. In 1978, she was awarded the Manger Prize and in 2004 – the Tel Aviv-Jaffa prize. In her final years, she ran a singing workshop to train young Israelis in the art of Yiddish song.

Nechama is survived by her daughter Rose Gartner, her grandchildren Deker and Dalia and her great-grandchildren Guy, Ellah and Shelly.