120 Years of the Forverts: How We Covered the Warsaw Ghetto Uprising 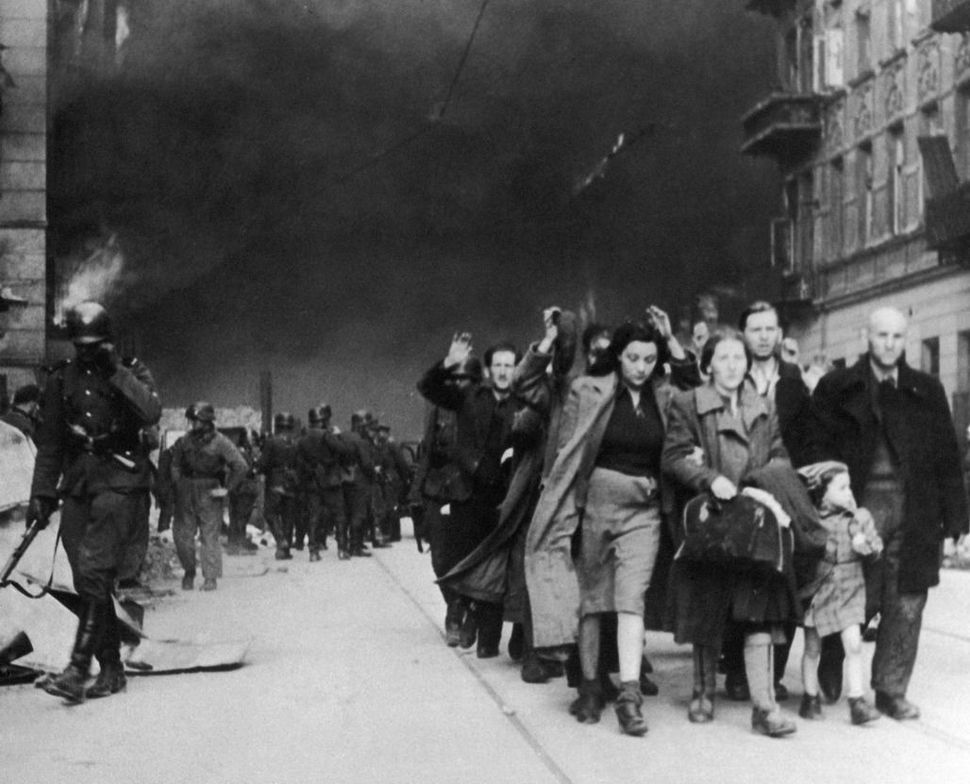 Unlike many American newspapers during World War II, which largely ignored the ongoing Nazi extermination of European Jewry – most notoriously, the New York Times – the Forverts continually printed reports on the Nazi genocide. 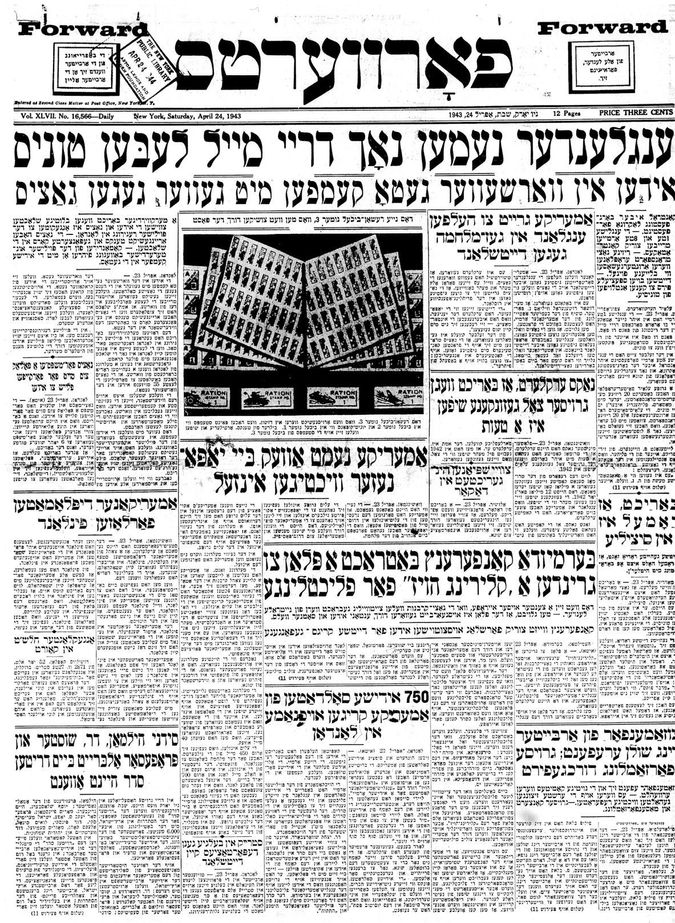 Despite its prominent coverage in the Forverts, the articles were not always comprehensive or entirely accurate as it was nearly impossible for people living in territories under German occupation to communicate with residents of Allied nations.

This, along with a lack of American reporters behind enemy lines and a fairly tight-lipped US military, meant that news about the war and the genocide being perpetrated against the Jews was often imprecise. The overall picture, however, was accurately conveyed: a historically unprecedented tragedy was befalling the Jewish people on the European continent.

Minor inaccuracies in reports from that period, stemming from the fog of war and the lack of modern communication tools that we take for granted today, are often used by Holocaust deniers to claim that the genocide never occurred. Legitimate historians (and hopefully, most of the general public) understand why certain dates of major events were initially misreported by a few days or in certain cases completely missed by the American media. But sadly a sizable number of people use these honest errors as evidence of a great “Jewish lie.”

With this context in mind, it’s interesting to look back at how the Forverts covered the Warsaw Ghetto Uprising in April of 1943. The initial news briefs, which ran on April 22, three days after the Uprising broke out, make it clear that something catastrophic was happening but barely mention the Uprising itself.

One article, headlined “Nazis Butcher Last Jews in Warsaw, Underground Radio Reports That Nazis Are Driving Last 35,000 Jews to the Slaughter” and sub-headlined: “Nazis Begin Pogrom in Warsaw on the Second Seder Night,” begins with the chilling words:

“Just as Jews around the world were sitting around their Seder tables to celebrate the holiday of freedom, the Nazis began slaughtering the very last Jews in the Warsaw Ghetto.”

Under the headlines: a mere one-line sentence stating that “unarmed Jews were fighting against armed Nazi murderers.”

The news that an organized uprising against the Germans was taking place didn’t appear in the Forverts for another two days. On April 24th, 1943, underneath the paper’s main headline, “British Capture Another Three Miles in Tunisia,” appeared the sub-headline: “Armed Jews Fighting the Nazis in the Warsaw Ghetto.”

Armed Jews in the Warsaw ghetto are fighting against the Nazi soldiers who’ve been sent to expel the last remaining Jews from Warsaw. A true battle broke out when the Nazis deployed tanks and armored cars to put down all resistance in the Ghetto.

This remarkable report was received on Tuesday by the Polish government in exile in London. When the latest information reached London the battle was still raging.

(On Thursday information reached London via an underground radio broadcast from Warsaw that the Nazis had decided to exterminate the last 35,000 remaining Jews in the Warsaw ghetto).

Those who are now resisting are the healthiest and strongest Jews, those who remained in Warsaw after the Germans conducted numerous massacres and deportations last fall.

The weapons with which the Jews are fighting were provided by the Polish underground resistance movement, which also sent in trained commanders before the current battle. According to the report, many German soldiers have already been killed.

After they expel and murder all of the Jews in the Warsaw ghetto the Nazis will also expel the Jews from the Krakow ghetto. According to the same report the deportations from Krakow have already begun. The survivors will be sent to special concentration camps, which are being built near Lodz, Sosnowiec and other cities.

Polish government officials estimate that about 1.5 million Polish Jews have been killed at the bloody hands of Hitler’s murderers.

As seen by the coverage, despite a minor discrepancy or two, the Forverts almost perfectly captured the tragic events. To a contemporary reader, the most remarkable fact may be that the uprising didn’t warrant a main headline. Instead, the main headline that day was on the British invasion of Tunisia. Looking back on our coverage 74 years later, it’s clear that nobody imagined how long the battle in the Warsaw Ghetto would continue or that the uprising would become the central symbol of Jewish resistance during the Holocaust.

120 Years of the Forverts: How We Covered the Warsaw Ghetto Uprising