Jewish Converts in the Russian Empire

In Sholem Asch’s novel “Petersburg,” Madam Kvasnetsova, an interesting Jewish woman who has converted to Christianity, owns a house in St. Petersburg and an inn for Jews who come to the Russian capital escaping their troubles. 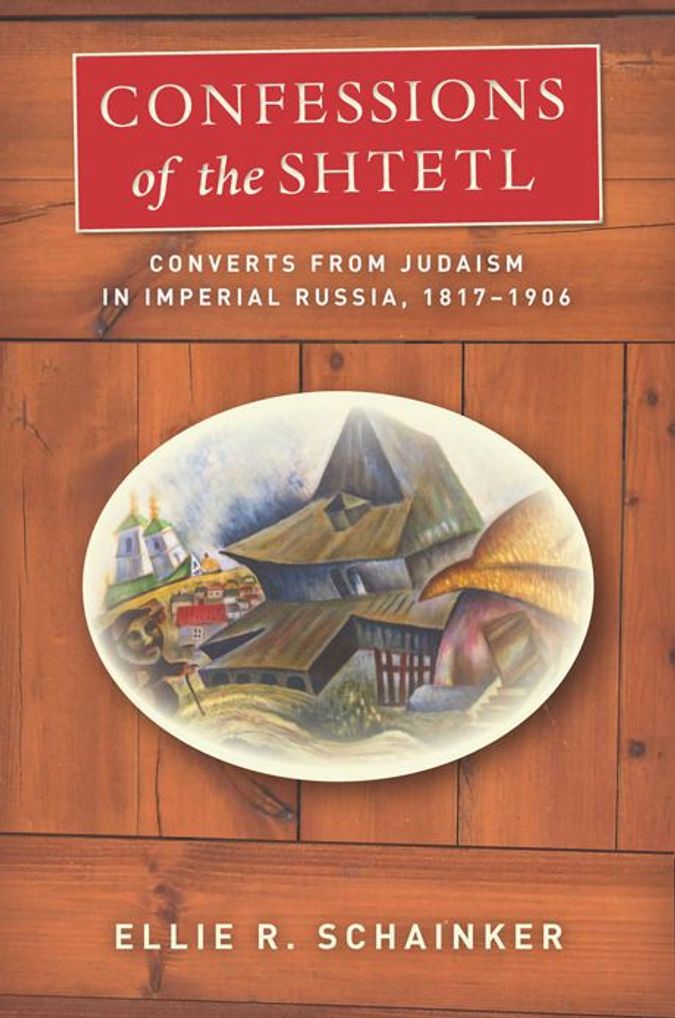 Officially, she’s a member of the Russian Orthodox faith, but at home, she follows both Christian and Jewish practices, believing that “two is better than one.” She had “already made peace with the thousand-year battle that the founders of the two religions had forced upon its disciples,” Sholem Asch describes ironically. As a result, Kvasnetsova celebrates both Christian and Jewish holidays: “Next to the Christmas tree stood the Jewish menorah of which she lit all nine lights.”

This character, who covered her hair with a wig at home and called herself Dvoyre-Leye, was not a product of Sholem Asch’s imagination. This phenomenon was much more common among Jews than previously thought. Often, they converted for practical reasons as, for example, to get permission to reside in large Russian cities where Jews were prohibited. But in the eyes of the Tsarist regime, they were breaking the law. If Dvoyre-Leye were caught participating in a Pesach seder, she could have been sentenced to a long prison term.

Converts from Judaism also appear in books by the great Yiddish writers, Dovid Bergelson and Zalman Shneur. The most famous example, though, is Chava, the character in Shalom Aleichem’s “Tevye the Dairyman,” who falls in love with and marries a Christian neighbor. Samuel Leib Zitron actually penned an extensive historical memoir work devoted to the topic of Jews who converted to a different religion.

But not until now has this topic received proper scholarly and historical attention as it does in Ellie R. Schainker’s book, “Confessions of the Shtetl: Converts from Judaism in Imperial Russia, 1817-1906.” Contrary to Zitron, Schainker doesn’t discuss famous personalities, but rather the common people, who decided to convert for a variety of reasons. Many didn’t so for practical gain but for love, as seen in the story with Tevye’s Chava. Jewish girls living in the shtetlekh, or towns, of Eastern Europe, did occasionally fall in love with Christian young men, but since weddings between Jews and Christians were strictly forbidden according to Russian law, and because it was forbidden for a Christian to convert to Judaism, the only way they could marry was for her to convert to Christianity.

Interestingly, the married couple often settled close to the Jewish woman’s family, in the Christian part of the shtetl or village. The relationship between the now-Christian daughter and her Jewish parents was often rocky, but unlike Tevye, most of them did not cut off contact with their daughters.

With a fine-tooth comb, Schainker presents an extensive number of sources from Russian and Ukrainian archives, which depict these cases from a variety of angles. Quite often, the young couple met in a tavern owned by the girl’s parents, where she would be serving the customers. But adopting Christian beliefs wan’t simple. Contrary to Protestants, the Russian Church wasn’t keen on drawing in the Jews. Any Jew interested in converting was required to spend a certain amount of time in a monastery learning the precepts of the faith. And the Church would continue to keep an eye on newly-converted Christians to ensure they weren’t practicing Jewish traditions behind closed doors.

Sometimes, the opposite took place. A Jew who had converted to Christianity years earlier – often a Jewish soldier who had been conscripted into Russian military service as a young boy – would return to his shtetl and be eager to return to the Jewish faith. By the second half of the nineteenth century, the government reluctantly allowed him to convert, although it often created bureaucratic obstacles for him. Not until 1906 did the Russian government openly permit former Jews to leave the Orthodox Church.

According to the Tsarist legislation, Judaism was a religion and not an ethnic group. That was how converts from Judaism could formally become a member of the Christian faith. But in reality, it wasn’t so simple. The passports of all new Christians were labelled “descended from Jews,” and by the end of the nineteenth century, these Christians were not allowed to live outside the Jewish Pale of Settlement. To top it off, Russians nationalists argued that converts from Judaism posed a danger to the Russian people, because they continued to identify as Jews. In this manner, this racist view became popular among government officials as well. Religion was no longer the deciding factor; biological origins were now more important.

The last part of Schainker’s book deals with the interesting phenomenon of Jewish-Christian study groups in Southern Ukraine, whose purpose was to bring together both faiths. They considered Jesus of Nazareth a Jewish Messiah, yet didn’t renounce Judaism. The Russian empire didn’t forbid these groups on the condition that all activities take place in Yiddish, so that Russian Christians wouldn’t be “led astray”. One such group, the “Biblical Spiritual Fraternity,” active in the 1880s, was led by Jacob Gordin, later to become an important Jewish playwright in New York – an example of how the contemporary American concept of “Jewish-Christian civilization” had obvious roots in the Russian Empire.

Jewish Converts in the Russian Empire