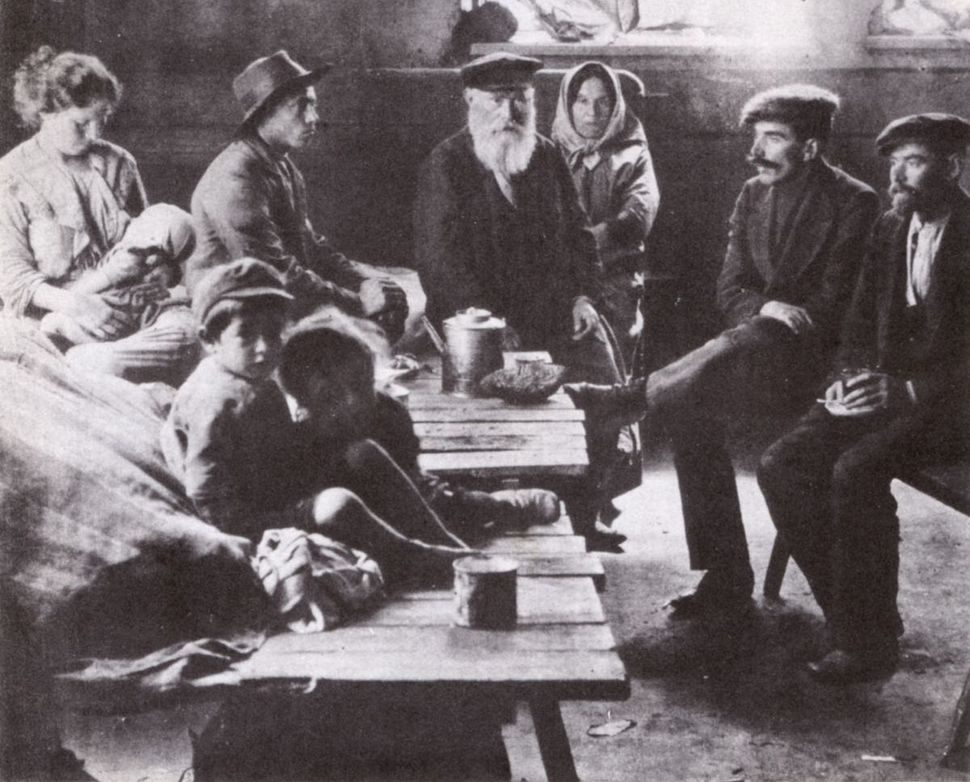 The extreme poverty that Jews once experienced in the cities and towns of Eastern Europe has been well documented, but what exactly was their diet like?

According to the memoirs of Hirsh Abramovich, a Yiddish writer in pre-war Vilna, the Jews in Lithuania were probably the poorest segment of the Jewish population, particularly in rural areas. As we hear in Aaron Lebedeff’s humorous Yiddish theater song “Romania, Romania”: “Galicians have money but Lithuanians have children.” 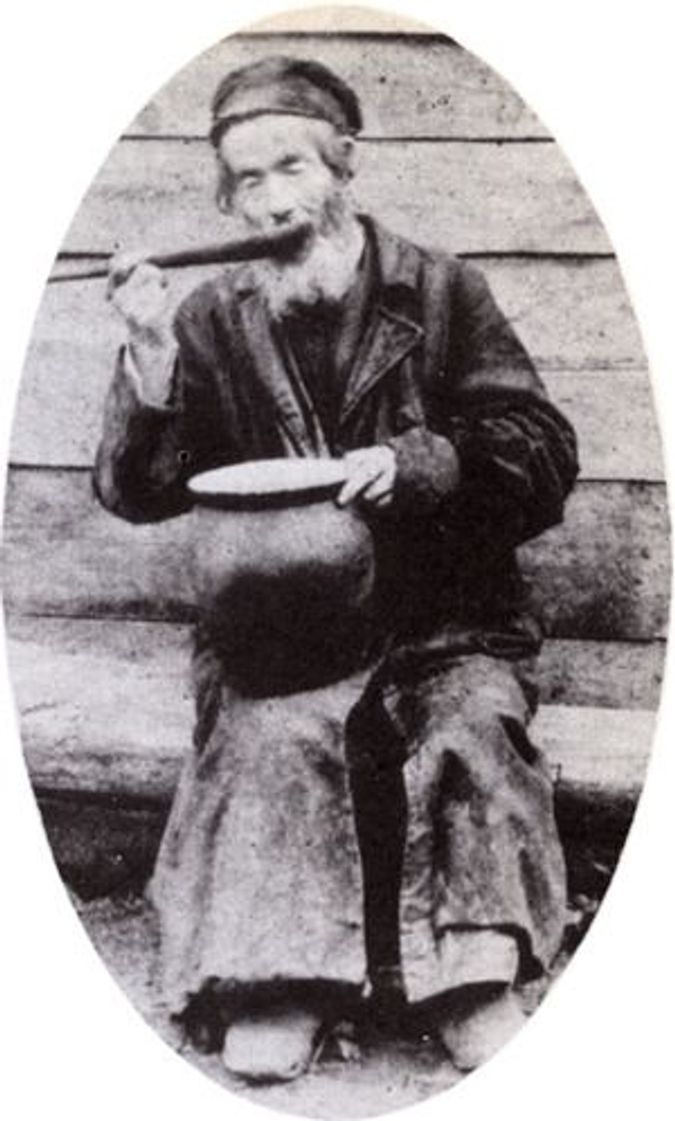 It’s hard for us to imagine what it must have been like, not knowing whether there’ll be any food on the table, or whether the hunger will ever go away. When I was a child, my dad would tell me how difficult it was during the Great Depression, that families frequently had to choose between food and rent; but even that doesn’t compare to the debilitating poverty in the villages of Eastern Europe at that time.

An elderly Jewish New Yorker once told me about a visit he made to his family in Vilnius in 1935. He stayed with them, but because there was no running water, he had to bathe in a bathroom at the train station. He paid the janitor a few coins and threw in an extra as a tip. The janitor praised the stranger so highly for his supposed generosity that the American was embarrassed. This would never have taken place even in the poorest tenements of New York City. The situation in the towns and villages around Vilnius was even worse than in the city. Abramovich writes: “Villagers referred to city dwellers as ‘those Vilna noshers’ since they could eat ‘luxuries’ like fish, chicken, cheese, butter, even bread not only on Shabbos, but even on weekdays.” The author describes an exchange between a child and his mother concerning his brother, Chaimke.

If a family didn’t have food during the week, they had to do without; but if they didn’t have food for Shabbos, other Jews had no choice but to help them out. In Abramovich’s words: “It was common to see Jews suffering from hunger during the week but not on shabbos since it was forbidden to allow a Jewish family to be without food on shabbos.” Even the poorest were provided with at least challah and fish. 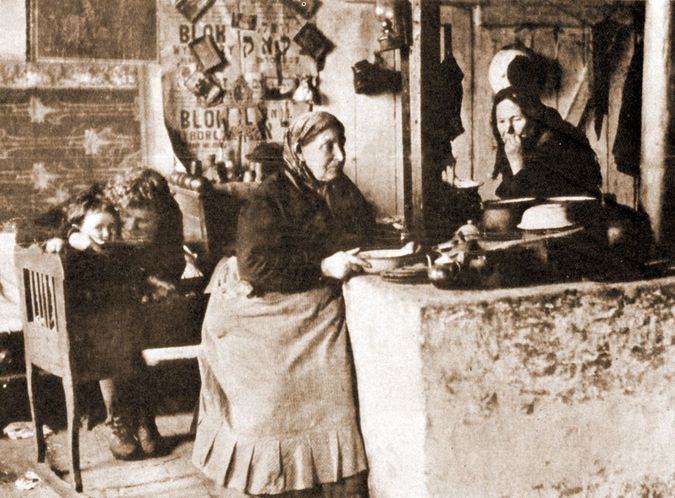 Fruit and vegetables weren’t readily available in the winter, so families ate what they had stored up: onions, cucumbers, cabbage, beets, sorrel soup, and, of course –potatoes. Both Jews and non-Jews alike in Eastern Europe, as well as in other countries (Ireland!), stayed alive thanks to potatoes, which in Lithuanian Yiddish, is called “bulbes.” As the famous children’s song tells us: “Sunday we have bulbes, Monday – bulbes, Tuesday and Wednesday – bulbes; Shabbos, thank goodness, we have bulbe kugel, Sunday it’s back to bulbes.”

Potatoes were prepared in numerous ways: cooked, stewed, baked; scraped and unscraped (not peeled – it’s a shame to waste the skin!). They were used to make dishes like brioche and pudding and others with names like “Gypsy”, “bombs”, “futile fish” (potatoes with onions and black fish, which allegedly tasted like fish).

Perhaps because of their constant hunger Jews learned to derive pleasure from even the simplest of foods, as Sholem Aleichem writes in his short story, “Milkhiks” [Dairy]:

“Take lemonade, for instance. Have you ever eaten bread with lemonade? Try it once, but only on the condition that you first properly starve yourself, so that your heart faints and your hands shake and the veins in your legs begin to contract. Only then will you truly experience what heaven must be like.”