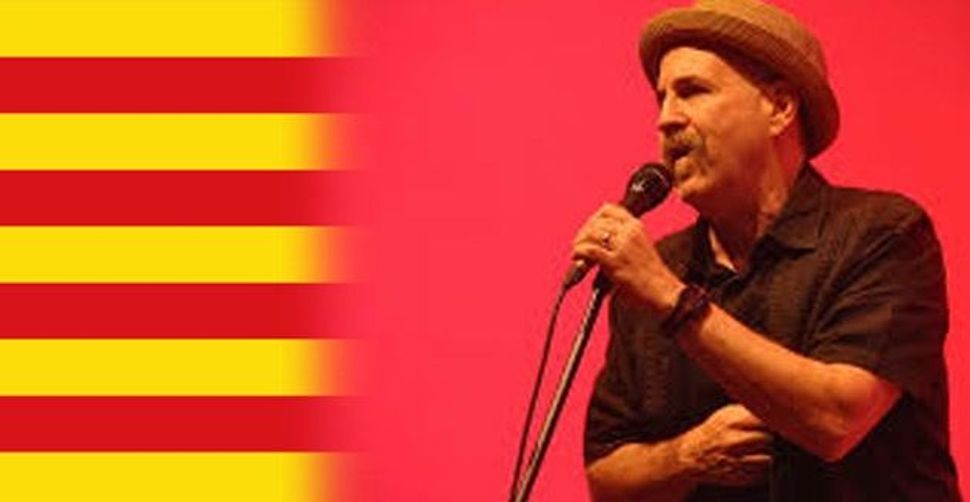 Catalonia might not be the place that comes to mind when you think of Yiddish, but a Yiddish version of an unofficial Catalonian independence anthem is now gaining popularity.

On October 1, residents of Catalonia will vote on a historic referendum to decide if their region should remain a part of Spain or become an independent country.

Although about half of Catalonians support independence, the Spanish government believes the referendum to be illegal and has undertaken extreme measures to try to prevent it from taking place. While no one expects bloodshed, the conflict brings back bitter memories for many Catalonians of dictator Francisco Franco’s decades-long rule, which saw the region’s language and culture severely repressed.

For more than 40 years, most pro-independence demonstrations in Catalonia have included the singing of Lluís Llach’s haunting song “L’estaca” (“The Stake”). Written in 1968, when, under Franco’s regime, singing publicly in Catalan was still illegal, the song describes a rotten stake, which will fall if enough people pull against the chains that bind them to it.

The song, with its clear references to Spain’s fascist government, quickly became a sort of unofficial national anthem for Catalonia, even before Llach’s return from exile after Franco’s death in 1976. Here, Llach performs it at one of his first concerts upon returning to his homeland that year.

“L’estaca” inspired translations and adaptations into many languages. Perhaps the most famous is Jacek Kaczmarski’s Polish song “Mury” (“Walls”), which became the anthem of the Polish protest movement Solidarity.

In recent years a Yiddish version of the song has become a regular part of the Klezmatics’ concert performances. The translation, by Yuri Vedenyapin, remains faithful to Llach’s Catalan original but gives the song a Yiddish flavor and deeply Jewish resonance.