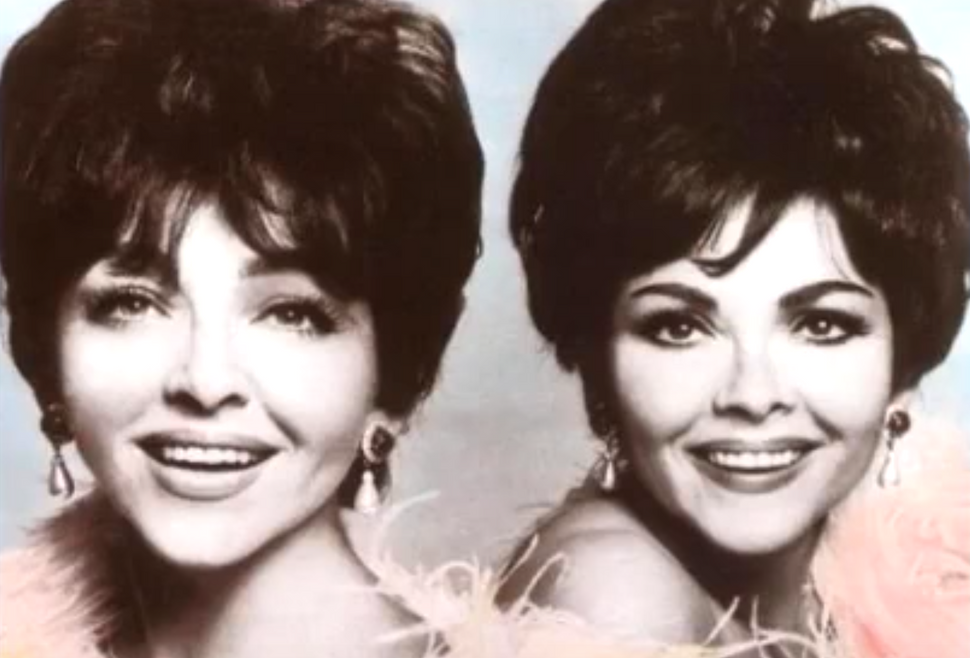 The Barry Sisters, Minnie “Merna” Bagelman (1923-1976) and Clara Bagelman (1920-2014), were the most popular Yiddish singers in American history. The sisters initially gained fame thanks to the popular radio show “Yiddish Melodies in Swing,” which began in 1937. The show bridged American and Yiddish culture by featuring Yiddish folksongs performed in a jazz style and popular American songs such as “Rain Drops Keep Failing on My Head” performed in Yiddish. The Barry Sisters also appeared numerous times on the Ed Sullivan Show.

Although best known today for their 11 albums of Yiddish music, the sisters were famous in their heyday for their elegant concerts, which featured elaborate orchestras. Here you can see a rare film taken from a concert in West Germany where they sang “Well, Tell Me When” from Alexander Olshanetsky’s operetta “What Girls Do.” The operetta debuted in 1935 and originally starred Molly Picon.

Listen for the unexpected musical interlude from a certain Broadway musical. Hint: It isn’t “Fiddler on the Roof.”