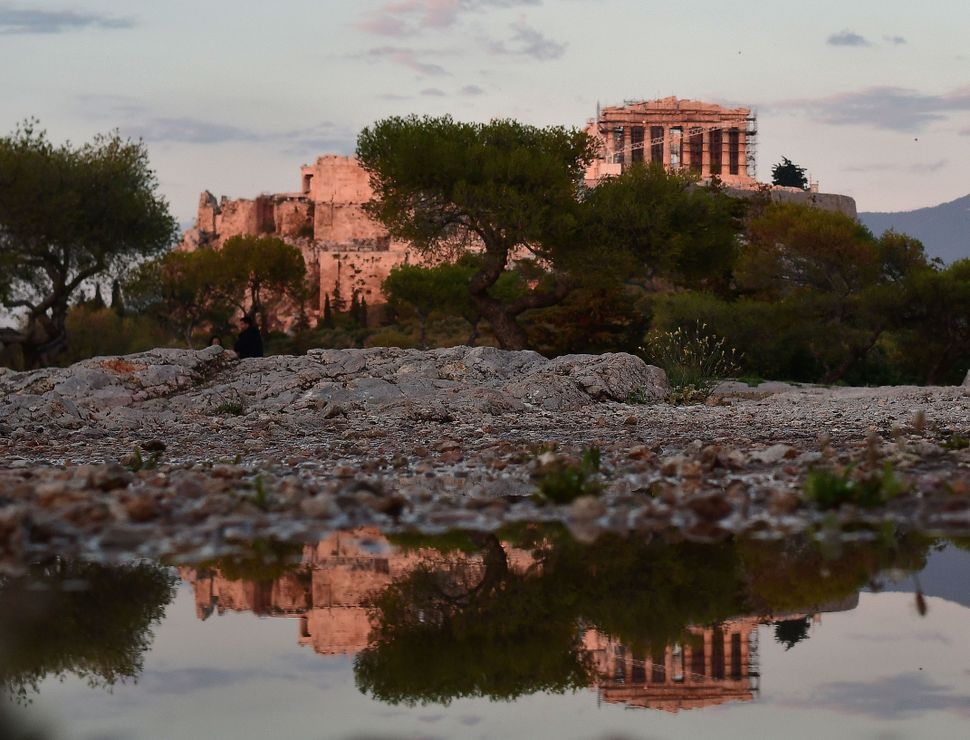 The Parthenon in June, 2017. Image by LOUISA GOULIAMAKI/Getty Images Although Greece has a venerable 2,400-year Jewish history, it’s certainly not the first place that comes to mind when you think of Yiddish.

Although Yiddish was spoken a bit in Thessalonica before World War II, the Ashkenazi community there had, as in Cairo, a small and short-lived presence. During their history, Greek Jews spoke a variety of Jewish dialects of Greek — most prominently Yevanic, the mother-tongue of the ancient Romaniote community — as well as Ladino, which, after the expulsion of Spain’s Jews in 1492, would become the most popular language among Greek Jews until the Holocaust.

For one week this winter, however, Greece will become a mini-center of the Yiddish-speaking world. The Paris Yiddish Center Medem-Library and the Other Music Academy have announced that they are teaming up to launch a Yiddish retreat in Greece based on Yugntruf’s long-running Yiddish Week. The program, dubbed “Yiddish Marathon,” will run from December 27-January 3 and include both academic lectures and excursions to the beach.

“Yiddish Marathon” will be based in Sounion, a seaside town at the edge of the Attic peninsula. Guests will stay at the Saron Hotel located not far from an ancient temple dedicated to Poseidon.

The program price — 350 euros for a bed in a shared room, 470 euros for a single — includes two meals a day and all activity fees. (Children between the ages of 6 and 12 can attend for 140 euros, children younger than 6 for free.)

Yiddish students are welcome but must commit to speak only Yiddish during the course of the retreat.