Send Us Your Forverts Memories! 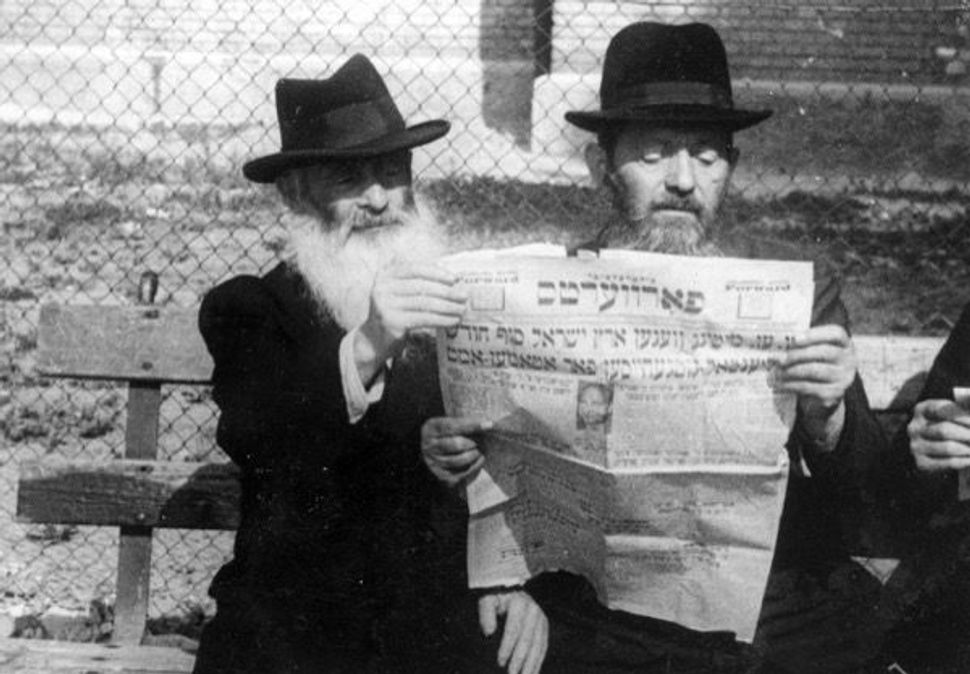 When it was announced that the Forverts would cease its print edition after 122 years people began to post their memories of our newspaper on Facebook and Twitter.

Because of the spontaneous reaction, we decided to ask our readers to submit their written recollections of the Forverts in their own families.

If you have an anecdote to share, write a paragraph or two, in Yiddish or English, describing your or your family’s connection to the paper. You might, for instance, want to note who in your family read the Forverts and what topics he or she enjoyed reading about. Perhaps you or a loved one learned about an important event from the pages of the Forverts or discovered lost relatives thanks to an article? Or maybe you know someone who was interviewed for an article that appeared on our pages?

If so, submit it to schaechter@forward.com with the subject line “Forverts Memories.” Be sure to include the city and neighborhood where you were raised.

And if you would like to place an ad commemorating this historic occasion, send the text to kutzik@forward.com, subject line “Forverts Ad.”

Send Us Your Forverts Memories!