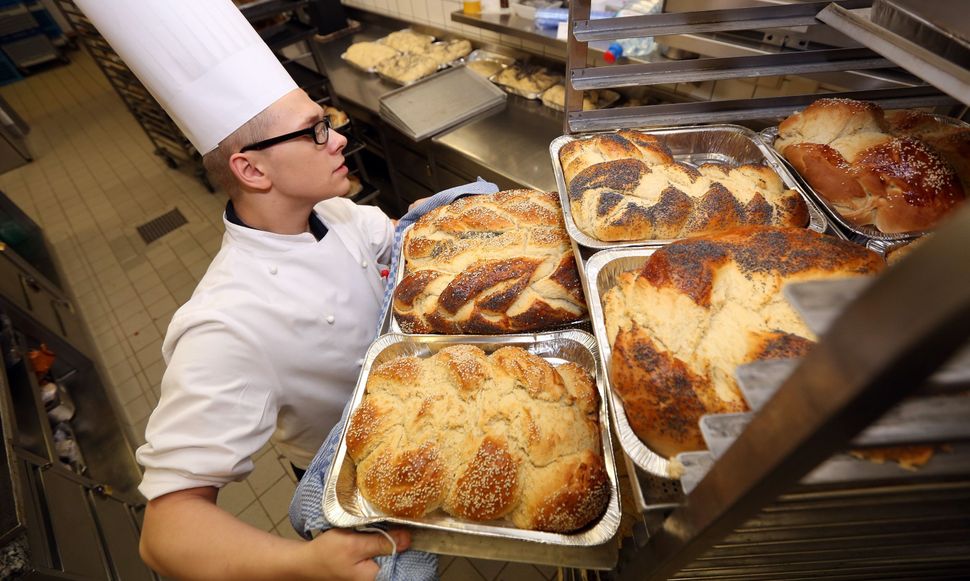 In the video bellow, using the Czernowitzer challah recipe published by Maggie Glezer in “The Blessing of Bread” as a basis, Rukhl Schaechter and Eve Jochnowitz, co-hosts of the Forverts cooking show, “Eat In Good Health,” demonstrate how to shape the challah in several ways, ranging from sophisticated to simple enough that a child can do it.

As Glezer writes in the book:

“In the late nineteenth century, the city of Czernowitz, known as the Vienna of Eastern Europe, was famous throughout Austria-Hungary for its tolerance, civic beauty, culture, and learning. Frequently renationalized over the last millennium, Czernowitz has passed through Romanian, Ottoman, and Austrian control and is now a Ukrainian city called Chernivtsi. At its cultural peak at the turn of the twentieth century, it was populated and governed by Jews from Poland, Russia, Austria, and Romania — it even hosted the first-ever Yiddish-language conference in 1908. Of course, World War II destroyed this idyll, and most of the city’s Jews were deported to Auschwitz.
This recipe for a classic European challah (pronounced “chern-o-vitzer”) comes from the late Lotte Langmann. It is not terribly sweet or eggy, but it is generously enriched with oil. The Austrians traditionally use a four-stranded braid, but this dough holds its shape so beautifully during baking that it is a great choice for showing off any fancy shape.”

Enjoy the show, and as we say in Yiddish: “Est gezunterheyt!”