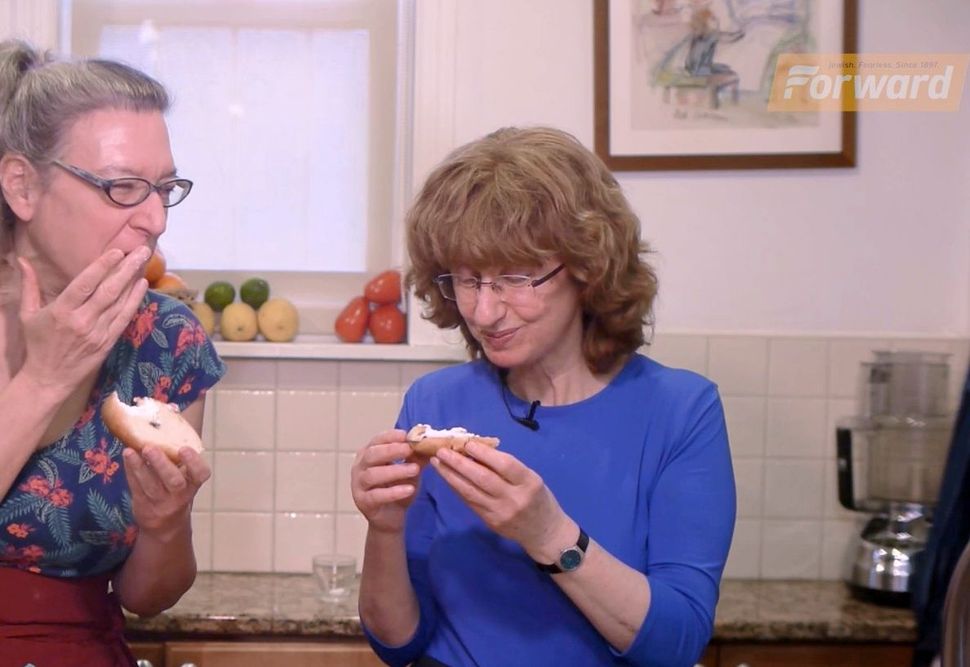 In this episode of “Eat in Good Health”, Rukhl Schaechter and Eve Jochnowitz demonstrate how to make a bialy from scratch the traditional way.

Although not as famous as its cousin, the bagel, bialys are a quintessentially Jewish treat. Named after the city of Bialystok, the term originated from the phrase “bialystoker kukhn” (literally: baked-good from Bialystok).

Some other cousins of the bagel and bialy are the vilner (named after Vilne/Wilno/Vilnius, like a bagel with a much larger hole) and the pletsl, which is often seasoned like a bialy. While increasingly hard to find in the US outside of New York, bialys are still popular in Poland, where they are known as cebularz.