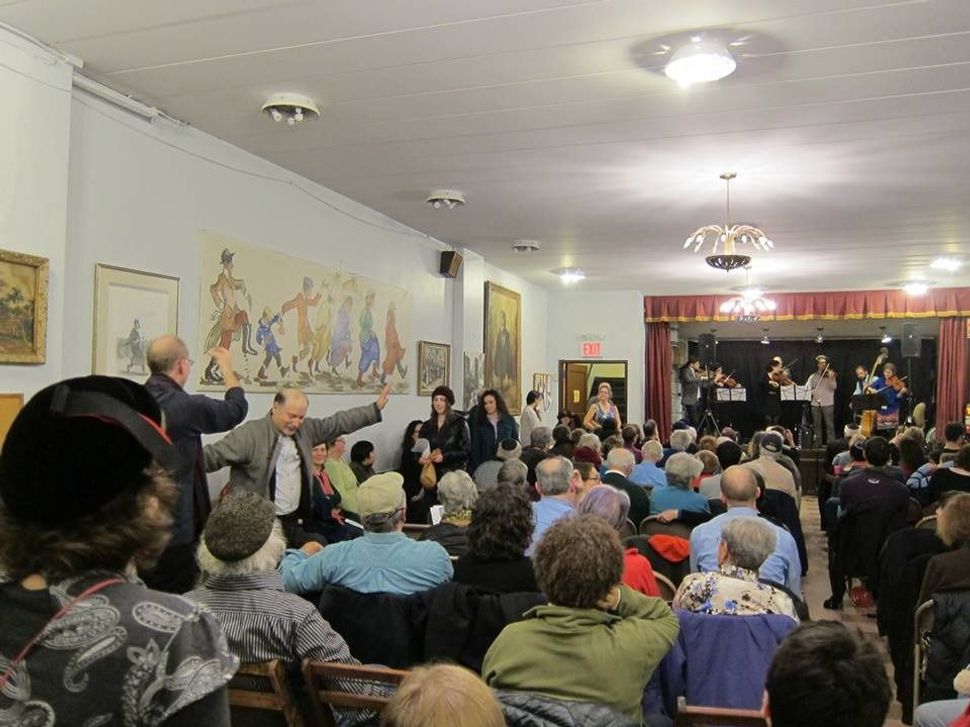 So began a recent message on the Sholem Aleichem Center’s Facebook page, informing fans of the Bronx Yiddish cultural center’s dire need of a new roof.

To raise the $20,000 required for the renovation, the Center has launched a GoFundMe campaign. As of December 5, the campaign has raised about $6,000. According to Yiddish activist Dr. Itzik Gottesman who posted the Facebook message, the venerable organization will face bankruptcy if it can’t raise the needed funds.

The Sholem Aleichem Center on Bainbridge Avenue, located near the Montefiore Medical Center in the Bronx, has served as a Yiddish cultural center for over 60 years and is one of the rare venues outside the Hasidic community that offers regular lectures and cultural programming in Yiddish. Besides a monthly lecture series, the Center sponsors a weekly discussion group and an annual klezmer festival.

The building once housed the Sholem Aleichem Folkshul 21, a Yiddish afternoon school which Gottesman and other prominent Yiddish scholars, artists and writers had attended as children. The curriculum used in the Folkshul’s daily classes, held after regular school hours, included Jewish history, Bible and the reading of well-known stories by classic Yiddish writers.

Today, hundreds of Yiddish books and a dozen paintings of Yiddish writers, including portraits of I. L. Peretz and Sholem Aleichem, line the walls of the lecture hall, imbuing the room with a vivid sense of appreciation for the intellectual and cultural legacy of the Yiddish language and culture.