Favorite Heirlooms: Hats from the black market in Uzbekistan 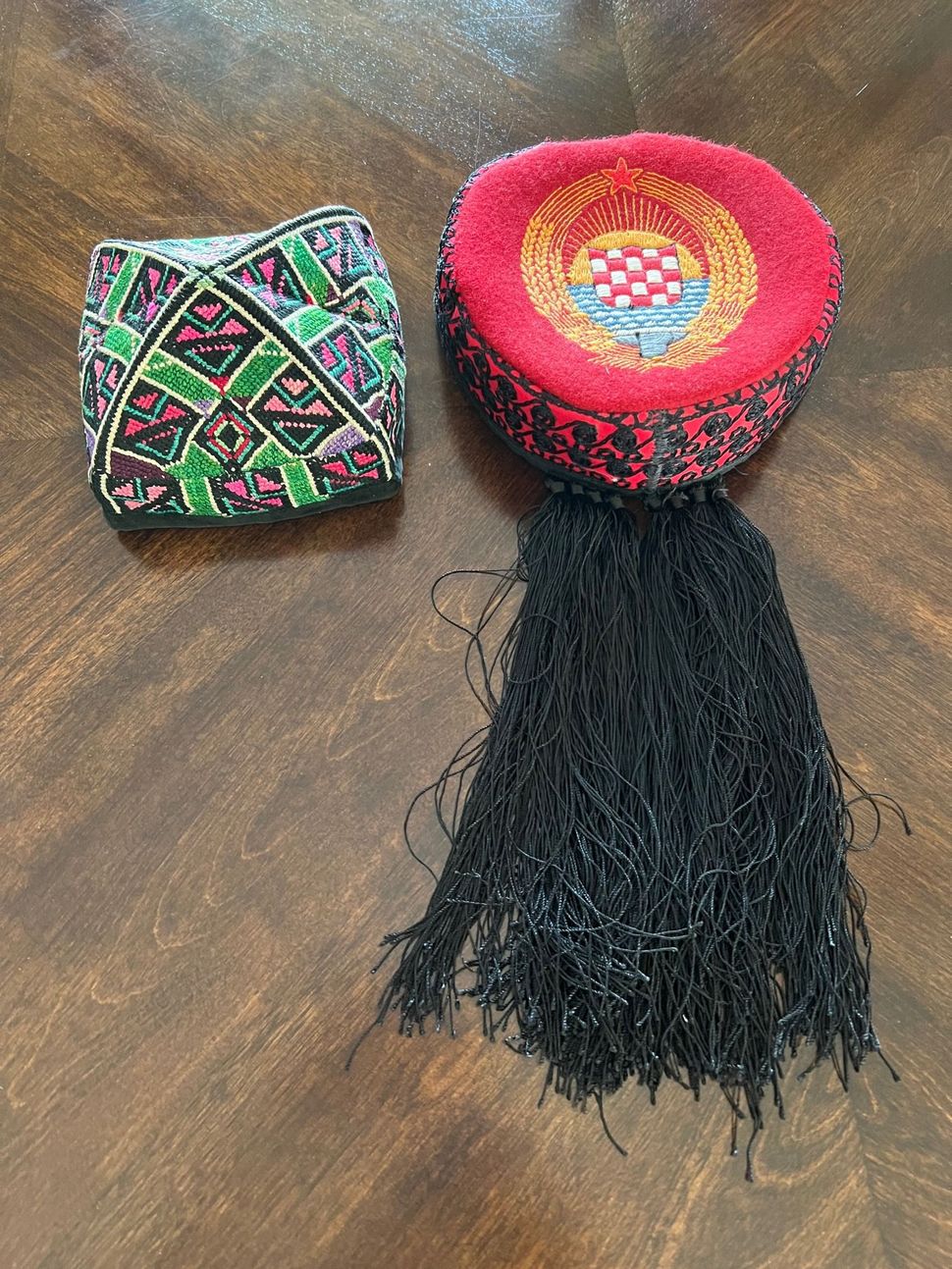 These are the hats that my mother and uncles bought when bartering to survive in Uzbekistan during the Holocaust years.

My mother was only twelve years old and her brothers – 14 and 9 years of age – when she and her family left Horodenka, Ukraine in 1941 and took the long treacherous journey to Fargenan, Uzbekistan. 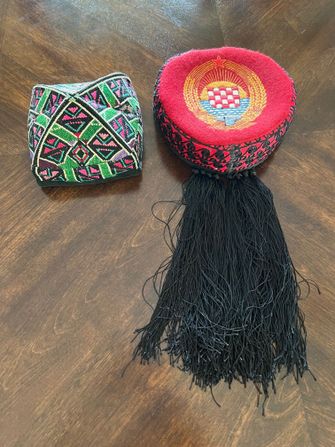 My mother and her brothers survived the war years by selling black market merchandise on the streets of Fargenan, and they did so wearing these bright-colored hats. My grandfather died there of dysentery. After the war my grandmother, mother and uncles took what few belongings they had, including the two hats, to Szczecin, a new city in Poland (formerly the German city of Stettin) where many Jewish survivors settled after the war. There my mother and father met and married in 1947.

Soon afterwards they left Szczecin and made it over a dangerous border crossing to the Tempelhof Displaced Persons camp in Germany, in order to unite with my father’s family in Berlin. They all emigrated to America in 1949 and my uncle brought the hats with him, holding on to them until he died in 1989. My mother took care of them until she died in 2010. Now I have them.

Favorite Heirlooms: Hats from the black market in Uzbekistan