Yiddish Wordle designers create a version for the Forverts 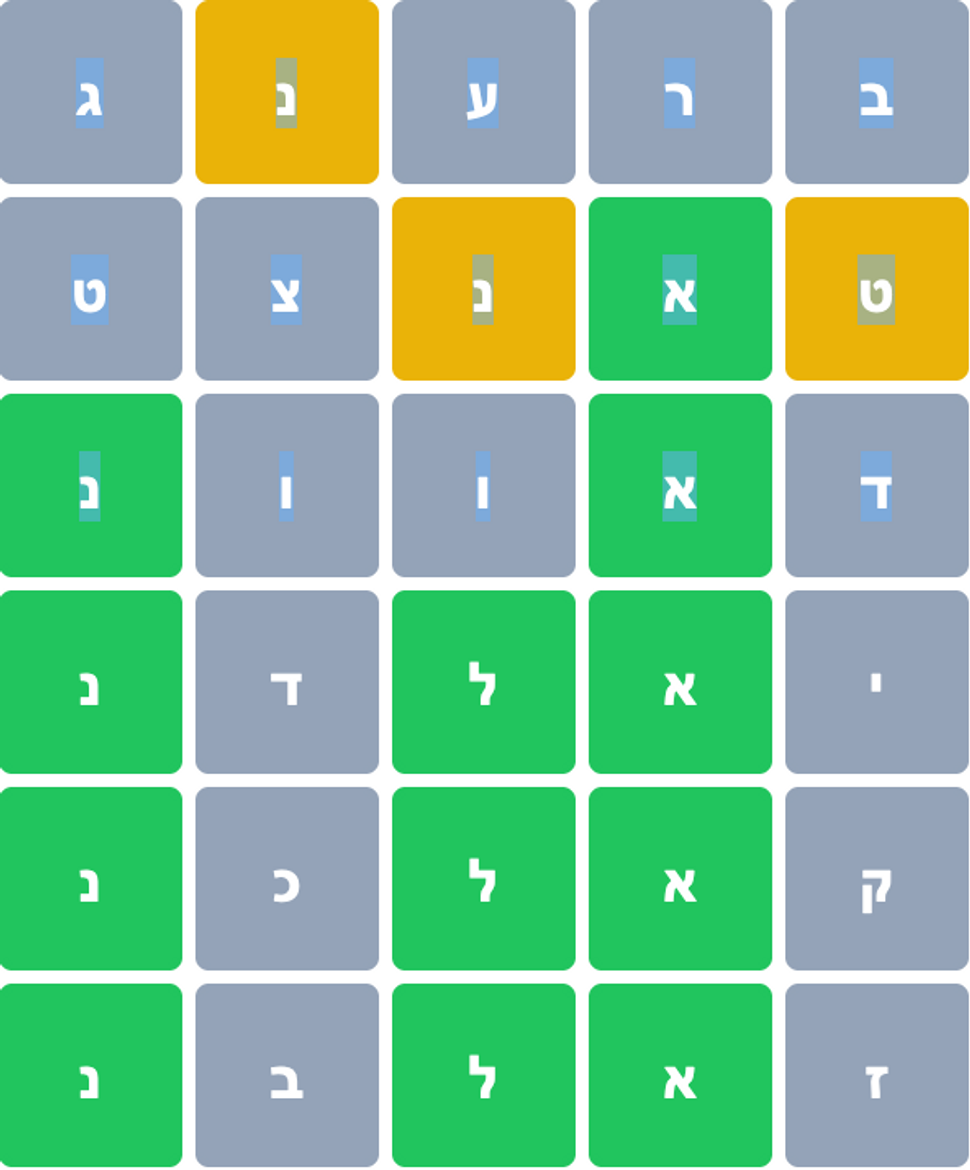 On February 10, Vertl – the Yiddish version of the hugely popular game, Wordle – came under the auspices of the Forverts, enabling the game to reach many more players.

Initially, there were two Yiddish forms of Wordle, both launched in mid-January: one created by Masha Leyfer and Gabrielle Taylor, and the other by Jamie Conway. Now the three game designers have joined forces to create a Yiddish Wordle for the Forverts, using the same name, Vertl.

Vertl’s instructions are identical to Wordle’s: Players select letters of the alphabet on the virtual keyboard and enter them into the 5 blank tiles. When they’re satisfied with their 5-letter word guess, they press the submit button. After each word guess, tiles change color to help players get the word. A grey letter means it isn’t in today’s word, while a yellow letter signals it is in the word but in the wrong position. The green letter means it’s in the word and in the right place. If the player guesses the correct word, all five letters turn green.

In order to simplify the game, the three designers chose to eliminate diacritic signs like the komets alef and double letters, like two yuds. As a result there is never more than one letter per tile.

By migrating Vertl over to the Forverts, its players can now utilize the website’s unique translation feature. Because there is a Yiddish-English dictionary embedded in the site, readers of the Yiddish articles can access the translation of almost any word in an article simply by clicking on it.

Vertl players can benefit from this translation tool too. As soon as they guess or are told the correct word, the English translation of the word pops out – a real plus for Yiddish learners who may not know the meaning of the word.

Yiddish Wordle designers create a version for the Forverts