Cook-Off Contestants Can Take the Heat 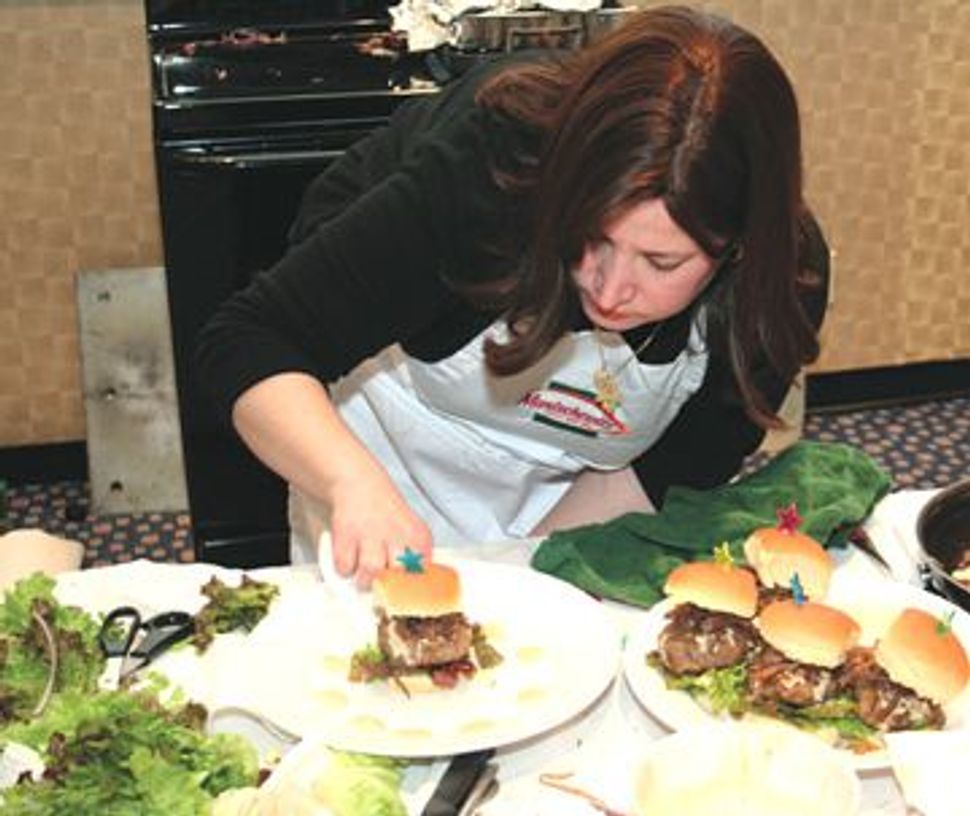 This year’s Simply Manischewitz Cook-Off included all the stress-inducing ingredients one might find on an episode of Bravo TV’s “Top Chef” — time restrictions, stiff competition and a $25,000 grand prize. But it was lacking one element: the cutthroat drama.

On February 13, six finalists, amateur cooks whose recipes were selected from among thousands of submissions, whipped up their easy-to-make dishes at the Marriot Marquis in New York. The cooks certainly brought out their best knives, but they left their fangs at home. As they mixed and sautéed, they gabbed about their children, secret ingredients and family cooking traditions, as though a holiday meal was about to begin. One borscht enthusiast bemoaned the loss of her bubbe’s engagement ring but relished the fact that the recipe she had mastered could never disappear. 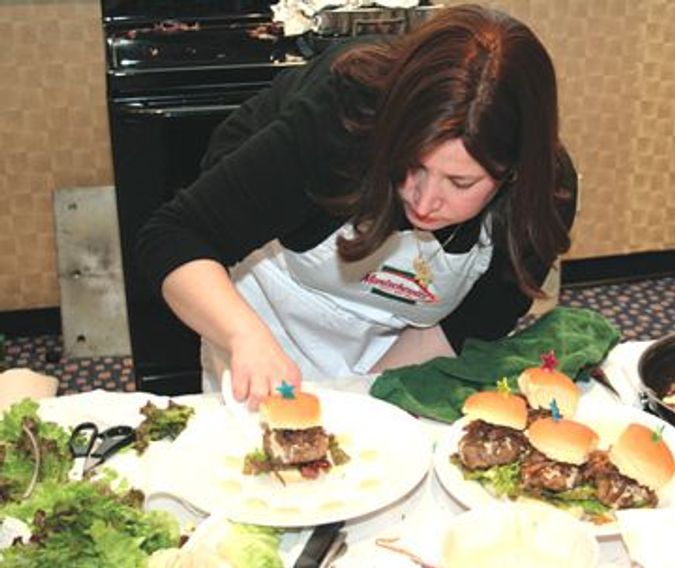 Adhering strictly to the contest’s rules, each cook prepared her (yes, all the finalists were women) recipe in the 60-minute allotted time frame, used at least one of the sponsor’s products, observed kashrut laws and followed a simple preparation process. But when Shana Schuman of Chicago failed to push her oven’s start button, she was not penalized. “To be fair, we gave her an additional 20 minutes,” said David Ross, Manischewitz’s vice president of marketing.

Saveur magazine food editor Todd Coleman, one of the cook-off judges, was struck by the contestants’ imaginativeness and cordiality. “Contests tend to be more somber. Today, there was a convivial atmosphere — vibrant personalities, a lot of families and mothers,” Coleman said.

Under the gaze of the judges and a crowd of fans, the contestants prepared their specialties: meaty manisctroni; laced lamb with figs; marvelous Mediterranean falafel sliders; Mani meatloves; sloppy Moses, and ruby red risotto with pistachio-basil pesto and garlic herb goat. While all the chefs used a range of ingredients, from noodle flakes to beef broth, in inventive ways, there was no disputing the supremacy of Amy Siegel’s falafel slider concoction. “The winner was obvious to me,” Coleman said.

According to Siegel, cooks hoping to re-create the champion dish in their kitchens shouldn’t face much difficulty. “Frying the onions is the hardest part,” she said.

Grill patties for 3-5 minutes per side, until no longer pink in center.

Sauté for 10-12 minutes, until softened and golden.

In a small bowl, stir together tehina with ¼ cup water. Add more water to make a thinner sauce, if desired. Set aside.

To assemble slider: On a plate, place bottom of roll, lettuce leaf, cooked patty, onions, 1 tablespoon tehina and top of roll. Garnish with additional chopped mint leaves. Serve remaining tehina sauce on the side for dipping.

Note: You can use regular and light varieties of ground turkey; however, the regular variety works best in this recipe.

Cook-Off Contestants Can Take the Heat