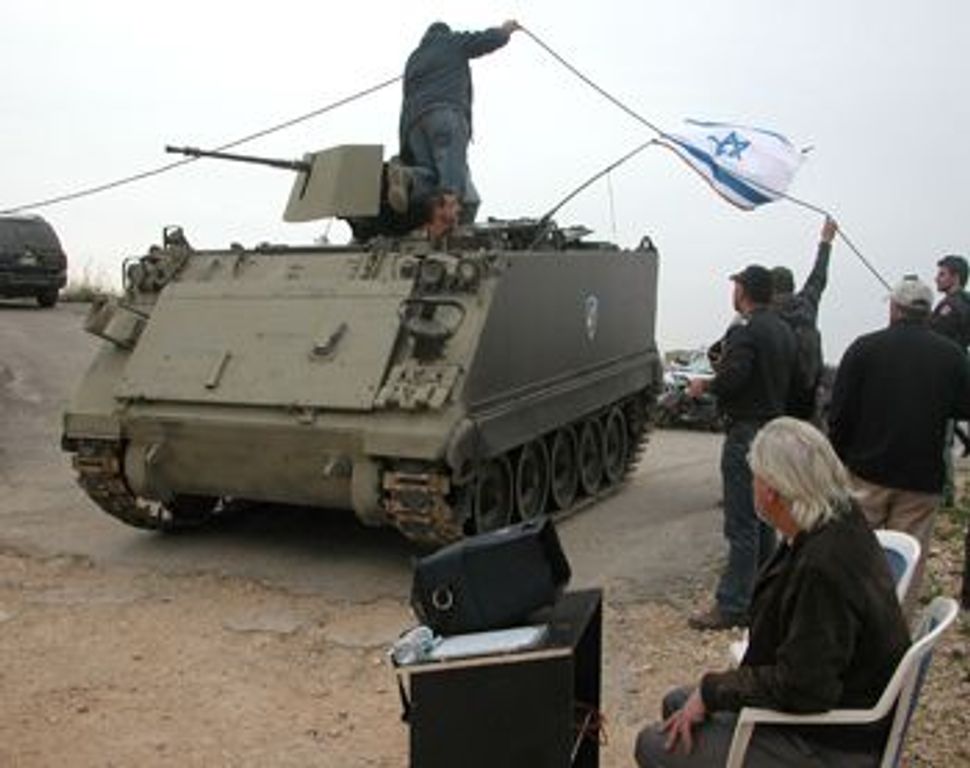 Action: Syrian director Najdat Anzour, seated, looks on as the cast and crew of ?The Living Martyr? prepare for a scene. Image by GETTY IMAGES

No, the Shi’ite group hasn’t come down with an unexpected case of Zionism. Instead, the Star of David was hoisted over Beaufort, a Crusader fortress in Lebanon’s southern region, as part of a film shoot, with Syrian actors also at the site, dressed in Israeli military uniforms. The scene, staged by Syrian director Najdat Anzour, will appear in “The Living Martyr,” a drama that recounts the first Lebanon war from the perspective of Hezbollah. The script relies on “stories and testimonies that haven’t been published about the Israeli withdrawal in the war,” Anzour said, according to the Israeli newspaper Yediot Aharonot. 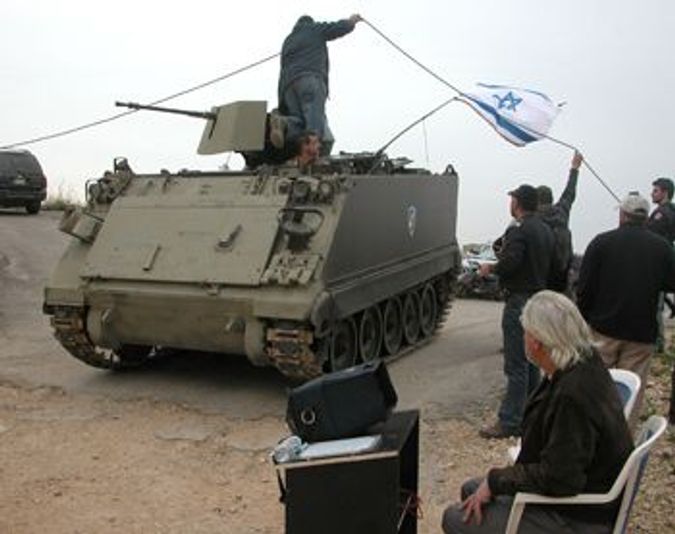 Action: Syrian director Najdat Anzour, seated, looks on as the cast and crew of ?The Living Martyr? prepare for a scene. Image by GETTY IMAGES

Whatever its perspective on the fighting, the film won’t be the first recent project partly set at the fortress. Beaufort served as the setting and title of a 2007 Israeli film, which last year became Israel’s first in a generation to earn an Oscar nomination for best foreign language film.

Anzour’s use of the fortress for filming — and the display of Israel’s flag over its walls — probably needed to be cleared with Hezbollah, which controls the area, wrote Smadar Peri, one of Yediot Aharonot’s correspondents in the Arab world.

The group’s approval of Anzour’s project may have surprised some Arab cultural observers because of a past controversy over the director’s work. His 2005 project, a TV series critical of suicide bombers, inspired death threats aimed at the director, but it also drew tens of millions of viewers across the Arab world.