Notes to Cuba: A Musical Project 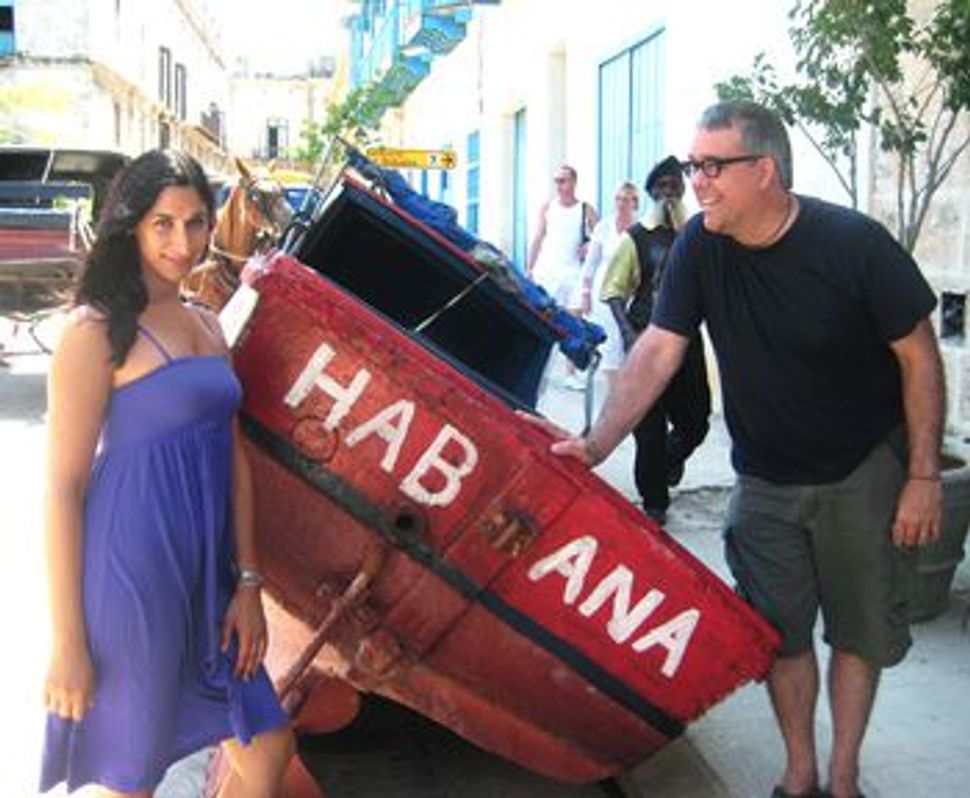 In Tune: Sarah Aroeste and Roberto Rodriguez are co-founders of the Cuban-Jewish Music Project. Image by COURTESY OF SARAH AROESTE

When Ladino-rock musician Sarah Aroeste visited Santa Clara, Cuba, on a recent humanitarian trip with B’nai B’rith International, she was surprised to find that while the 25-member strong Jewish community had a huge Holocaust memorial to commemorate those who died, it had only one CD of Jewish music to celebrate the living. She was also surprised that young Jews came up to her after the shows she performed with Cuban-American musician Roberto Rodriguez and asked, “How do we learn this music?”

One can only imagine that in a country where music is a religion unto itself, hearing Jewish music for the first time might feel like a miracle. To foster that experience, Aroeste and Rodriguez have created the Cuban-Jewish Music Project. 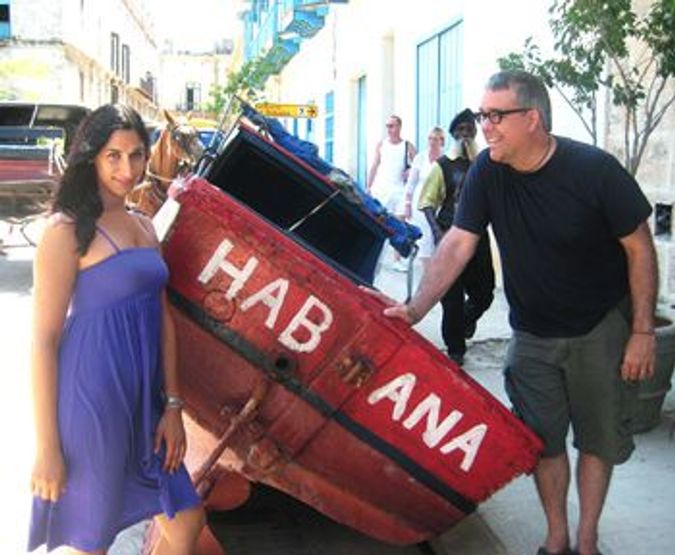 In Tune: Sarah Aroeste and Roberto Rodriguez are co-founders of the Cuban-Jewish Music Project. Image by COURTESY OF SARAH AROESTE

By 1959, 90% of Cuba’s 15,000 Jews had left the country in response to the Cuban Revolution. Today, 1,500 Jews remain, and though they receive aid — medication, clothing and Judaica — regularly from different Jewish organizations, they have no music that connects them to Judaism. The Cuban-Jewish Music Project aims to fix this by collecting Jewish CDs of any kind (classical, folk, Yiddish, klezmer, Sephardic, Israeli, punk, rock, jazz, children’s, avant-garde, hip hop), and listening devices, to establish music libraries across Cuba. The first such library will be housed in the largest synagogue in Havana — the Patronato.

Aroeste said that for a Jewish musician, the project was a no-brainer. “Most Jews in the U.S. have old CDs that they don’t listen to,” she said, “unused Discmen because of iPods, and computers to burn albums. Cubans, on the other hand, don’t have any of this.”

In addition to their efforts in co-founding the Cuban-Jewish Music Project, Aroeste and Rodriguez are working on a “Sephardic-inspired, Cuban-infused” album that has re-mastered traditional Sephardic songs as well as original Ladino tunes. Rodriguez, who is not Jewish but is a musician on the Tzadik label, understands the very Jewish theme of displacement and exile. He left Cuba as a child and moved with his family to Miami, where he was raised in a Jewish community. When asked why non-Jews should care about Jews or why non-Cubans should care about Cubans, Rodriguez said: “This is not about Cuban or Jewish, it’s about bringing worlds together. Young people are hungry to know what’s going on with their culture, outside of Cuba. I’m just trying to do my little bit to help them connect.”

Donations of CD’s and listening devices (CD players, discmen, plugs/adapters & headphones) can be sent to:

Notes to Cuba: A Musical Project