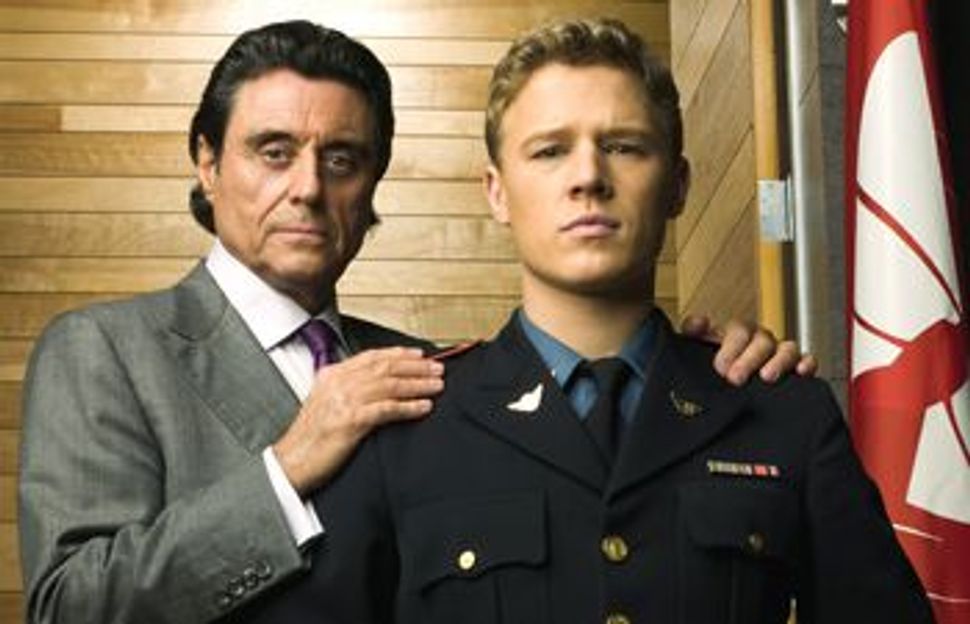 Beginning March 15, NBC will look to another well-known underdog, the Bible’s King David, to give its floundering prime-time schedule a boost. “Kings,” loosely inspired by the Old Testament hero, will debut in a two-hour premiere aimed at closing the network’s gap with Sunday night rivals, including ABC’s “Desperate Housewives” and the CBS series “The Amazing Race.” 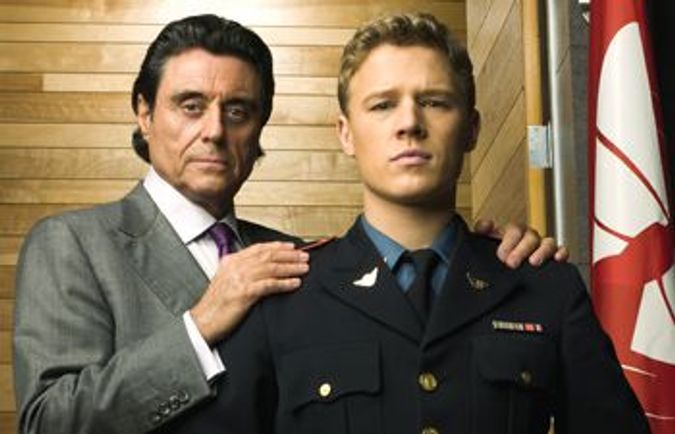 Set in the digital age, the NBC version of the biblical tale unfolds in the war-torn kingdom of Gilboa — a name familiar to Bible readers as the mountain in northern Israel where King Saul battled the Philistines. As in the original story, the young David earns distinction after his successful confrontation with the Philistine giant Goliath,who has been reinvented as a high-tech tank. After saving the son of King Silas — formerly known as Saul — the TV version of the warrior earns the affection of the king’s daughter but quickly falls out of favor with her distrustful father, who correctly identifies the warrior as a threat to his own power.

Starring Australian actor Christopher Egan as David, “Kings” also features Ian McShane as Silas and marks the latter actor’s first TV work since his Golden Globe-winning performance on HBO’s “Deadwood.” The series was created by “Heroes” creator/executive producer Michael Green, and Francis Lawrence, director of “I Am Legend,” shot the early episodes. “Kings” is the biggest TV gig yet for most of its central cast — as well as for “Home Alone” star Macaulay Culkin, who plays the king’s exiled son in a four-episode arc early in the run.