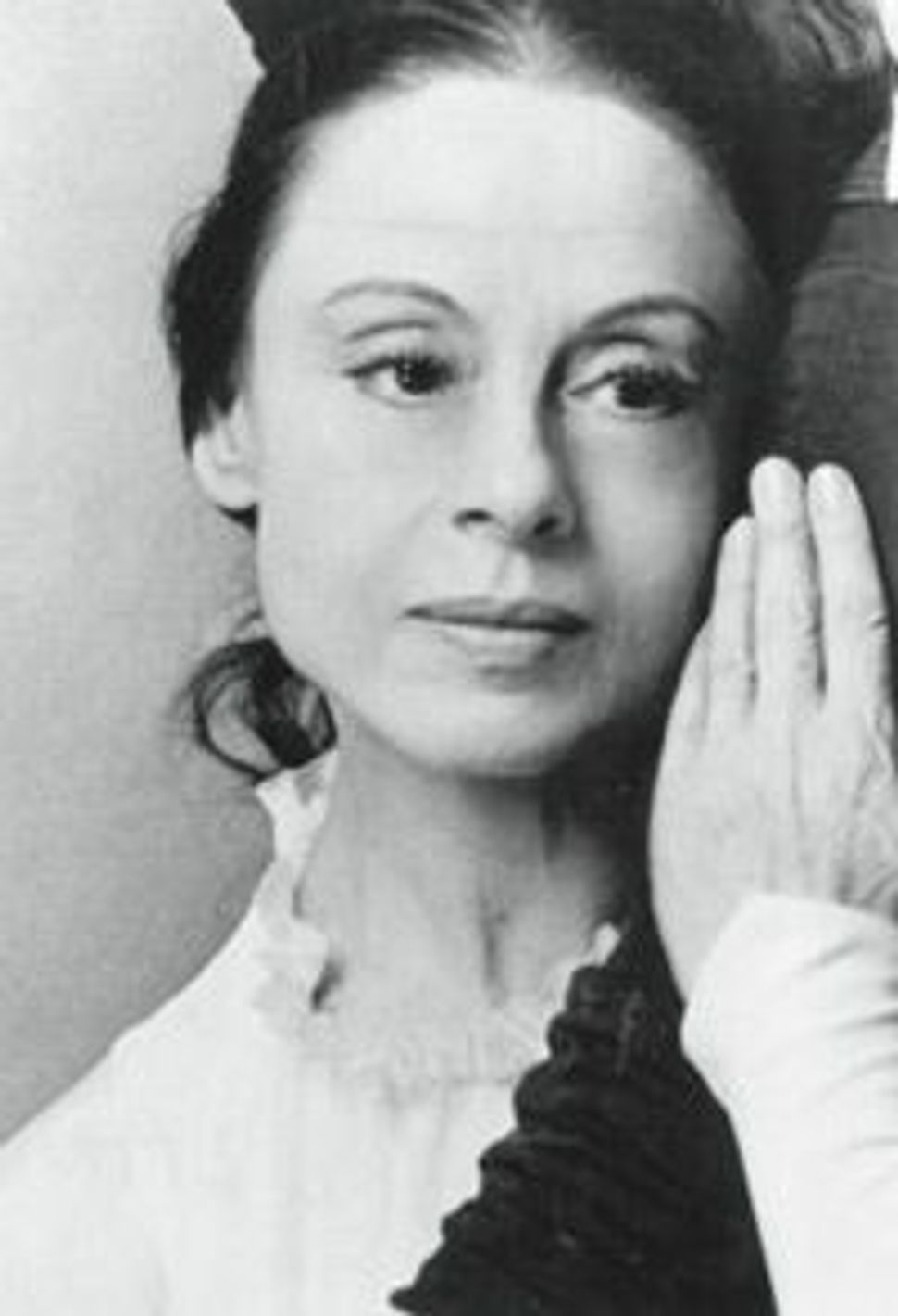 SPIEGELMAN SOUNDS OFF AT COMIC CON: ‘WHAT THE !@##! HAPPENED TO COMICS?!’

“I am told that I am the father of the graphic novel, but am still waiting for the blood test,” said Art Spiegelman,1992 Pulitzer Prize winner for “Maus: A Survivor’s Tale” and keynote speaker at the February 6-8 New York Comic Con & Graphic Novel Conference, held at the Javits Center. “As I learned to read from ‘Batman,’ I learned about sex from ‘Betty and Veronica,’ philosophy from ‘Peanuts.’ Comics offered an escape out of my immigrant parents’ home.” So great the impact of comics on popular culture, Spiegelman said, that “when Daisy Mae and L’il Abner got married, that was front page news.… Two Jewish kids from Cleveland [Jerry Siegel and Joe Shuster] started the fad of superheroes [Superman]; then World War II happened. Then ‘Mad’ comics came along, and I studied ‘Mad,’ which showed the underside of the homogenized 1950s the way some kids studied the Talmud, and horror comics [was] a secular way of dealing with the horrors of Auschwitz.” At the panel discussion, “WWII and Comics,” Jerry Robinson, 87,president of the Association of American Editorial Cartoonists (at 17, as an undergraduate at Columbia University, Robinson joined the “Batman Team” and created the “The Joker” and co-created “Robin” Batman’s sidekick), recalled: “I was called up for the draft and didn’t pass the physical twice. I got called up a third time, flunked and the doctor told me, ‘If the Germans get up to 14th Street, we will call you.’”

The panel was moderated by Arie Kaplan (“From Krakow to Krypton: Jews and Comic Books”) and featured Robinson and 90-year-oldIrwin Hasen (Hansen worked for DC imprint All-Star Comics and co-created of comic strip character Dondi). “I worked at DC Comics in 1939 to 1940,” Hasen said. “Nobody made a lot of money being a cartoonist… I was happy to leave the Depression and get into the Army. But on weekends [I] traveled from Fort Dix to the city to work at DC Comics. While wearing my Army uniform, I was drawing ‘Wonder Woman’ covers.” After being fired from DC Comics, Hasen went to Europe on a boat. When he came back, he joined a USO troupe. “I went to Germany. Yes, my friends, there was a Holocaust, we visited Dachau. As a cartoonist, I needed a job. I looked in the telephone book, and the first name in the book was ‘The Daily Worker,’ and I don’t know from this. I get down to the Daily Worker, show samples, mostly prizefighters. Lester Cohen, the sports editor, was eating a herring sandwich. So I say to Lester, ‘Do you think you can use me?’ Lester replied: ‘All right. Do you think you can draw a soccer team called Hatikvah?’ I did the drawing. The drawing appeared in the paper. A week later, I said to Lester, ‘Can I get paid?’ So Cohen tells me, ‘Go to the third floor and see Lester Chamberlain.’ So I said to Chamberlain, ‘Sir, I just had a sports cartoon printed and would like to get paid.’ Chamberlain replied, ‘Don’t you believe in the cause?’ I said, ‘Sir, I’m not whatever you think I am. I am a cartoonist.’ Chamberlain said: ‘Here’s a nickel and take the subway!’ So much for the Daily Worker!”

Walking down the aisle at the Javits Center, I passed a Bill Cole Enterprises, Inc., booth that was selling comic book art supplies. “Ah, the Forward!” exclaimed a middle-aged man wearing a sweatshirt with the imprint “West Point.” How did he know about the Forward? Cole’s surprise revelation was that he had attended a yeshiva — the Maimonides School in Boston, founded by Lithuania-born Rabbi Joseph Soloveitchik, whom he remembered personally (Soloveitchik was one of the most towering intellectual figures of American Orthodoxy in the 20th century). The school was unique in that it offered girls and boys exactly the same education. It also was particularly innovative because it offered Talmud classes to girls on the same level as boys. “My mother was born in [Bangor] Maine, but my grandparents came from Russia and spoke Yiddish,” Cole said. A retired army major, Cole is currently a West Point recruiter. With pride, he said that his son graduated from West Point. As I was about to leave, he asked if I know who Leonard Nimoy is. I replied that we are distantly related. Cole smiled: “Nimoy’s father Max, who had a barbershop, cut my hair when I was a kid.”(Nimoy’s father’s barbershop was in Mattapan, Mass., which once had a very large Jewish community.)

After revealing a haunting anecdote about a close friend, a Jewish cartoonist killed during World War II, Robinson told his fans: “My aspiration was to be a political cartoonist. I created a feature for Daredevil Comics called ‘London,’ set in Britain during the Blitz, whose central character was a broadcaster patterned after the legendary Edward R. Murrow. Years later, a professor from Brazil said it was the first [such series] created and produced at the time the history was actually happening.”

Pearl Lang, a modern dancer and soloist with Martha Graham, died February 24 at 87, following complications while recovering from hip surgery. Buried in a plain pine casket, she was remembered in a March 1 service at Parkside Memorial Chapels in the Forest Hills section of Queens. In my 1986 Forward interview, I dubbed Lang, who had been honored by the Workmen’s Circle/Arbeter Ring for her contribution to Jewish culture, a national treasure — not only as a stellar dancer and choreographer whom Martha Graham entrusted with her own roles, but also as a creator of dances inspired by biblical, Jewish, Yiddish and Holocaust themes. The more than 100 mourners included Lang’s husband, noted actor Joseph Wiseman (who recited the Kaddish); her niece, Linda Lapp, also a dancer; several generations of her students; fellow dancers, and friends and colleagues in the dance world. Representing the Yiddish world from which she sprang, and that she so loved, were Joseph Landis, former chairman of Queens College’s Yiddish and Jewish studies department, and his wife Laura; Itzik Gottesman, associate editor of the Forverts, and, representing the Kultur Kongres — the Congress for Jewish Culture — was Shane Baker, who delivered the only Yiddish tribute.

During our 1986 interview, Lang said: “I am a product of Yiddish education, which, as I look back, was a gift. When I look around me and see how other people grew up, I realize I was absolutely blessed by what I learned and the activities of my growing years in this Yiddish culture.” Lang (forever Pearl to me) was then agonizing about funding for her film, “The Dybbuk.” She was animated as she said, “This Dybbuk of mine is all dance — it has no words.… What I’ve danced is Chanon’s dream with Leah, how Leah feels when she hears that her father has betrothed her to another.” Speaking of one of her “Dybbuk” dancers, Alexander Mintz, Lang noted: “He is half Jewish, the mother was the daughter of the Leningrader rebbe, and he has family who are Lubavitcher who live in [Brooklyn’s] Crown Heights.… They came to see my ‘Dybbuk’ because he was dancing in it. I now have yikhus [prestige] and am now invited to Lubavitcher khasenes [weddings].”

“Did you know you were going to be a dancer for life?” I asked. Lang answered: “I never knew. Well, I just… s’hot zikh aleyn gemakht — it just happened.” Of her stumbling into the Martha Graham arena, she recalled: “It was a big skandal at home… I used to choreograph for the shuln, the Workmen’s Circle schools. I worked in the Arbeter-Ring camps in Chicago.… Then I danced with the Martha Graham Company and worked with Agnes de Mille.” When the Julliard School of Music introduced a dance department and was auditioning for dance ideas, Lang created a dance for two women, titled “Yael and Dvoyre,” based on the song of Deborah. She said, “Someone from Israel Bonds saw it at a concert at Julliard and they were doing a big Hanukkah Festival in Madison Square Garden with the New York Philharmonic, and wanted it. So there was a refugee from Czechoslovakia, and they commissioned him to write the music.… Then, in 1967, the Batsheva Company in Israel asked me to come to Israel and choreograph two works.”

Asked if she has a problem “repeating herself,” Lang laughed. “Look at Picasso,” she said, “he’s got 49 bulls!” Speaking of her other projects, she mentioned: “After the ‘Dybbuk,’ there was a commission from Omus Hirshbein at the 92nd Street Y to do a Yom Hashoah program; I did Bach, I did an abstract piece.” Lang mentioned that she had a group of students from China: “These exchange students are paid by the Chinese Government… so their attendance is poorer than other kids who come from Sweden or London or Canada or Italy who have to pay for their own classes… I was shocked! When I go to choreograph to the Netherlands National Ballet, they are on a yearly contract and everybody is sick all the time. They can’t fire them! There is an idealism that has gone out of the young people.… Coming from a shule… we had idealism. You worked for something, and it was a work ethic. If you didn’t work, you were a good-for-nothing, a leydik-geyer[empty goer].”

And then there were her declamations and performances of Yiddish poetry: “Oyfn Veg Shteyt a Boym” (“On the Way Stands a Tree”) by Itzik Manger; “Drey Neytorns” (“Three Seamstresses”) by I.L. Peretz, music by Zalmen Mlotek; “Tehillim” (“Prayers”), music by Steve Reich.