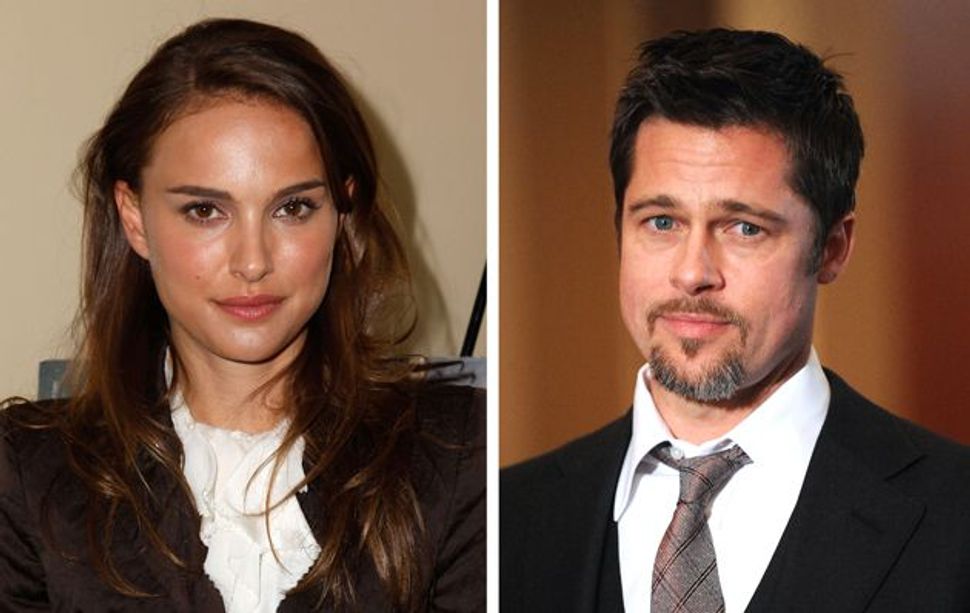 Star Power: Natalie Portman and Brad Pitt will star in a film about the four-year romantic relationship between a fictious New York couple. Image by GETTY IMAGES

Natalie Portman and Brad Pitt are set to co-star in an upcoming film adaptation of Leanne Sharpton’s book “Important Artifacts and Personal Property From the Collection of Lenore Doolan and Harold Morris, Including Books, Street Fashion, and Jewelry.”

In somewhat of a religious role reversal, Israeli-American Portman will play the part of Lenore Doolan, a New York Times food columnist who is Catholic and in her late 20s, while Pitt will play a member of the tribe. His character, Harold Morris, is a Jewish photographer in his mid 40s. Pitt is also slated to play a Jewish Nazi killer in Quentin Tarantino’s upcoming film, “Inglorious Bastards.”

The book, recently published by Farrar, Straus and Giroux, is a Sotheby’s-style estate-auction catalog that displays the everyday artifacts — including notes, pajamas, mixed tapes, bedside lamps and books — from the hopeful rise and ultimate fall of the four-year romantic relationship of the fictitious New York couple.

The film rights were purchased by Paramount in March, according to Variety, but as of yet, the filming date has not been set.