Play Your Cards Right… With Some Wrongs 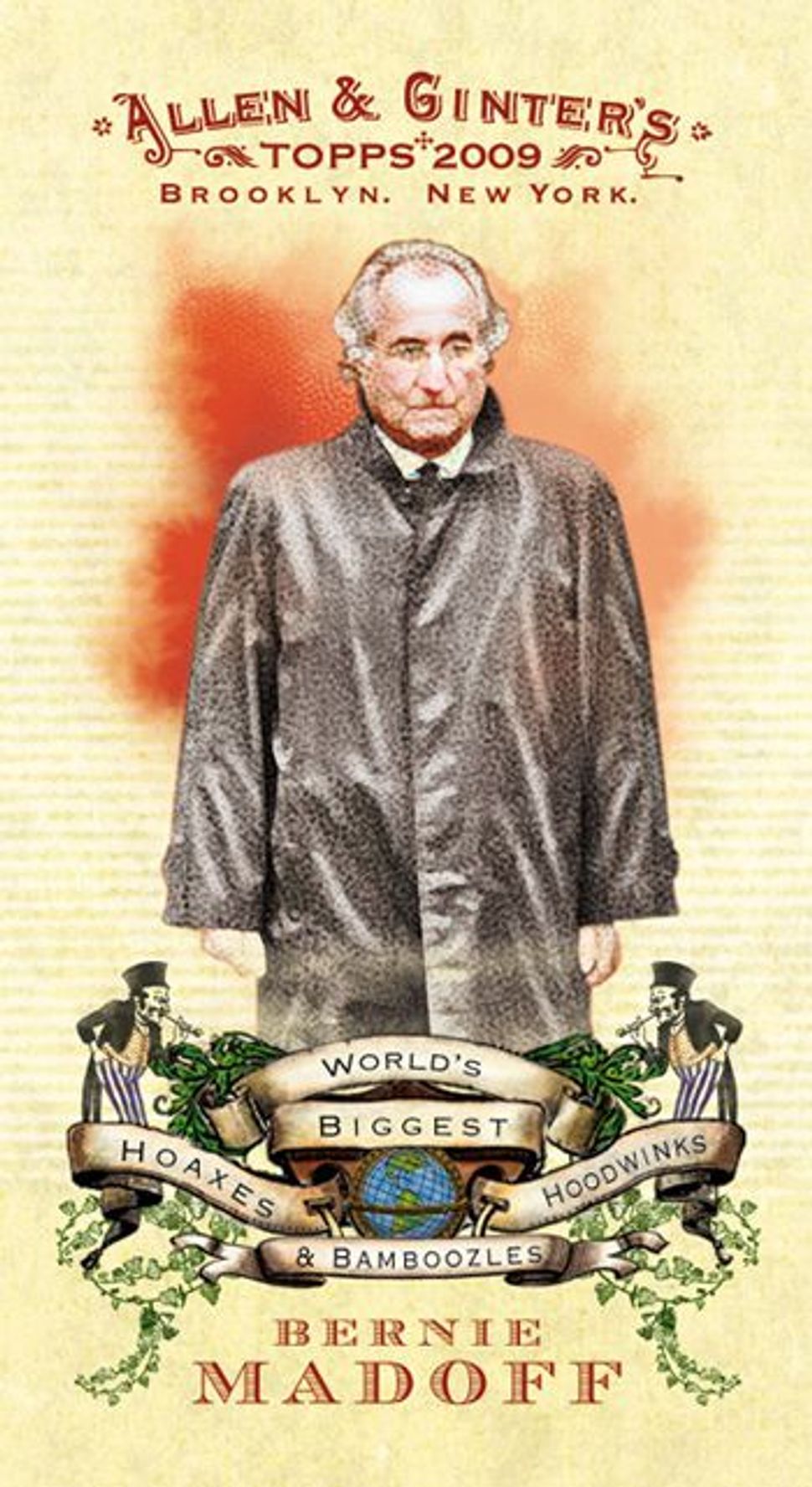 Image by COURTESY OF TOPPS

After working up a sweat from beating down ModelWorks’ Smash-Me Bernie doll, relax with the “world’s biggest hoaxes, hoodwinks and bamboozles” trading cards, included in a 2009 set from Topps. 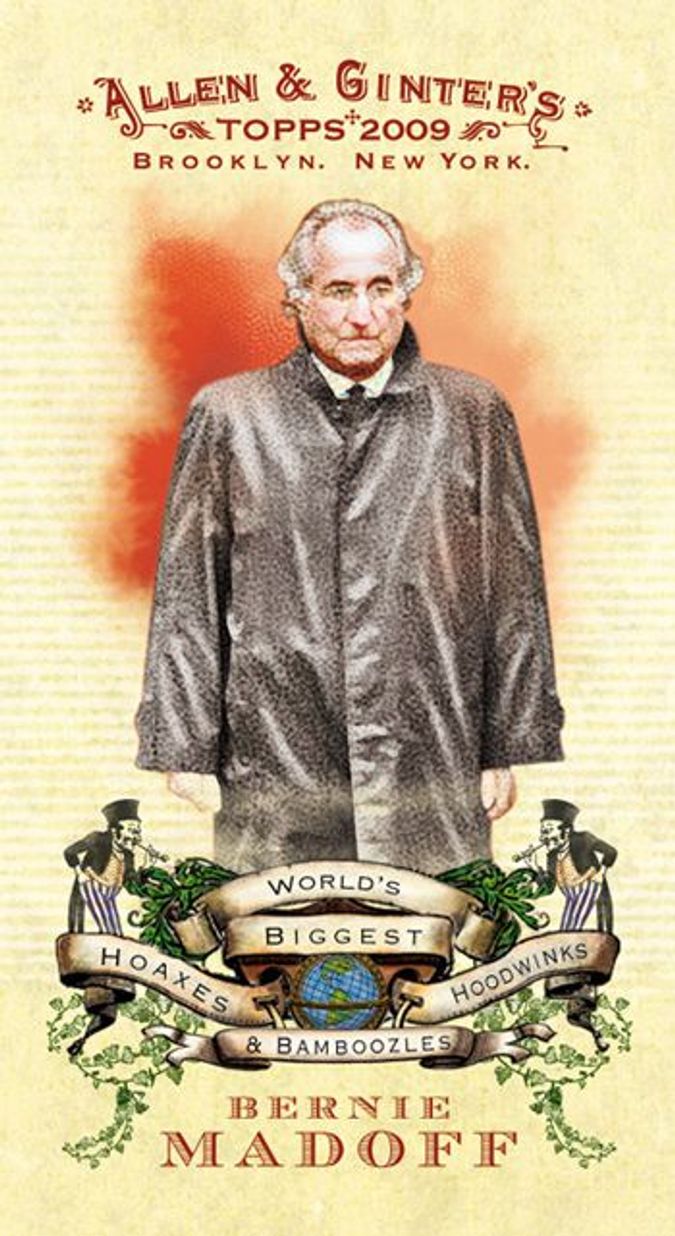 Image by COURTESY OF TOPPS

The 20 featured perpetrators represent the world’s most notorious swindlers and pranksters, spanning the past 200 years. In addition to disgraced investor Bernard Madoff, collectors will find the notorious Charles Ponzi, as well as D.B. Cooper, who, in 1971 hijacked a Boeing 757, received ransom and then parachuted from the plane. One in every 12 sets will also include Jennifer Carol Wilbanks, “The Runaway Bride,” who staged a kidnapping to avoid going through with her 2005 wedding.

“Bernie Madoff is a villainous criminal. Nobody belongs in a set demonizing a group of swindlers more than he does,” Topps spokesman Clay Luraschi said in a press release.

The product hits stores in June.

Play Your Cards Right… With Some Wrongs