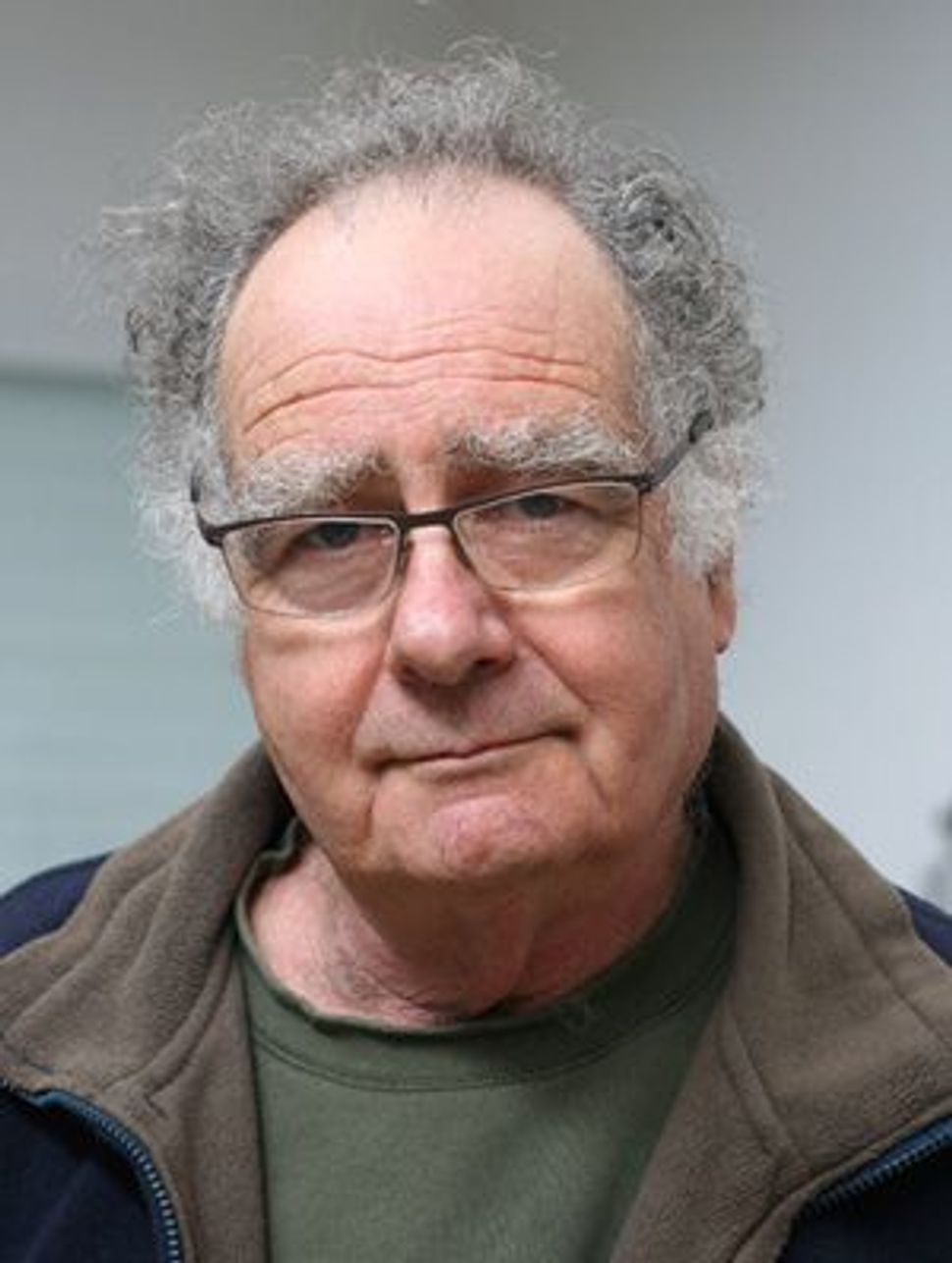 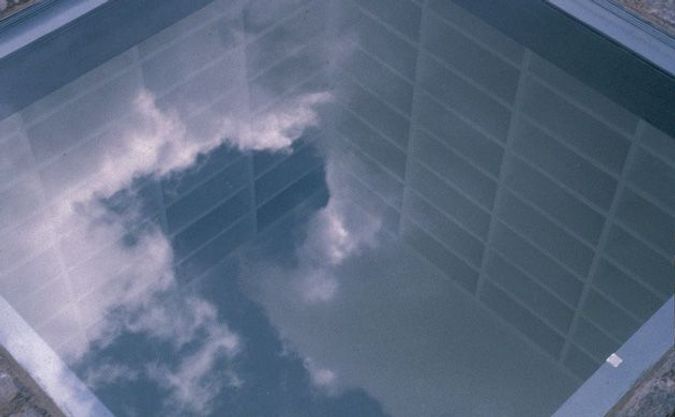 Empty Shelves: Clouds are reflected in the glass top of Micha Ullman?s 1995 pit sculpture, ?The Library.? The Holocaust memorial was built in Berlin on the site of a notorius 1933 Nazi book burning. Image by MICHA ULLMAN

Israeli sculptor Micha Ullman likes to refer to his art as “offerings” — works that people can choose to accept or not. He doesn’t believe in forcing anything on anyone, and especially not art.

“It’s an attitude to life,” he said in an interview in his Ramat Hasharon studio, which is neatly packed with models of his sculptures, some dating back decades.

The 69-year-old artist will receive the prestigious Israel Prize which will be awarded on Israel Independence Day, April 29, and signals, more than any other prize, his place in the pantheon of great Israeli artists. 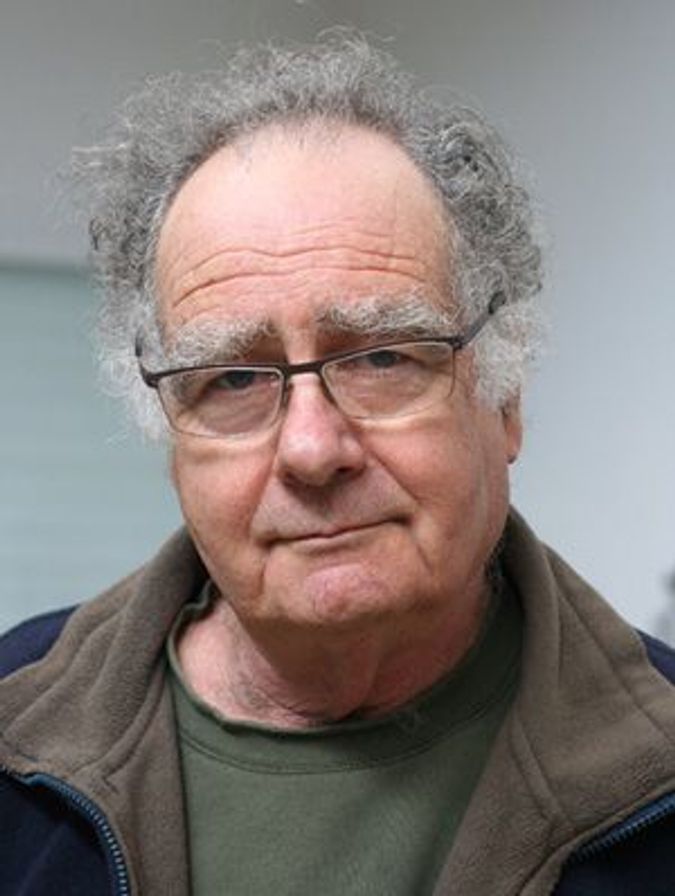 “The Israel Prize is a beautiful recognition of my place by the professionals, which I’m very happy to get,” Ullman said. “Now, I’m looking for the people.”

The sculptor says he has yet to become popular with the masses. “I don’t make it easy, I know, but that’s the way I think and behave,” he said. “I will not start shouting.”

Martin Weyl, director emeritus of the Israel Museum in Jerusalem, said Ullman’s selection “was not a difficult choice to make, because Ullman is one of the best Israeli artists, known for many, many years, [who has] been participating in every possible important exhibit of Israeli art and many international exhibitions.”

Ullman’s quiet and thoughtful manner is echoed in his subterranean sculptures, which often barely protrude from the ground, making them easy to miss if one isn’t actively looking. But their physical depth — extending deep into the soil — hint at the layers of meaning that he brings to his work.

For more than 40 years, Ullman has been exploring the surface of the ground and, in many cases, what lies beneath it in works that are at once particular to Israel and universal in their scope. They touch on the meaning of place and home, absence and emptiness; they are at once celestial and earthbound, metaphysical but sensual and tactile. He manages all this with a subtle and quiet voice that is at times at odds with the culture of his homeland.

“I am not a star, or popular among the people,” said Ullman, who has gray eyes that focus intently from behind semi-frameless glasses. But among professionals it’s a different story. Ullman has been appreciated since early in his career both in Israel and abroad, particularly in Germany. His sculptures are part of numerous museum collections, including those in Israel, Germany, Japan and Australia.

“Many artists in Israel see Micha as a pillar of Israeli art who has had so much influence on generations of Israeli artists,” said Amitai Mendelsohn, curator of Israeli art at the Israel Museum. “There has always been some resistance in the past to dealing with Jewish issues, but Micha’s work succeeds in bridging these contrasts between Jewish, Israeli and the universal, and that’s one of the things that makes him a great artist.”

Ullman’s first major piece “Messer/Metzer,” from 1972, was a symbolic exchange of soil between an Arab village and a Jewish kibbutz that are separated by 2 kilometers and a border. In an attempt to unite in some way the warring places, Ullman dug a pit in each place and filled it with soil from the other. On the surface, almost nothing was visible.

“By a simple act, I tried to touch meaningful energies in a site — not just forms, also in this case sociological/political tensions,” Ullman said.

The pit came to be his main form, which he uses to different effects in almost all his sculptures.

“I am a frustrated farmer,” said Ullman, who lives and works not far from where he grew up, in an area rich in agriculture. Ullman, whose parents came to Palestine in 1933 from Germany, grew up at a time when the Israeli ethos revolved around working the land. For Jews and Israelis alike, digging has many associations: searching for one’s roots, for sources, for meaning and for death.

“He’s an interesting combination of artist and archeologist,” Mendelsohn said. “The way he thinks, he is trying to symbolically unearth, or dig inside the very fragile Israeli soil.”

Though Ullman eventually chose art over farming, his early inclinations to work the soil have been a constant driving force in his work. “From that time, I stayed with the same basic approach — a process of endless discovery of new aspects using the same materials: soil and sand,” he said. “Pit sculptures are a form that ties its fate to a place. By digging, I am naturally relating to the place.”

Ullman is also speaking from his own place, a country where land is a central part of the national narrative. “Land is such an important part of our existence here, for good and bad, but his dealings with this are not obvious,” Mendelsohn said. “They are more meditative works that give a lot of space for the imagination and are very much open to different interpretations. That’s one of the things that make him a great artist, that his works are so broad in their messages.”

Beginning in 1987, Ullman began making trips to Germany, where he would end up creating many sculptures.

Ullman’s best-known work, “Library,” is a powerful Holocaust memorial he created in 1995 in Bebelplatz, on one of Berlin’s main thoroughfares. It is at the spot where, on May 10, 1933, Nazis burned 20,000 books by authors considered enemies of the Third Reich.

The only thing visible from the square is a glass window in the ground. Below is an empty white library of four walls built deep into the soil. Printed four times across the square is the fortuitous line by the 19th-century Jewish poet Heinrich Heine: “Where books are burned, in the end people will burn.”

The glass, which during the day reflects the sky and the spectator looking down, is like a mirror, Ullman said: “You can see what you want to see.”

“I am using a language of hints,” Ullman said. “It’s not there, and it is there. You don’t have to look, only if you want to, and here that’s especially important, because the measure of evil is the highest in human history.”

The memorial is considered to be one of the most successful of its kind. Ullman himself is surprised by his sculpture’s ability to “fulfill its task.” For a memorial to be successful, he says, the art must be independently good. “It must stand on its own, not only serve a purpose,” Ullman said. “I believe that a good question mark has the potential for moving people.”

These days, Ullman is working on a new project, for the sculpture garden of the Israel Museum. It combines the natural cycle, light and dark, and Jewish tradition, which hovers in the background as an indirect influence.

The Hebrew title is “Yom Hashivion,” which means “Day of the Equinox.” But in Hebrew, the word for equinox, “shivion,” also means “equality,” giving the title an added layer of meaning.

This structure is a bench made of thick glass. When you look inside, you realize you are sitting on top of an underground white room with a seemingly endless corridor to the south, which looks black. The sun creates a light exhibition on the different walls, depending on the time of day and the season. But twice a year, at noon during the day of the spring and fall equinoxs, when the length of the day equals the length of the night, light entering the space will create the appearance of a light door on the north wall, which will be equal in size to the dark entrance opposite it.

“It’s about equality, which in this case is based on light and nature, but you can’t see the light without seeing your own shadow,” Ullman said. “I’m dealing with the most remote and abstract and then the closest and most real — always these contrasts.”

He continued the thought: “Again we see here the tension between two contrasts which symbolically go quite far — light and dark. In Jerusalem there is a question mark: What do we choose?”

And here, as in almost all his works, Ullman’s sculpture is a kind of offering. But in the end, it is up to the people whether and what they choose to see.

Michal Lando is a freelance journalist working out of Tel Aviv.