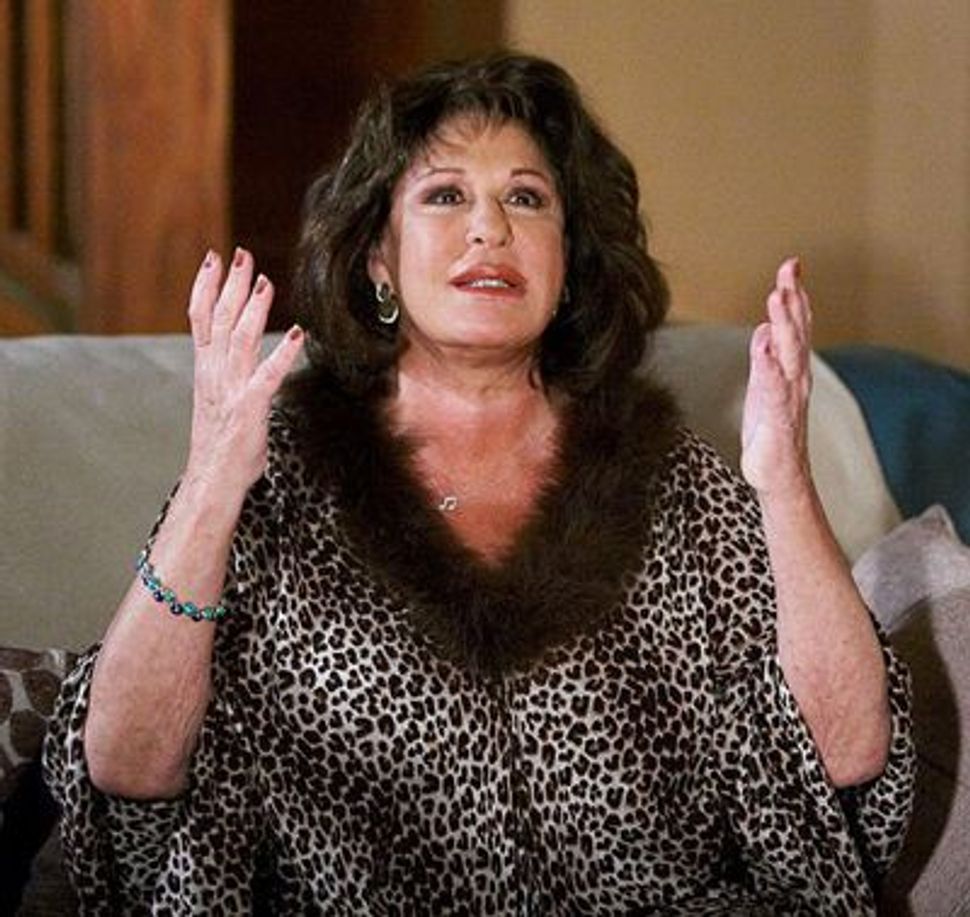 Image by OY VEY MY SON IS GAY PRODUCTIONS

Evegny Afineevsky’s forthcoming film, “Oy Vey! My Son Is Gay!” may tell the story of a mother and father’s struggle to accept that their son will never marry a nice Jewish girl, but the Israeli-born director insists that the movie is neither gay nor Jewish. “It’s about the clash of generations, and parents trying to understand their children,” Afineevsky told The Shmooze. “Sure, the parents are living and doing modern things, but at same time, they are a couple of generations back.” 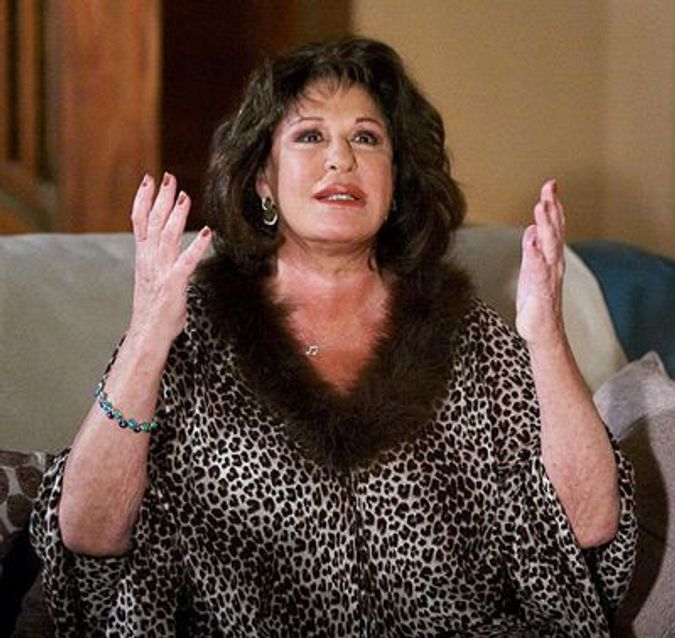 Image by OY VEY MY SON IS GAY PRODUCTIONS

Still, there is no denying that Jewish flavor abounds in this romantic comedy, slated for a national release in October.

Lainie Kazan plays Shirley Hirsch, a stereotypical over-feeding Jewish mom who relentlessly pushes potential brides on her son, Nelson (John Lloyd Young), every Friday night over brisket and challah in the family’s Long Island home. That is, until Shirley finds out that Nelson is seeing someone. To the Hirschs’ dismay, that special someone is Italian-American Angelo Ferraro (Jai Rodriguez — yep, the pop culture expert from Bravo’s “Queer Eye for the Straight Guy”) — and not the *baleboste *they had in mind. The movie goes on to document the Hirschs’ journey as they try to come to terms with their son’s sexual orientation. They see a psychiatrist to determine who “turned him gay,” coerce Nelson’s neighbor Sybil (Carmen Electra) into trying to seduce him out of his homosexuality and argue with Mr. and Mrs. Ferraro (Vincent Pastore and Shelly Burch) over which of the two sons is more feminine (male cheerleader vs. “light on his feet” boxer).

Despite the strong Jewish themes, Afineevsky believes that all people can relate to the identity issues the characters confront. “It’s a love story. Love is love, no matter what,” Afineevsky said. “Any parent can have a gay son, or a son who falls in love with someone from another nation.”

So why did the first-time film director decide to ground his characters in Judaism? “Because the Jewish piece gives you more of an opportunity to make more fun.”