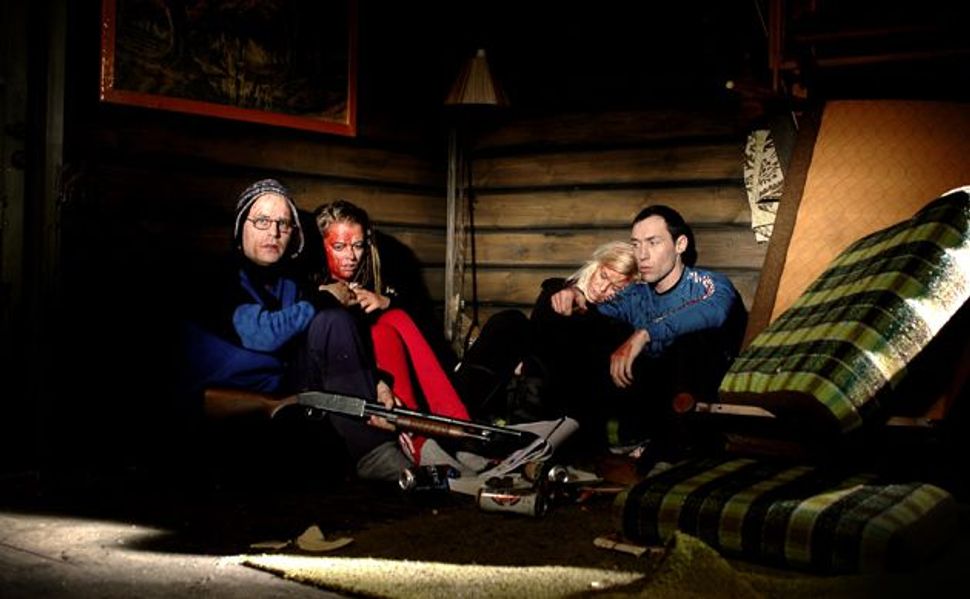 Spoof: College students are stalked by Nazi zombies in a new movie from Norway. Image by LIV ASK/EUFORIA FILM

If we’ve learned anything about scary movies, it’s that the living dead are not to be taken lightly. What could be worse than a crowd of zombies — foaming at the mouth and oozing with blood — chasing after you in the dark night? Norwegian director Tommy Wirkola has found the answer in his new horror spoof, “Dead Snow.” The film is about a group of friends who are hunted not by your traditional brain-crazed zombies, but rather by Nazi zombies, while stranded in the snow-covered mountains of Northern Norway.

“It was an idea of, how can we make zombies even more evil? Nazi zombies, of course,” Wirkola told The Shmooze. “There has never been in film history, as we can remember, a zombie film in the snow. Something with the blood in the snow and the Nazi uniforms… it gives [the movie] good images.”

The story begins with a group of college students who take an Easter holiday trip to the mountains. They soon learn from a creepy yet knowledgeable elder that the land was once traversed by members of the Third Reich, who stole gold and silver from the local population. As legend has it, the locals did not take too kindly to this. Armed with axes, knives and spades, the townspeople chased and trapped the platoon in the mountains, where the German soldiers froze to death. When the students stumble upon the long-lost stolen gold, the Nazi zombies, who will kill anyone who stands between them and their fortune, climb out of their icy graves to terrorize the helpless young travelers.

“Normal zombies are into just flesh and blood and brains. But these zombies are just killing machines,” Wirkola said.

The film, which opens June 19 in New York City and June 26 in Los Angeles, takes the classic zombie genre to a whole new level.