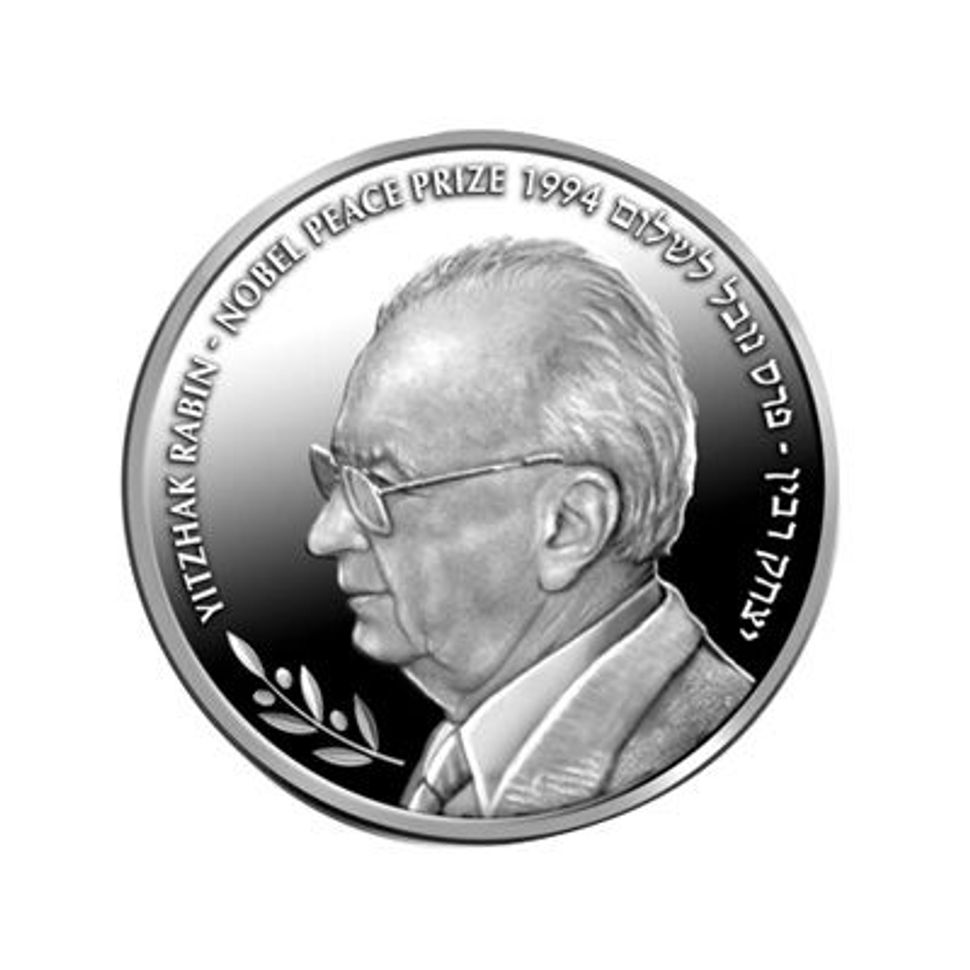 Nearly 14 years after Yitzhak Rabin’s death, his name remains as good as gold — and silver. 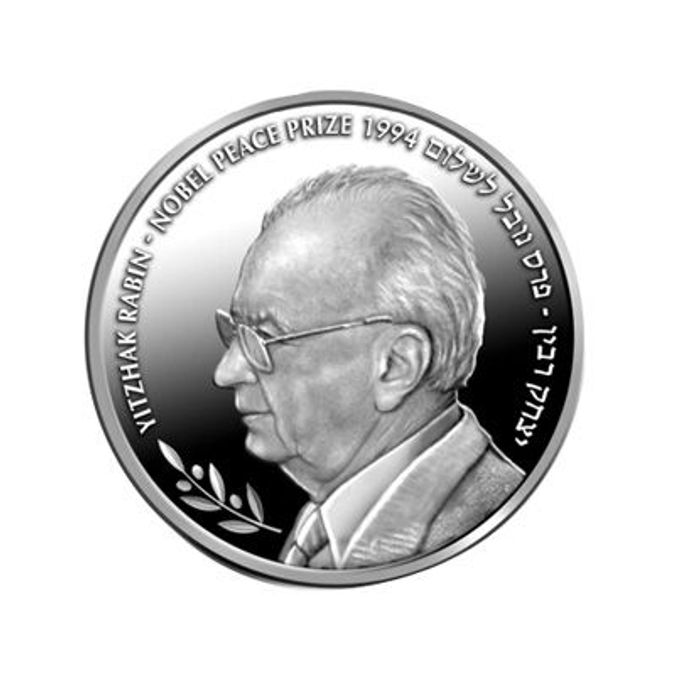 On August 10, the Bank of Israel announced that it had received authorization to memorialize the former prime minister through a series of new coins that will bear Rabin’s likeness. Set to enter circulation in 2011, the special-issue currency will be released in one-, two- and 10-shekel denominations, with some coins to be minted in silver and others in gold.

The coins will pay tribute to the Nobel Peace Prize awarded to Rabin in 1994, listing the honor in Hebrew and English and depicting the Labor Party leader next to an extended olive branch. The reverse side of the coins also will feature the olive branch, this time beneath Israel’s state seal and accompanied by Hebrew, Arabic and English script noting the coins’ value.

Approved by a public advisory committee, along with the Bank of Israel and the Justice Ministry, the Rabin coins will be the third set to salute a Nobel laureate from Israel, and the first to feature the two-time prime minister, who was assassinated following a peace rally in Tel Aviv in 1995.

Earlier Nobel recipients featured on Israeli coins include Prime Minister Menachem Begin, who shared the peace prize in 1978, and S.Y. Agnon, awarded the literature prize in 1966.

Also authorized August 10 were new coins honoring the city of Jerusalem. The 20-shekel collectors’ items, to be minted in pure gold and released next year, depict a roaring lion on one side and an image of Jerusalem’s Tower of David on the other.