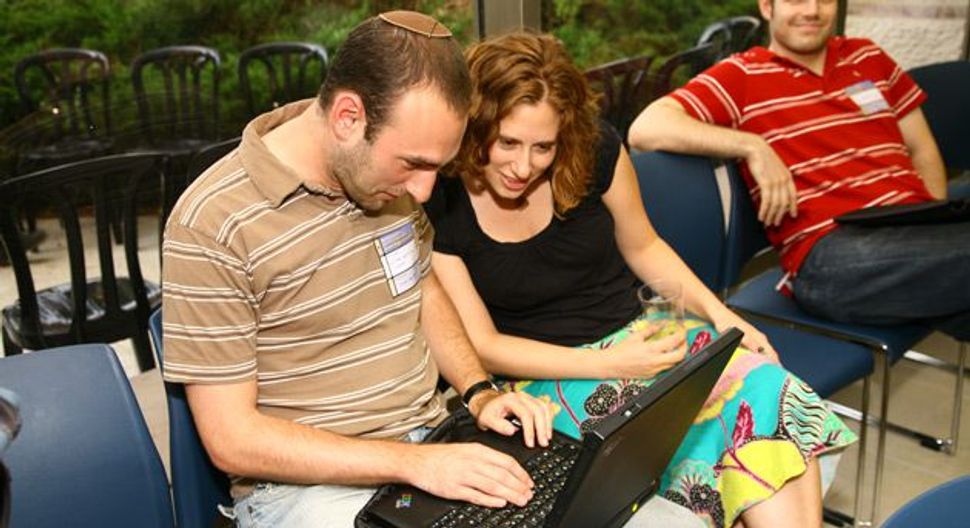 What event could possibly draw secular and religious Jews, obsessive hummus devotees and Jewish mother in-law experts? An opportunity to learn how to expertly opine on Jewish topics online. The Nefesh B’Nefesh Second International Jewish Bloggers Convention was slated for September 13. The event, which will focus on “Uniting the Jewish Community Through Social Media,” will bring together some 300 opinionated j-bloggers in Jerusalem and nearly 1,000 in cyberspace, who will join in via Internet telecast. They will network, listen to speakers and, of course, argue about whose opinion is right.

The bloggers will take part in workshops on such topics as blending social media platforms and monetizing blogs. Presenters will cover a wide range of topics. For example, Ron Dermer, senior adviser to Prime Minister Benjamin Netanyahu, will discuss defending Israel online, while comedian Benji Lovitt, who runs the blog What War Zone???: Because the Middle East Is Funny, will perform standup about blogging.

Jewish blogs from around the globe and every stripe of the J-blogosphere will be represented, including the cultural blogs Jewlicious and Jewcy, alongside a number of religious blogs. Janglo and Tanglo, which operate as citywide posting blogs for Jerusalem and Tel Aviv, similar to Craigslist, will also be present. Rounding out the group are blogs like Hummus 101, which is dedicated to the wonders of Israel’s national food; The Big Felafel, which provides essential tips for living in Israel, and Mommy’s Going Meshugganah, which discusses Jewish in-laws, among other things.

Israel is also slated to host the 140 Character Conference (known as #140conf in Twitter-speak) in early October. The conference, which was first held in New York this summer, brings Tweeters together to discuss the impact of micro-blogging and real-time Internet on business.