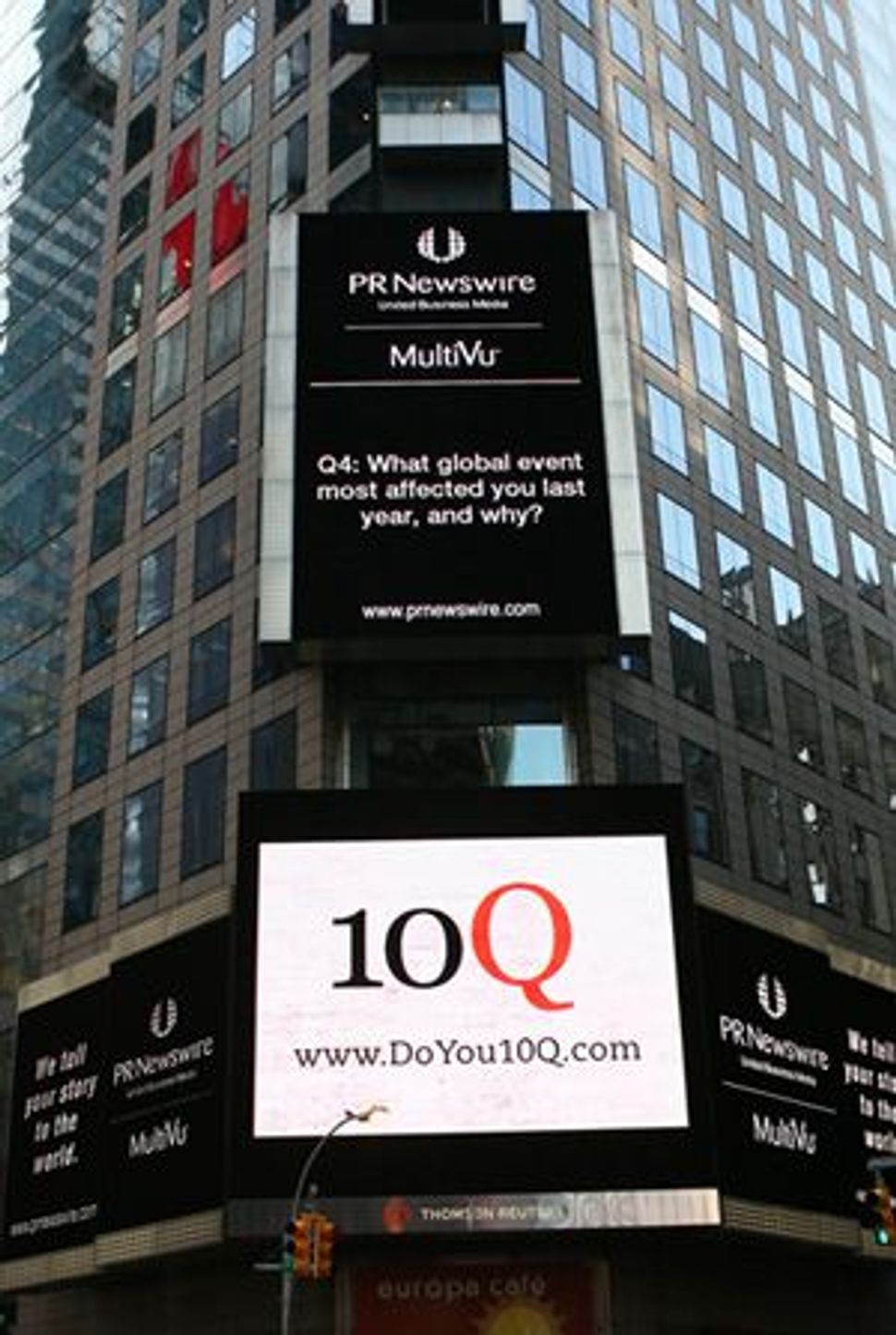 Do You?: The 10Q Project in New York?s Times Square poses questions to ponder. Image by PR NEWSWIRE

‘Ten Days. Ten Questions,” is the philosophy behind a creative campaign called doyou10q.com that is posing introspective questions to Jews and non-Jews alike in a most unusual spot. 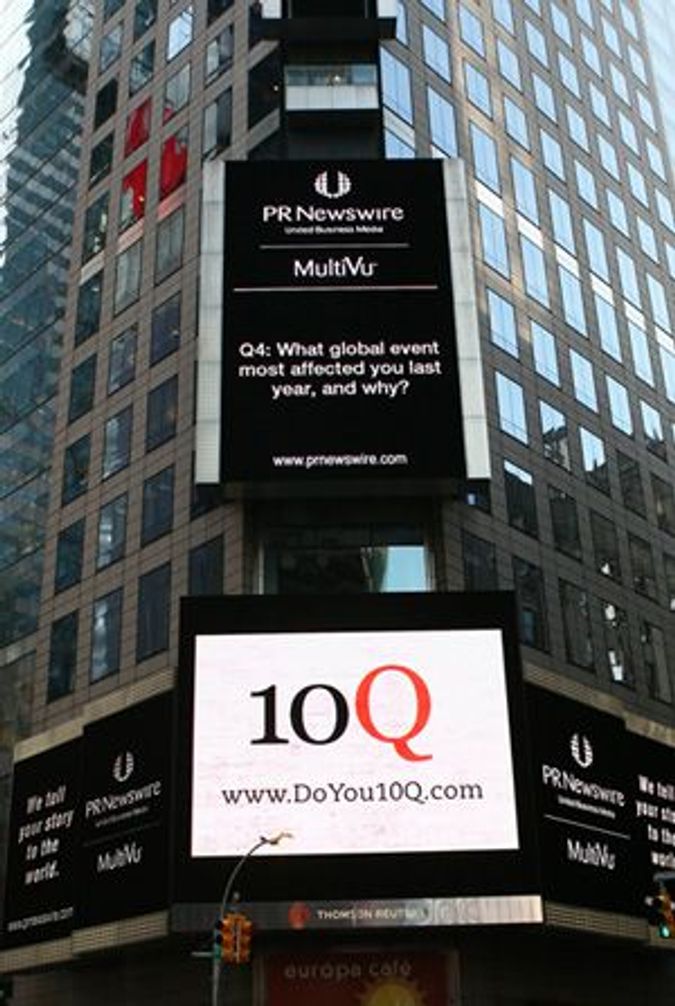 Do You?: The 10Q Project in New York?s Times Square poses questions to ponder. Image by PR NEWSWIRE

Each day, viewers are being asked a different question, such as, “Describe a significant experience that has happened in the past year. How did it affect you?” (Day 1) “Have you had any particularly religious or spiritual experiences this past year?” (Day 5) and, “Is there something that you wish you had done differently this past year? And how can you learn from it to improve how things turn out in the future?” (Day 2).

The campaign gives participants the opportunity to respond to the questions online, which can be shared anonymously on the Web site or kept private. Additionally, participants will receive an e-mail next year at this time to remind them of their answers from the previous year.

The project was launched online in 2008 by British screenwriter and playwright Nicola Behrman and novelist Ben Greenman, who devised the plan at the conference of the Jewish group REBOOT. With the help of one of the most prized advertising spots in the world, the site received 10,000 hits from around the globe and from people of many faiths when it first appeared, the weekend of Rosh Hashanah.

As co-creator Greenman said, “Why should the people observing those holidays have all the fun?”