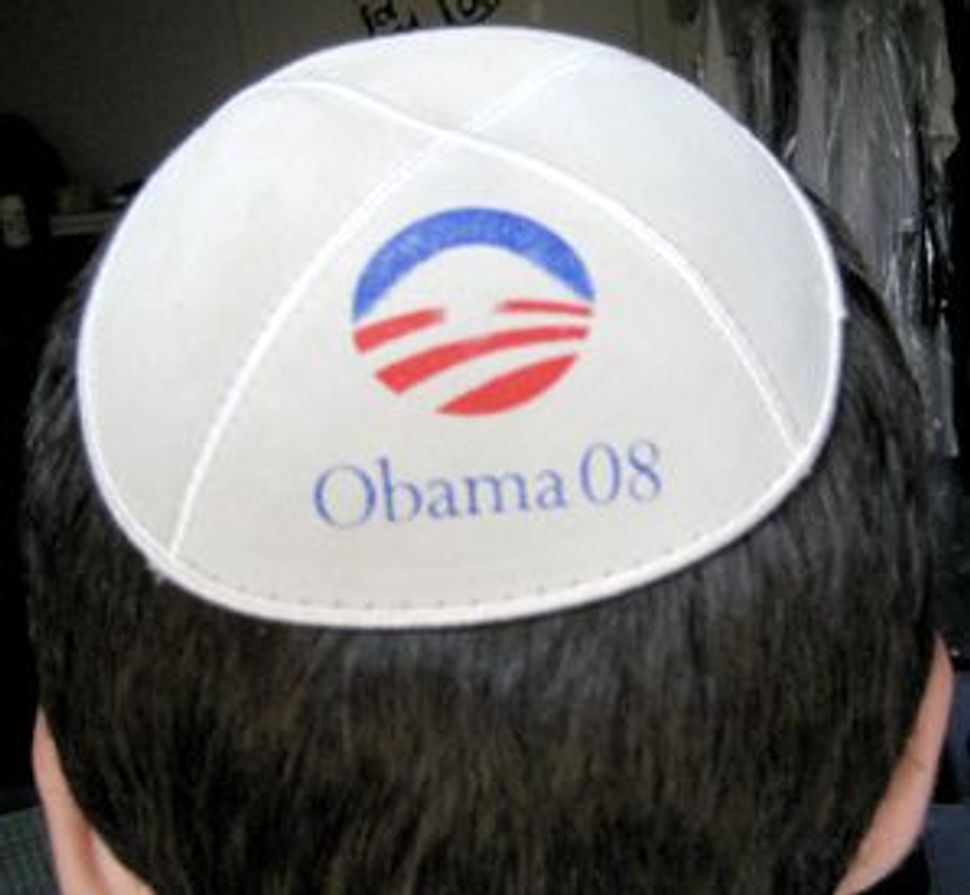 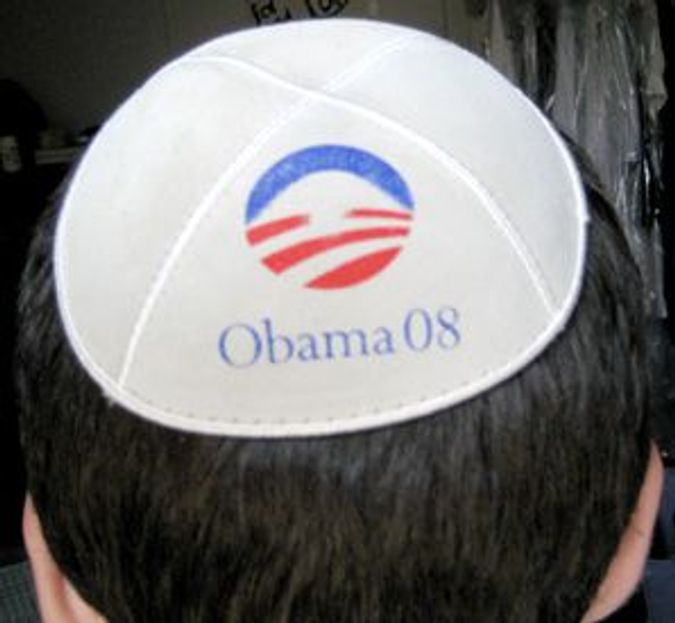 Jews for Obama, a volunteer group affiliated with the Illinois Democrat’s Faith-Action-Change NYC group, has created “Obama 08” yarmulkes, just in time for High Holy Day wearing. With a background of ivory suede, the yarmulkes feature the campaign’s logo above the words “Obama 08.”

The yarmulkes, however, are not a campaign fundraiser or a for-profit business venture.

“Our goal is to provide Jewish supporters of Senator Obama with creative means to start conversations with their families, friends and fellow congregants, and hopefully help build the Obama movement as we head into the presidential season,” wrote Matt Walters, one of the volunteers who helped develop the yarmulkes, along with Alex Sherman and Josh Bloom, in an e-mail to The Shmooze.

The yarmulkes are available through the group’s Web site, http://jewsforobama.blogspot.com. The cost is $5 per yarmulke plus a flat shipping fee of $5.